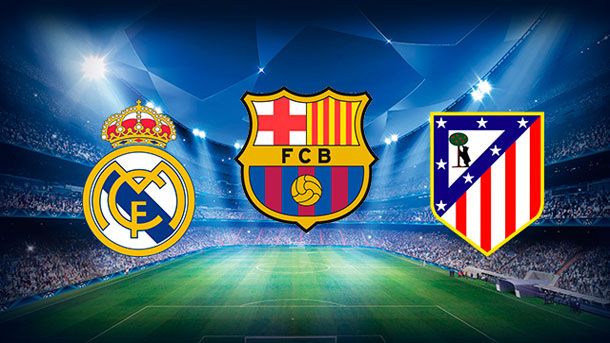 Their fate has been decided. All three have qualified with no issues. But after Monday’s last-16 draw, which of the La Liga powerhouses has the strongest case to go all the way this season?

In midweek, the El Clasico made history for the wrong reasons: this was the first goalless draw in 17 years as disallowed goals, goal-line clearances and domestic politics combined to create an overriding theme of frustration at the Nou Camp.

Diego Simeone and his Atletico Madrid side are sure to have watched eagerly among home comforts, after their 2-0 win over Osasuna on Saturday. This draw between the league’s top two means Atleti are now seven points off top spot after 17 matches this term, with a trip to mid-table Betis their last action of 2019 this coming weekend.

However on Monday this week, the trio’s Champions League fate was revealed in an intriguing last-16 draw set for mid-February. Here, I assess which team has the best chance of European success in 2020 and why, with reasons arguing for and against each individual case. So without further ado, here it is – in order of weakest to best:

Atletico have the most difficult task of the trio: dethroning the European champions first

Atletico will probably feel hard done by, given that Juventus dropped just two points on their way to win Group D in convincing fashion this month. However, there’s no more difficult test than being matched against the defending champions – a Liverpool side who stunned many critics on their route to winning a sixth UCL title in June.

For the Reds, it’ll be a welcome return to the Wanda Metropolitano in Madrid on February 18, though Diego Simeone will plan as best he can to ensure his players make it a forgettable one too. The importance of away goals cannot be understated in tricky-to-predict ties like these, where one mistake or moment of individual brilliance can prove match-defining.

Atletico have only conceded 12 goals in their last 33 UCL home games (group and knockouts included), while Jurgen Klopp boasts having the world’s most feared attacking trio to call upon. Something has got to give.

If they manage to beat Liverpool in a two-legged tie, who can really stop them? Plenty has been said about managerial fatigue and frustration surrounding Simeone, but he’s one of the world’s best coaches and still has key players fighting relentlessly for him on the pitch.

Powered by Jose Giménez and Kieran Trippier’s career resurgence, their backline continues to quietly impress. Now, they have a golden opportunity to prove precisely why they’re one of the competition’s dark horses against Liverpool.

Joao Felix’s big-money arrival over the summer was an exciting look into the future for a side not known to splash that sort of money – nor take such risk – for talented youngsters. Nonetheless, questions will be asked about whether they’re truly good enough to prevail against top sides over two legs, rather than a one-off fixture.

It’s unfair to pin all their hopes on Felix/Saul/Gimenez and influential goalkeeper Jan Oblak so with that all in mind, have they truly improved enough to expect a deep run this season? Probably not. 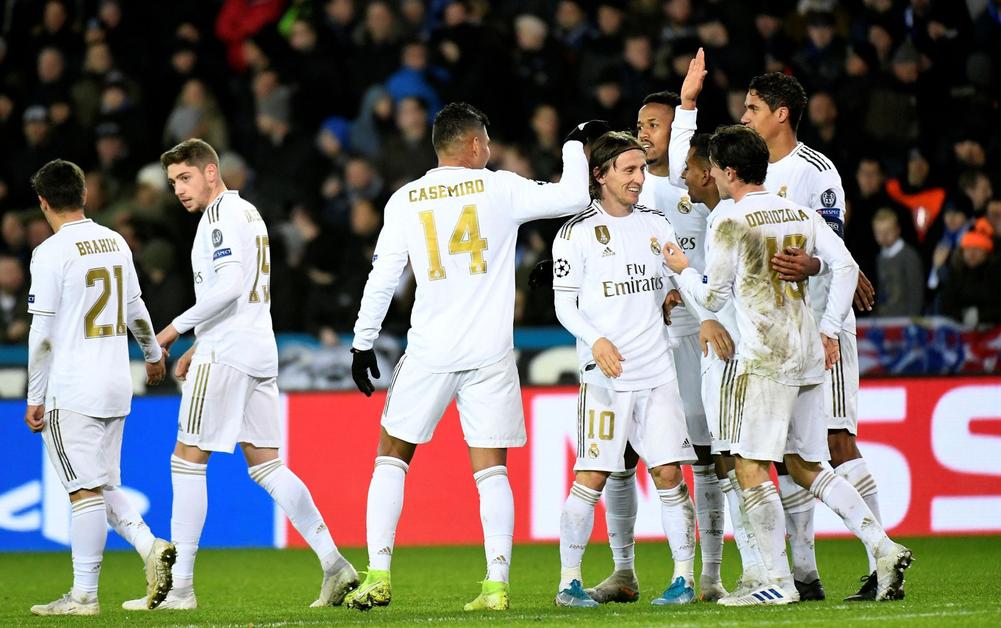 In a rematch of the 2015-16 semi-final encounter, Real Madrid will be looking to repeat their success against Manchester City – albeit against a completely different side with Pep Guardiola at the helm. Their title defence has been poor this term, but the Citizens haven’t been helped by injuries to key personnel: Aymeric Laporte, Leroy Sane (both knee) and Sergio Aguero among those sidelined this term.

From those who featured during the two-legged tie under Manuel Pellegrini, only six remain: Raheem Sterling, Kevin de Bruyne, David Silva, Fernandinho, Nicolas Otamendi and Aguero. Real meanwhile, can no longer rely on Cristiano Ronaldo’s goalscoring prowess to help them edge out tricky knockout fixtures.

They’ve failed to sufficiently replace the Portugal international since his departure for Juventus in July last year, which is another reason why this exciting clash has been billed as a 50-50 where either side could progress from. Zinedine Zidane or Pep Guardiola?

Say what you want about last season and how Ajax outclassed them, but Real Madrid possess the most prestigious Champions League pedigree and know how to turn up the heat when it matters most. It’s why they have recovered from precarious situations, managing to earn results from losing margins – they’ve already done so on four occasions across all competitions in 2019-20.

They should have beaten Barcelona in midweek, having had the better chances and dominated for large periods at the Nou Camp. Zidane was criticised for their sluggish start to the campaign, but they were still settling after a summer splurge where many players either had existing injury problems or sustained new issues. He has started to show his preferred eleven once everyone is fit, but Real are historically a side that often saves themselves for the crucial months of a season after their winter break anyway.

Karim Benzema has led the line confidently and is finally getting the respect he deserves as a world-class forward, while we’re yet to see the best from Eden Hazard too. They have experienced, dependable figures capable of match-winning brilliance such as midfield maestros Toni Kroos and the declining Luka Modric, who has a point to prove with 21-year-old Federico Valverde usurping him in the pecking order.

Even if they manage to keep City at bay for 180 minutes, there are other top attacking sides who await in the quarter-finals and beyond. Real’s overall defensive quality has often been overlooked – largely because of Ronaldo and his supporting cast. Since his departure though, their weaknesses have been ruthlessly exposed and it’s why they spent over £150m trying to remedy an ageing backline.

Sergio Ramos (33) and Marcelo (31) are declining, Raphael Varane (26) can’t do everything at the heart of their backline while 21-year-old Éder Militão has featured sparingly since his big summer move. The fear-factor they enjoyed against other top sides has disappeared post-Ronaldo, PSG and their bold displays are evidence of that.

Liverpool, Juve, Bayern and the Parisiens themselves all boast devastating frontlines and while their passage into the last-eight is far from guaranteed, it’d be a surprise if at least two of the quartet didn’t progress. You do the maths. 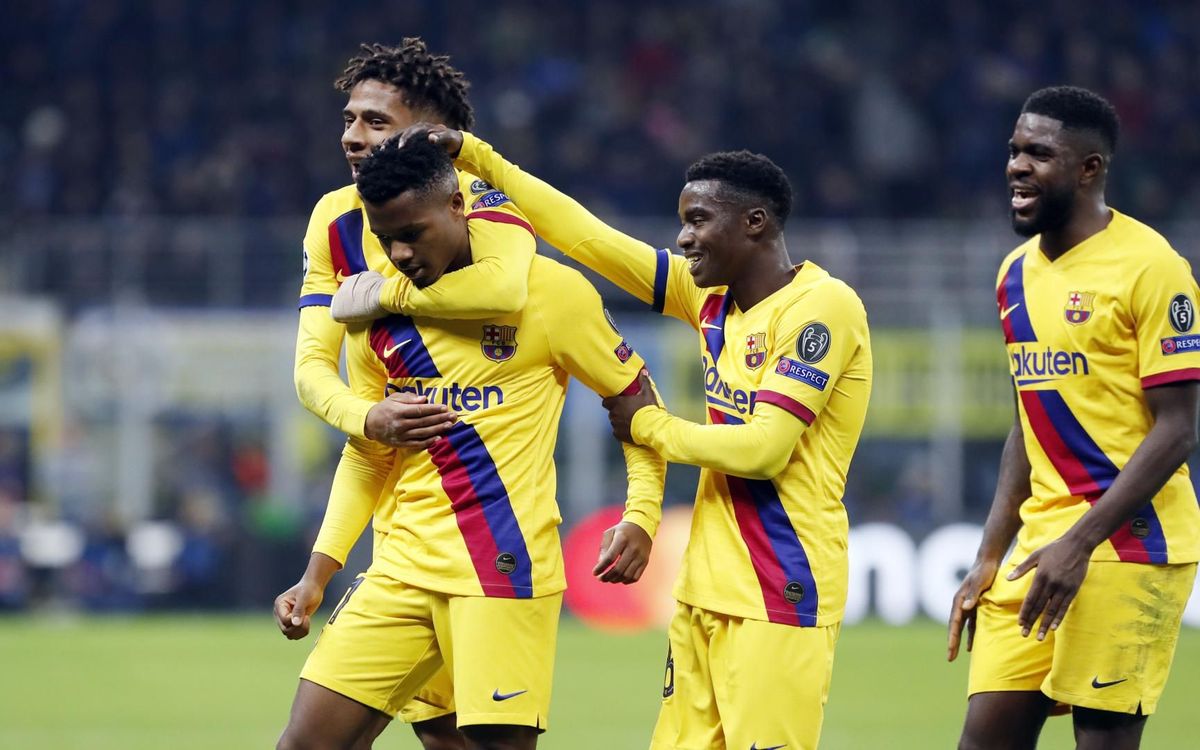 Barca displayed grit and determination to win in Milan, but will it translate in the knockout rounds?

Barcelona had plenty to deal with in a Group of Death situation, yet came out on top with two matches to spare. Plenty was expected from Inter Milan and Borussia Dortmund, a pair of sides packed with quality and European pedigree to boot. Neither really justified such hype, instead being nullified by a mix of poor decision-making and good defending.

Elsewhere, a refreshing dogged side to Barca’s play emerged. They were not always easy on the eye, but crucially got the job done and survived waves of pressure that you wouldn’t usually expect them to have recovered from, which leads me onto my following argument..

Lionel Messi and Marc-Andre ter Stegen. Valverde has indispensable luxuries at his disposal: the world’s best player and – argue at your peril – best goalkeeper too.

Liverpool’s Alisson Becker might have won the accolades after a great campaign for club and country, but ter Stegen’s excellent displays over numerous seasons means it’s hard to look past the Germany international in that regard.

He makes difficult saves look easy with nonchalant ease, his distribution is brilliant and personifies the true meaning of a last line in defence. When all else fails, Barca can rely on their number-one to bail them out of trouble: something he’s done on a handful of occcasions already this term.

In five group stage games, the 27-year-old’s made 17 saves – including a penalty stop to deny compatriot Marco Reus and a brilliant individual display to keep Slavia Prague at bay during their inspired home showing on MD3.

If not for his contributions, they would have easily lost both games and mathematically finished as group runners-up instead of Dortmund, who now face PSG for a quarter-final place. Given Napoli’s recent club crisis, they should be thankful.

You can go on all day describing Messi’s brilliance and how this truly is his team: unrecognisable without him in it, even when half-fit with no match sharpness, the Argentine occupies a variety of different positions to create from deep and importantly punish opposition defences with ruthless precision.

He’s netted two goals and created three assists in four-and-a-half group games (Dortmund cameo on MD1), but those stats don’t do his influence much justice either.

Rested for a UCL game when fully fit for the first time this decade for their 2-1 win over Inter on MD6, he would have been happy to see teenage prodigy Ansu Fati score a late winner, but there’s no doubting who the main man is, even with Suarez on the decline and Antoine Griezmann keen to impress after his big-money move this past summer.

Recent UCL history has not been kind to Barca and 2020 will mark five years since their last triumph in the competition. Having suffered ridiculous comeback defeats by Roma and Liverpoool in successive seasons as they let seemingly unassailable leads (3-0, then 4-0) dramatically disappear away from Catalonia, many will suggest there’s no reason why it cannot happen again.

They’re not wrong. Barcelona, just like Real, possess a shaky backline that can be exploited by pacey attackers and fluid movement in-and-around the final third. Many teams have exposed this flaw over recent seasons, not least Juventus and PSG, who are widely regarded as dark horses to go all the way this season.

Samuel Umtiti has struggled to recapture his best form after troublesome injuries, while his compatriot Clement Lenglet remains frustratingly inconsistent despite being an impressive defender. It’s unfair to suggest Gerard Pique be the sole saviour for their defensive woes either, after all, he turns 33 before they travel to Naples in the first leg and a lack of mobility means he too can be made vulnerable.

They’ve struggled in pivotal away games but so far this term, have proven a capability to grind out tricky results away from home – a goalless draw against Dortmund with a half-fit Messi, earning smash-and-grab wins against Slavia Prague and Inter Milan.

Sure, it was the group stage and will not be memorable in the grand scheme of things, but nonetheless must stand Valverde’s side in good stead for the future as a range of players displayed their capabilities to step up when called upon.

However, their biggest test is when they have to play without Messi entirely. Their over-reliance on the Argentine to do virtually everything creatively cannot be overlooked, especially when you judge the collective performance against Real in midweek. If he’s injured or suspended and forced to miss a knockout match or two, can they cope?