I got the thoughts of an LA Clippers expert to assess how the 2019-20 NBA season has gone so far, with intriguing opinions on the league, individual players and topics discusssed: including early Rookie of the Year and MVP candidates.

Christmas is fast approaching and in NBA terms, we’ve already surpassed the quarter-mark-point in the 2019-20 regular season. Most teams have reached the 30-game mark and in a long 82-game campaign before the postseason starts in April, it’s time to reflect on what has been an unpredictable start before 2020 begins.

Brilliant starts to the season for both the Lakers and Bucks mean they top their respective conferences at Christmas. But in a 30-team league, there’s plenty of storylines to follow with many teams eyeing a postseason run, as the Golden State Warriors’ dynasaty has been put on ice. A summer of significant player movement means this year’s league is extremely competitive, waiting to crown a new NBA champion too.

So, I spoke with LA Clippers expert Jack Brown to get his thoughts on what has been an exciting start to one of the most unpredictable seasons in recent memory.

Mosope: So first question Jack, the Clippers are 22-10 at the time of writing, so how do you think the season has gone so far? Any surprise performers or interesting trends to report?

Jack: I would say despite Kawhi not playing in back-to-backs, PG missing the first month or so, our record is decent. Recently though, we’ve blown multiple 15-point leads and struggle consistency. A standout player besides those two would be Moe Harkless: he’s been guarding everyone from 1-5 with great success. 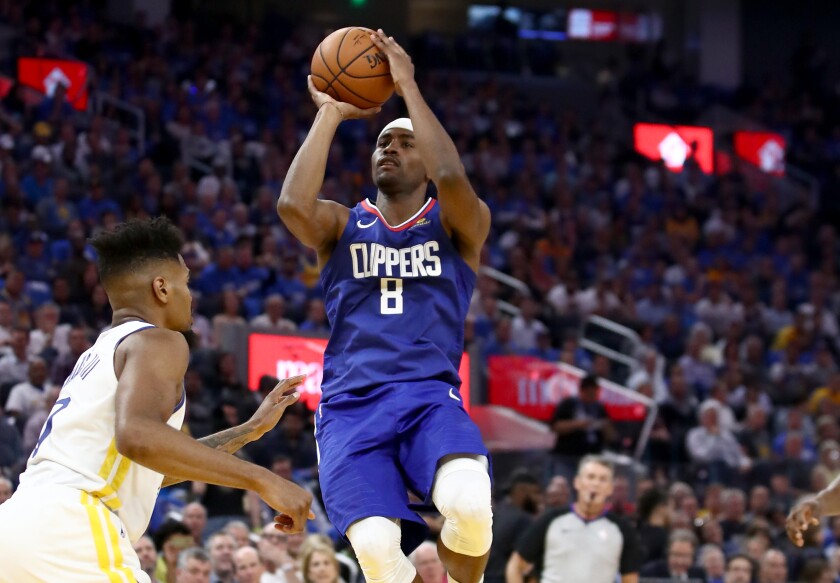 Harkless has begun the season well, having been traded by the Trail Blazers back in July

We have had some impressive games but equally some duds too. I feel like by April if healthy, we’re going to be as good as anyone in the league. The biggest problem right now though, is taking our foot off the gas pedal when leading – we need to play 48 minutes, not 24!

MO: I’m glad you brought up Kawhi there, as that leads nicely onto my next question. A lot is said re: load management, whether he’s truly been injured and why the whole situation is damaging for the league. What do you think about resting key players in the regular season, considering how the Raptors handled his injury susceptibility last year?

JB: Honestly, if it works then do it. We have been load managing Kawhi, who actually has a knee injury. I should add that he looks more and more explosive as the season continues, especially against the Spurs a few nights ago.

MO: That’s fair and I agree but given the demanding nature of this league and its consumers, I can see the other perspective too. Obviously they haven’t played together too long but do you like what you’re seeing from the PG-KL combo when they’re both on-court? Any major strengths or weaknesses there?

JB: Honestly, it’s a great duo. When both play, we win most games and convincingly too. They compliment each other very well, both give one another a fair amount of shots each game. They’re only going to get better as the season progresses – I noticed Kawhi plays better with PG on the court, so obviously something must be working. In fact, the whole team shoots better with Paul in the lineup.

Looking across to the Lakers, among other West rivals

MO: That’s naturally a good sign, though it’ll be interesting to see whether things change once the postseason begins! What do you think of your crosstown rivals (24-6) so far then, and the LBJ-AD combo? You play them on Christmas Day…

JB: They’re not as good as their record suggests. Easier schedule and less injuries but because of LeBron, I think they might have an edge. They turn to defense, which they play expertly into offense with deadly efficiency. AD has been the Defensive Player of the Year to date and with him, they get a lot of easy buckets in transition – that’s hard to beat. However, he’s a 24/7 injury concern so that’s also something to keep an eye on.

MO: They’ve lost their last three games and will still top the West at Christmas, so are the Lakers doing too much with tougher challenges to come in the postseason once every team is fully locked in? I’m thinking about that Bucks loss last week in particular…

JB: Yeah, I think it’s possible they burn themselves out like Golden State did when they won 73 games. LeBron turns 35 next week! I mean he’s a superhuman but even the greats can’t defy age. Last year, the Raptors were the second seed and they won it all.

MO: Yeah, father time is cruel and no-one truly predicted they’d go all the way either. How do you feel the Clippers have done in the big games to date this term?

JB: A mixed bag. Kawhi has missed a few big games, we had some great wins against Lakers, Houston and Boston but also some poor sloppy defeats against the same Houston team a month later, among others. The Bucks game was obviously embarrassing, so that’s a concern – although they are beating everyone right now. We are built for the playoffs, not the regular season, so my answer is to basically wait until April.

MO: Defiant, I like it! Assessing the West contenders, do you like the look of the Russ-Harden combo? Luka Doncic and the Mavericks are making some early noise, the Nuggets are impressive even without Jokic hitting his stride yet…

JB: I tell you what Harden and Westbrook lowkey are contenders to win the West, like serious contenders. I seriously think they could beat anyone. Luka and the Mavs are honestly last year’s Portland and will cause problems. The Nuggets are in trouble at the moment though, they haven’t really improved and I can see them falling short again. 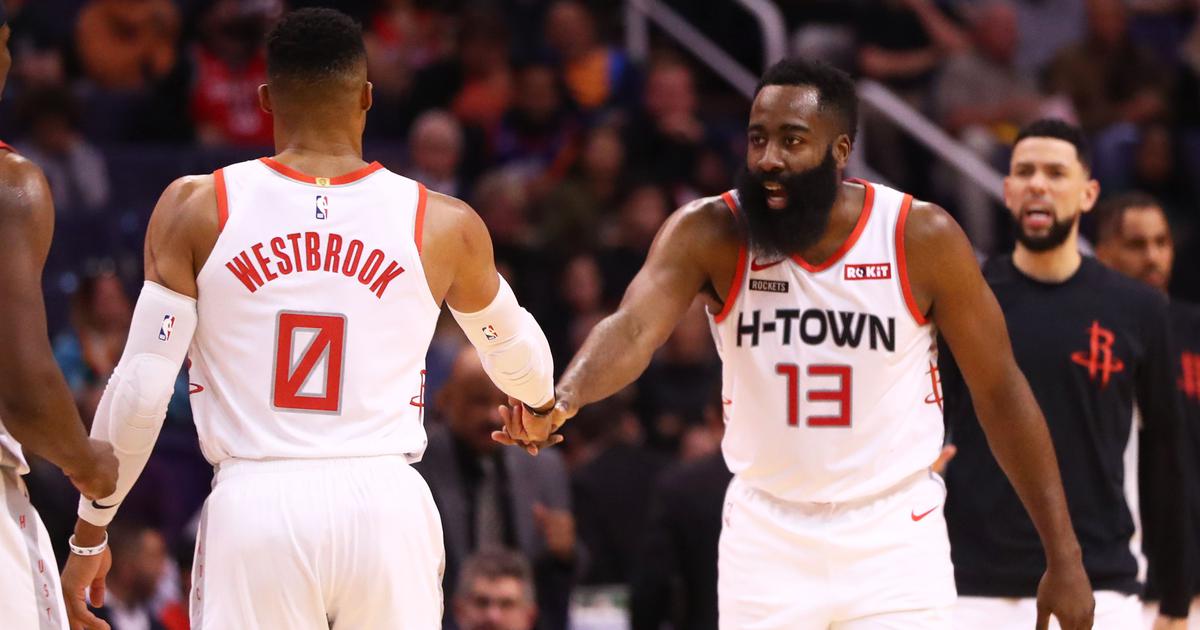 MO: You think they’re in trouble? Jokic has struggled to make *that* leap but they’re 20-8, I just don’t know whether it’ll translate in the postseason…

JB: Yeah, I don’t like their team plus Lakers/Clippers/Rockets are all better. They have good players, not great ones.

Giannis and record-breaking Bucks top the East, but who else is there?

MO: Hmm, fair. Giannis and the Bucks top the East, do you see any real competition in that Conference for them? Boston (20-7) look good with Kemba replacing Kyrie, Jimmy Butler’s silencing the critics with Miami and Toronto are doing better than expected post-Kawhi – even if the 76ers are struggling right now.

JB: Well honestly? The only competition for them is the 76ers. Like proper competition – they have star power at all positions and come playoff time, they’re going to be tough to beat as their home court is one of the league’s best.

They have size, defence and are the only shot at stopping Giannis. Everyone else doesn’t have the pieces, might be better coached but to beat the Bucks, you need talent and 76ers have more, although the Bucks are a better team. 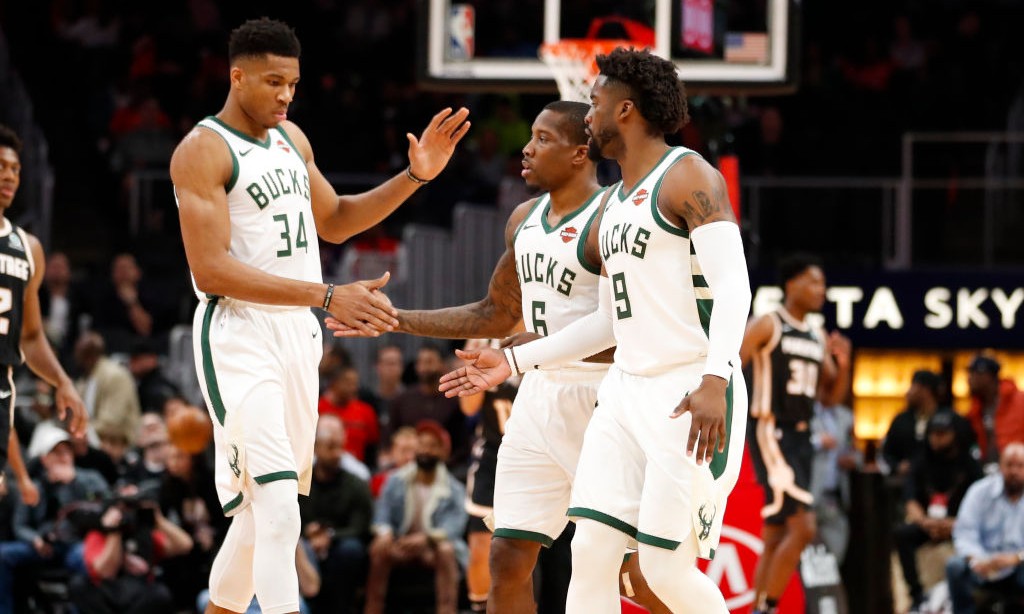 MO: Big fan of how you’ve just shut down all the other teams there, thanks for that! I agree to an extent but am glad Kemba’s doing well in Boston, he deserves it.

JB: Yeah, I actually said Kemba’s overrated but it looks like I could be wrong..

MO: Back to the Clippers briefly. I don’t really follow them too tough, I keep track of their results and watch big games but I’m a really big fan of Montrezl Harrell and like Lou Williams too… for those who don’t know who they are, how important are they to your championship chances this season? 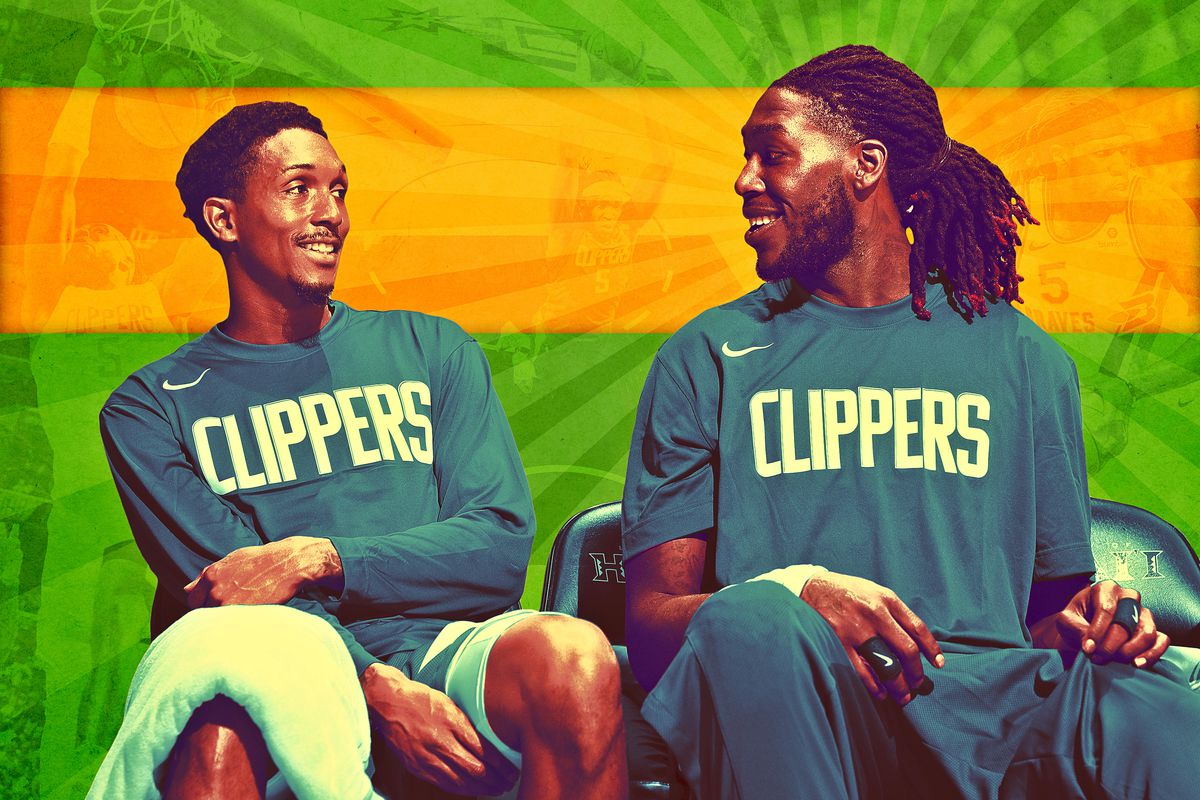 JB: Just as important as the rest of the team. They play in the closing lineup of games with Beverley, PG and Kawhi They play 22+ minutes too. No-one can guard them but Lou is a weakness on defence, especially last night OKC went at him. Harrell is undersized and can get out rebounded and outmatched by bigger players sometimes.

Looking ahead to 2020, potential award winners and bold predictions

MO: Fair enough. It’s not too early for award candidates, is it? Rookie of the Year and MVP nominees, go! 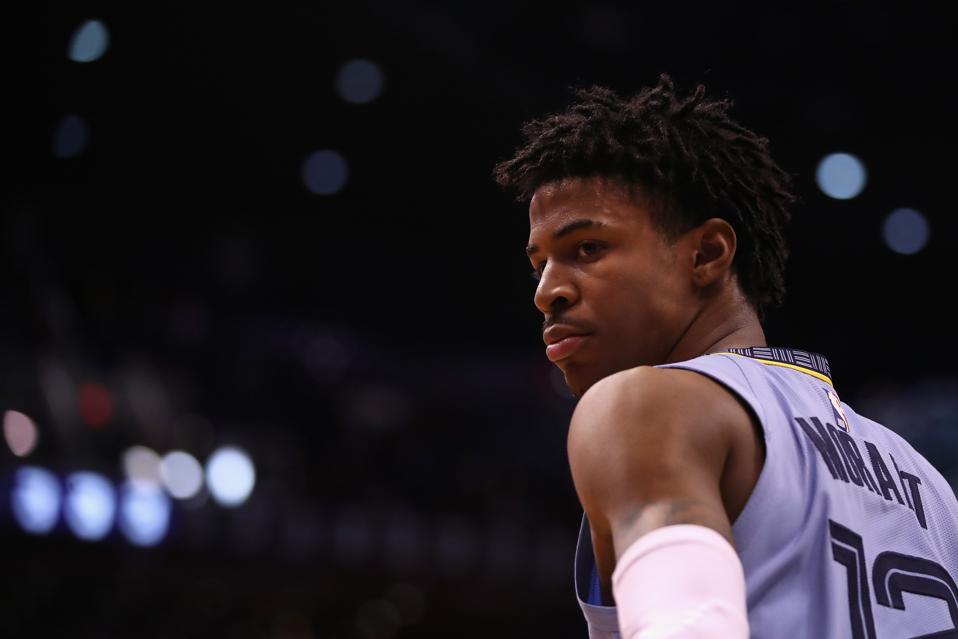 MO: I know you follow OKC too, so was their win over the Clippers bittersweet? How has their rebuild-starting season been? Shai is doing very well there!

JB: Yeah it was a good win, just annoying it was against us. It was looking horrible for a little while but with Chris Paul’s presence, they have quickly turned it around and are playing great now. Everyone looks in good shape and Shai is showing again why he’s a future All-Star.

Shai has settled quickly in Oklahoma, tying his career-high vs. former side Clippers last night

MO: I agree, glad to see he’s settled in well there after that big summer trade. Finally from me to finish, any bold predictions for the rest of the 2019-20 season? Any surprises we’re going to see between now and April, disappointing players/teams?

JB: Bold? Rockets will win the West, 76ers will win the East. Brooklyn Nets will beat Boston/Miami/Indiana in the postseason, Clippers will clinch the first seed by early April.

Disappointments? Nuggets, Spurs and Utah Jazz in particular are the biggest right now. I think they will turn it around, because historically they are a great second-half of the season team. Particular players who need to step up, Mike Conley after that trade and Donovan Mitchell – who honestly hasn’t really improved all that much.

MO: Yeah, I was expecting more from him after that playoff series against Houston last year… talk about bold predictions though, we’ll have to see…

A big thanks again to Jack (@Logic2712) for his time with this piece! If you’ve got this far down, I’ll be looking to do more Q&A-type NBA articles like this one with other experts too. If you liked this and want to contribute in future, don’t hesitate to contact me.

It’s the first time Jack has featured in my work but won’t be the last, as we’re likely to discuss topics again near the All-Star break in February. Be sure to stay tuned for more!