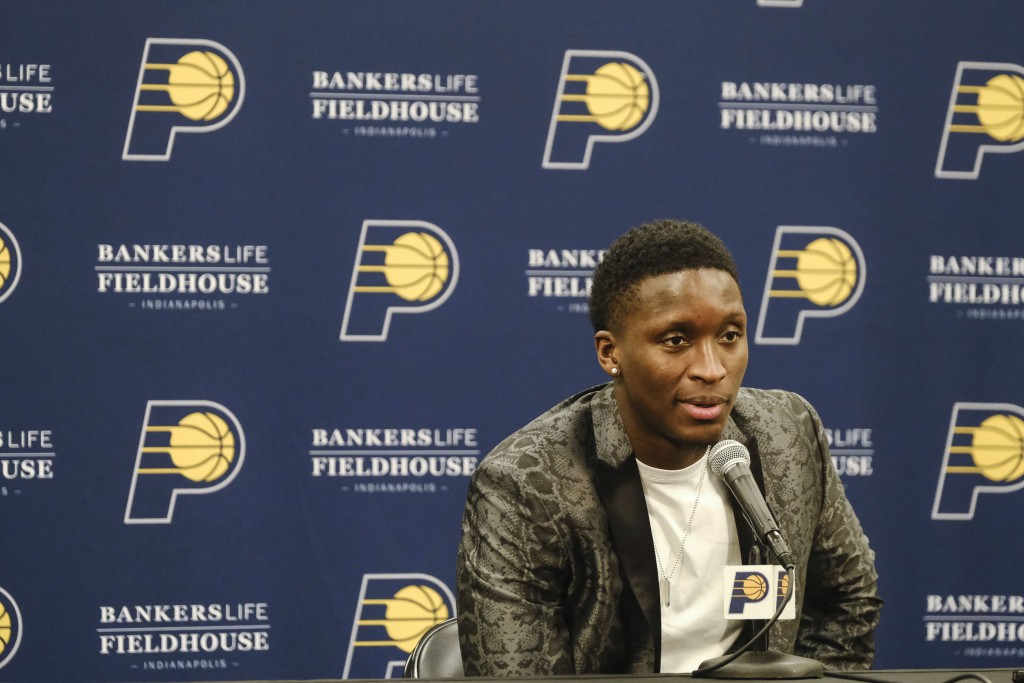 Indiana Pacers’ Victor Oladipo and Pelicans’ number one pick Zion Williamson are both expected to make their season debuts before January is over, as they look to boost their respective teams’ postseason hopes in contrasting conferences…

It’s been a long road to recovery for Indiana’s All-Star guard Victor Oladipo, who ruptured his quadriceps tendon during a play against the eventual champions Toronto Raptors twelve months ago, had it surgically repaired days after, and has been made to wait patiently ever since.

Oladipo increased his workload in November and December, having been cleared to do full-court workouts. Practice in the G-League proved beneficial too – whenever his teammates were on road trips or unavailable to practice, further accelerating recovery.

Pacers HC Nate McMillan had this to say: “He’s been working hard for a number of months. He hasn’t had any setbacks in all the workouts he’s had as far as 5-on-5 play. They’ve been really looking at everything closely when he’s gone a couple days in a row. Everything is looking good.”

Despite being quizzed, he’s refused to place a specific time-frame on his recovery from injury, which was wise considering how difficult it is to predict. Nonetheless, he’s kept himself busy in the meantime, whether that be through media appearances or being an invaluable member of the Pacers, cheering his teammates on from the sidelines.

Oladipo has often been seen cheering his teammates from the bench, providing moral support

Just In: Pacers star Victor Oladipo tells NBA Insider @ShamsCharania that he plans to make season debut on Jan. 29 at home against the Bulls, returning from yearlong absence after torn quad tendon in his knee. pic.twitter.com/c7oC8eeLZG

As quoted by the Indy Star, Oladipo told the Pacers’ press conference: “I can feel myself getting stronger, actually starting to feel kinda normal. It’s a great feeling – when I’m out there playing, it feels good.

I have no idea [whether he’ll start or come off the bench], I’m just glad I can even put on a jersey again. It’s been a crazy journey, tough but it’s molded me into a better person and I truly believe that.”

Oladipo was averaging 18.8 points per game on 42.3% shooting, with career-highs in rebounds (5.6) and assists (5.2) before being sidelined on that fateful night last January.

He’ll be hungry to make up for lost time upon his return.

For context, the Pacers are 23-14 this season and that’s without their best player in tow. Although there will naturally be a settling-in process – he hasn’t played for twelve months – you can only imagine how their Eastern Conference rivals respond once one of the league’s best players returns to the court.

Zion edging closer to season debut, slated for some time this month

After successful knee surgery in October, Zion has begun 5-on-5 workouts and his return is near

Zion Williamson participated in 5-on-5 drills at practice on Tuesday, as he made a huge leap towards finally making his NBA debut. Having had knee surgery on October 21, this date marked the first time since that operation the highly-rated teenager – last summer’s number one draft pick – was able to participate in 5-on-5 action with teammates.

Before then, he’d been working on 3-on-3, 4-on-4 drills with a variety of coaches, staffers and players. He has already been seen in shootaround and been a more frequent pregame theme in Pelicans’ warm-up routines before games, though HC Alvin Gentry ultimately revealed that unlike Oladipo, they don’t have a specific date pencilled – instead taking each day as it comes.

“We’re hoping that it’s soon,” Gentry was quoted as saying by ESPN.

He will not be allowed to make his season debut until featuring in more full practices, though their upcoming road schedule – New York, Boston and Detroit before this week finishes – means he won’t be internally cleared to play for a little while longer.

Zion? He would have already made his debut, if allowed to decide for himself. They have already revealed he’ll be on a minutes restriction when initially taking to court – understandable – while unlikely to feature in back-to-back games. 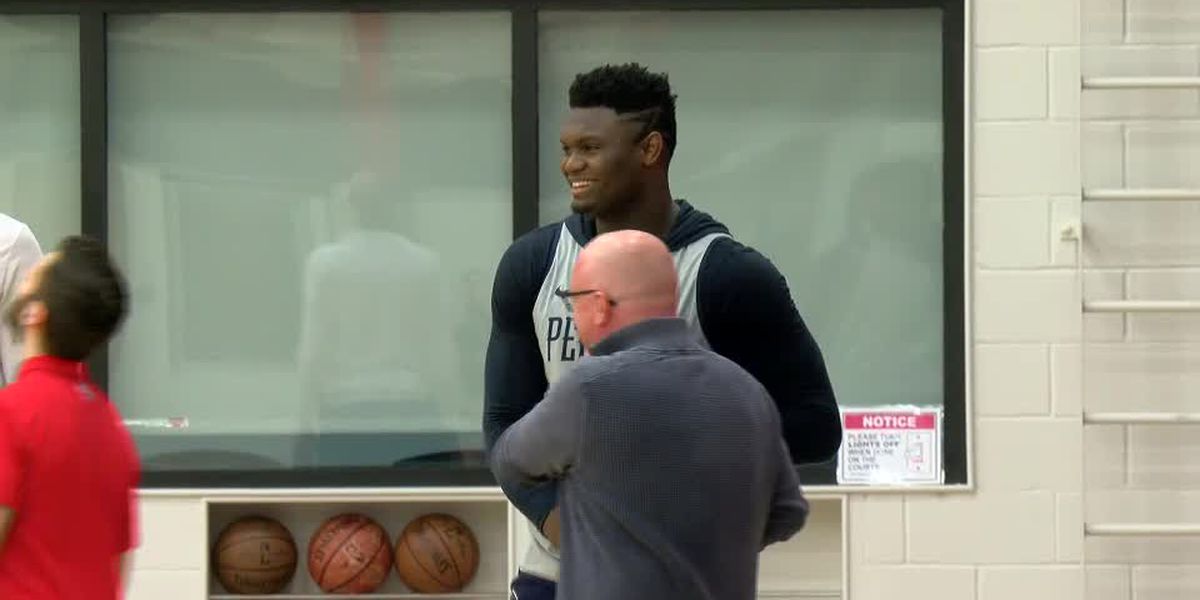 “It’s not worth the gamble of just trying to make this thing something that it’s not right now, we want to make sure everything is in place and we’ll take our time. Obviously he’s not going to come out and be a 30-minute-a-game guy. It’s going to be a slow process to get him to the minutes everybody wants to see him.”

Despite a dreadful start to 19-20, which linked Gentry with the exit door and a number of their key players with trades before next month’s deadline, New Orleans have won six in their last nine games and find themselves just four games out of the Western Conference playoff race following a controversial defeat by the Utah Jazz on Monday night.

“We got a glimpse of what we think he could be in preseason, but obviously the regular season is much different. He’s going to be a really good player, it doesn’t matter time-wise, but we know that’s going to happen. We just have to be a little bit patient – it’s not anything that’ll happen overnight.”

One thing is for sure, Zion’s return is eagerly-anticipated and his teammates – none moreso than in-form guard Lonzo Ball – are aware of just how integral his presence can be in what they hope is a welcome start to the new decade.

Which other players are currently injured and when will they return?

Brooklyn Nets: Kyrie Irving (shoulder) – not expected until January 20 at the earliest, is a hopeful timeframe while Kevin Durant (Achilles) will not feature until 2020-21. 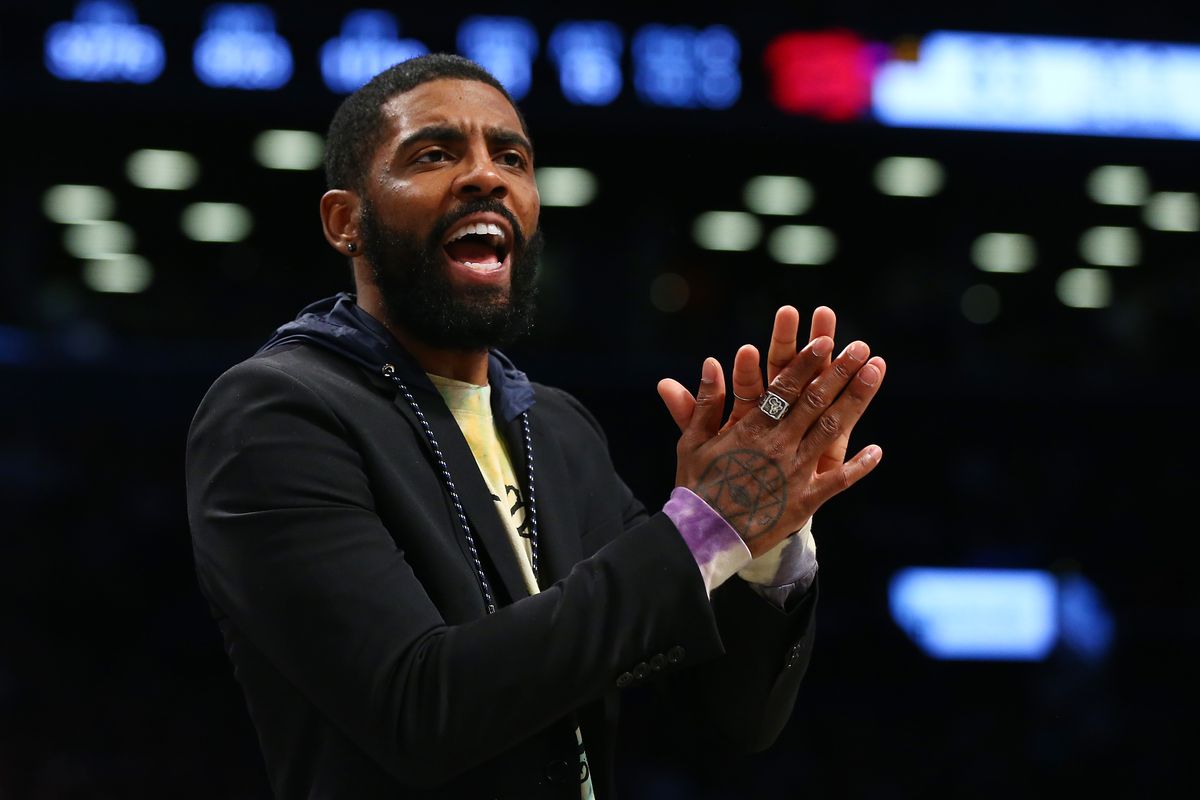 Kyrie aadmitted if his shoulder issues don’t subside, he might succumb to surgery

Denver Nuggets: Paul Millsap (knee), Will Barton (personal) both ruled out until January 11

Detroit Pistons: Markieff Morris (foot) is listed as Jan 11, while Blake Griffin underwent knee surgery this week and won’t return until March at the earliest

Golden State Warriors: D’Angelo Russell (shoulder) is listed as day-to-day, while Stephen Curry (hand) will not return until early March – if at all. Klay Thompson (knee) is out for the entire season.

LA Lakers: MVP candidate Anthony Davis sustained a scary fall during their recent win over the Knicks, though scans showed he has a bruised back and will travel as normal with the team – probably will not play though. Listed as a gametime decision. 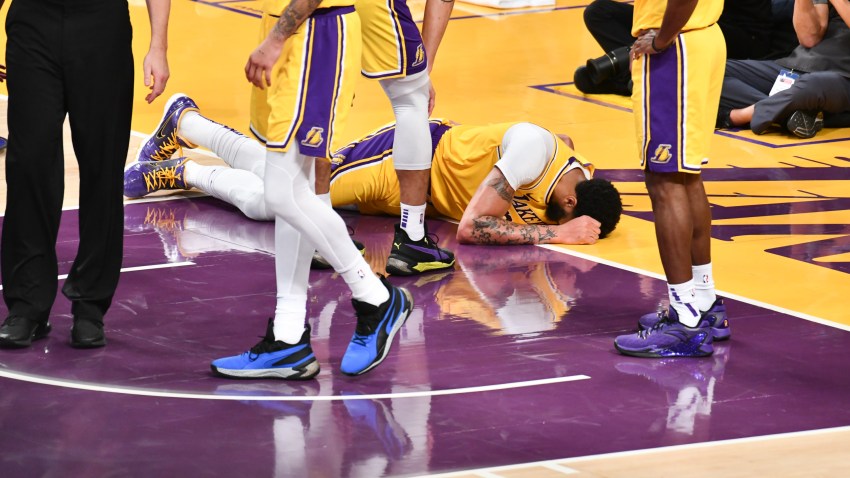 Better than first feared: AD suffered a bone bruise and will remain a gametime decision

Pelicans: All-Star guard Jrue Holiday (elbow) will return at some stage in the next week, having missed their last two games

Philadelphia 76ers: Their All-Star center Joel Embiid (finger) sustained a gruesome-looking finger injury against the Thunder in midweek and will not feature until this weekend, at the earliest.

Toronto Raptors: Fred VanVleet, Marc Gasol (both hamstring) and Pascal Siakam (groin) are all ruled out with their respective injuries and will not be reassessed until this weekend