Ernesto Valverde’s dismissal on Monday felt long overdue, but how will Barcelona players – first-team regulars and those eager to impress – respond under new manager Quique Setién as they enter the business months of 2019-20 and beyond?

Midway through the 2019-20 campaign, Barcelona might top the La Liga standings on goal difference but they’ve underwhelmed in a number of big matches this season.

It’s why news of Ernesto Valverde’s dismissal on Monday was greeted with widespread relief and happiness from Barca supporters, who feel the Spaniard’s tenure worsened with time and that the 55-year-old Spaniard should have been sacked a long time ago.

Their Spanish Super Cup defeat by rivals Atletico Madrid on Wednesday was their first loss across all competitions since November 2 against Levante, but ultimately proved the writing on the wall – given the managerial chop after two-and-a-half years in charge.

Despite speculation suggesting legendary midfielder Xavi was poised to take over this week, former Real Betis head coach Quique Setien has been appointed on a two-and-a-half year deal. The 61-year-old will make his debut in-front of the Camp Nou, as Barca host mid-table Granada on Sunday night.

It’ll be interesting to see how Setien handles such responsibility and power at the helm, as there will be multiple players keen to impress their new boss: either looking to earn more first-team minutes or simply justifying their worth in existing roles going forward.

Without further ado, here’s a look at three players who could benefit from Setien’s appointment:

Honourable mentions go to Moussa Wagué, who’ll be pushing for Nelson Semedo’s right-back berth and Samuel Umtiti, who had to remain patient and is determined to make up for lost time after troublesome injuries saw his stock drop dramatically last season. 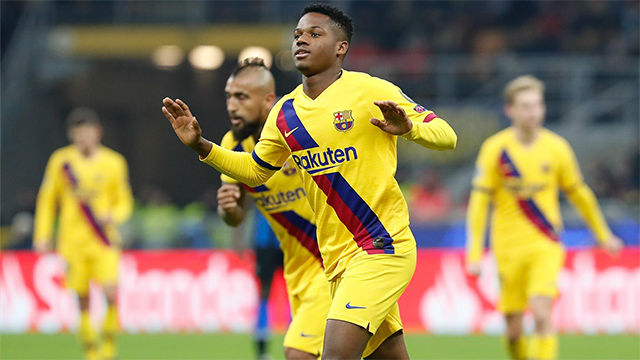 This list wouldn’t be fair without including Barca’s record-breaker, Ansu Fati. The Spain under-21 international turned 17 at the end of October, yet proved that age is just a number with his brilliant UCL matchwinner against Inter Milan last month.

That goal made him the youngest goalscorer in Champions League history, while ensuring they finished a tricky Group F unbeaten and more importantly with a morale-boosting victory before the knockout stages resume in late February.

By the time they travel to Napoli on February 25, winger Ousmane Dembélé is expected back after sustaining yet another hamstring problem: cruelly on MD5 against his former club Dortmund at the end of November.

Fati has only made two fleeting appearances since that evening in Italy: an impressive cameo during their goalless draw in El Clasico on December 18 and a futile two minutes during the 3-2 defeat by Atletico last week. Given his current ability, Barca’s creativity issues and their need for another dimension not named Messi, he deserves more.

Whether he’ll get it or not over the next month remains to be seen but should he impress, there’s no reason why he won’t assert himself as a mainstay in what you expect to be a three-pronged attack alongside Messi and Griezmann, availability permitting. 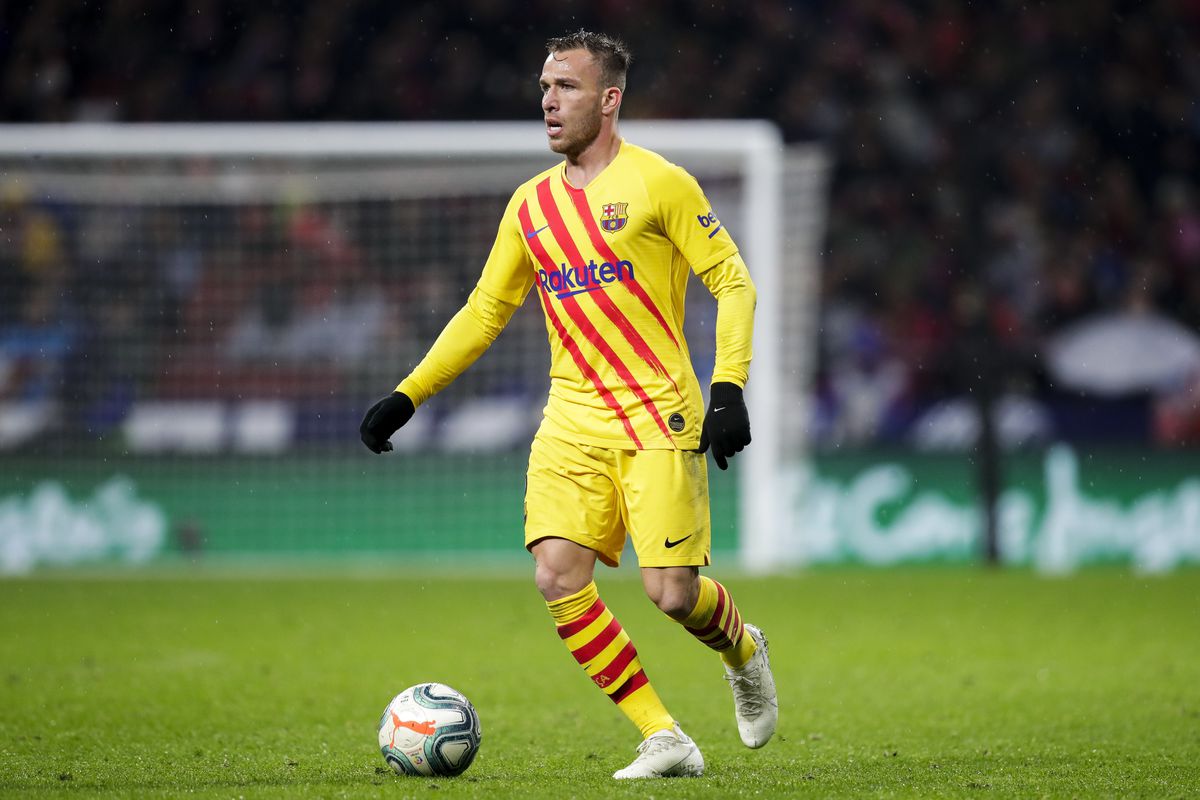 It wasn’t too long ago that Barca fans were heralding Arthur as the heir to Xavi’s throne in midfield. With a fresh start under new ideas, there’s no reason why the Brazilian cannot fulfil that potential – provided he stays fit.

His last outing was on December 1, during their last-gasp 1-0 away win over Atletico. The 23-year-old has only made 12 appearances (all comps) this term with troublesome pubis injuries and inconsistency seeing him fall down the pecking order, in a team whose midfield largely seem both disorganised and vulnerable at times.

They have excellent individuals, though have failed to truly mesh together well as a collective unit and there’s no reason why Arthur’s impending return cannot help them do that. Comfortable in possession, he’s a confident ball distributor and takes calculated risks under pressure, much to the delight of Barca fans as he roams through midfield.

Valverde urged him to get more involved with goals and assists in the final third – such are his creative abilities – though he also relishes putting in a defensive shift when needed, while being much younger than the inconsistent pairing of Ivan Rakitic (31) and Arturo Vidal (32).

Recency bias means Frenkie de Jong is Barca’s shiny new toy, after joining from Ajax for £67.5m last summer. Nonetheless, Arthur is slated to return soon and that news comes at an opportune time with a new boss to impress as he aims to thrive in the business end of what has been a frustrating campaign so far.

Griezmann needs to step up, now more than ever, in Suarez’s absence

They say timing is everything in football and that sentiment cannot be more fitting from Antoine Griezmann’s perspective than how things are shaping up right now. The 28-year-old forward has netted nine goals and created four more across 25 appearances in all competitions, but it’s largely been a frustrating debut campaign with the Blaugrana thus far. That could all change in the second-half of this season.

With a £108m transfer fee on his back and already into his prime years, the World Cup winner hasn’t exactly settled quickly as planned to heightened expectations at Barca. He isn’t being deployed in his best position though, which goes some way to explaining the struggles he’s been forced to endure under Valverde’s rigid tactics.

His arrival was supposed to boost their devastating creative trident alongside Lionel Messi and Luis Suarez, instead it has stifled progression while acting as a frustrating reminder that Barca remain far too over-reliant on Messi to win matches on his own.

Plenty was said about Suarez’s physical decline but he was still scoring goals, linking up play well and an influential presence in the final third. Having undergone knee surgery this weekend, he’s now sidelined for four months – presumably the rest of 19-20 – and although it’s a big blow, also presents a golden opportunity.

Griezmann should now have the freedom to play in a centre-forward role. Importantly, he must prove he’s their best option to replace what Su arez provides. Whenever deployed on the flanks, he’s either easily isolated or not effective enough in games and under new management, something has to change. After all, Messi can’t do it himself.