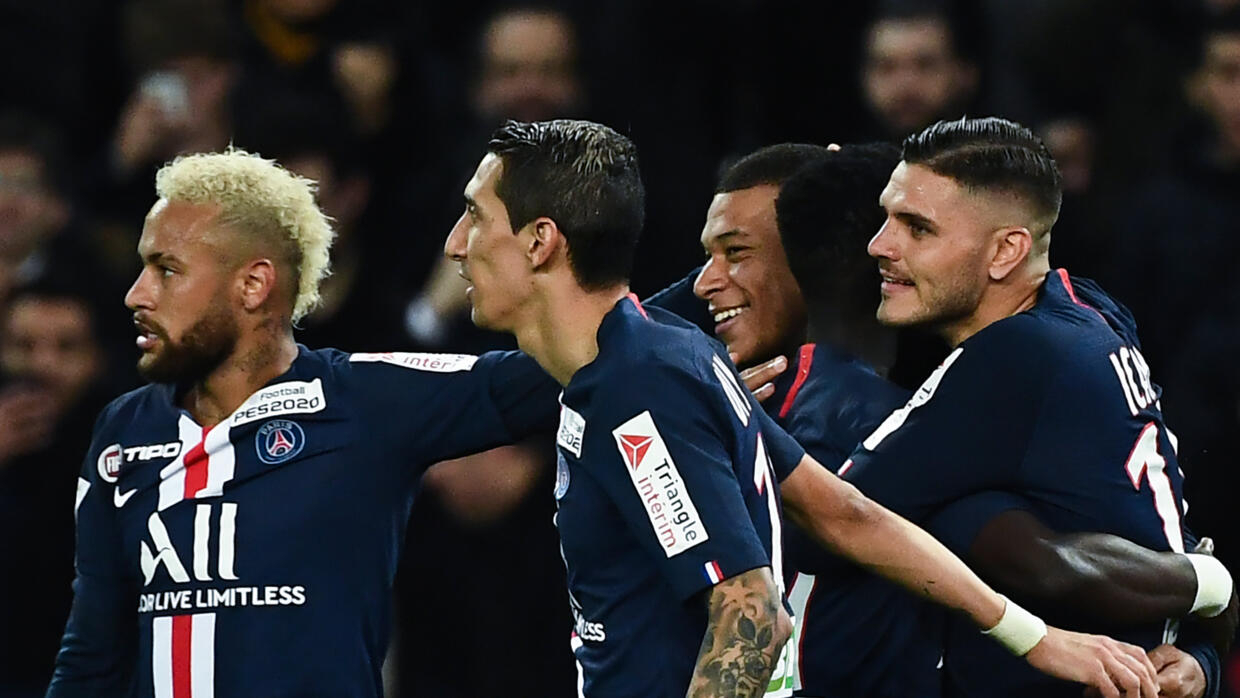 Kylian Mbappe netted a well-taken brace, Neymar slotted home a penalty while substitute Pablo Sarabia scored with just his second touch of the evening as PSG flexed their strength in depth with a comprehensive 4-1 away win over Monaco – just three days after their frenetic 3-3 draw against them at the Parc des Princes.

It was all about Neymar on Sunday night, as the Brazilian netted a first-half brace although Monaco’s counter-attacking brilliance was enough to overshadow him in Paris.

So, you could sense before kick-off that it was Mbappe’s turn to burst into stride and show his former employers what they were truly missing – after all, he delivered a frustrating display over the weekend and was determined it wouldn’t happen twice.

It’s been nearly two-and-a-half years since PSG snatched him from Monaco’s clutches and during his breakthrough campaign there was an overriding feeling of inevitability that one of Europe’s big boys would come calling. That the club in question would also be in France’s top-tier, where he’d already conquered aged 18, spoke volumes.

When you see the way he seamlessly links up with Neymar, while Ángel di Maria sprays brilliant passes to feed him in the final third and Mauro Icardi dovetails close by, it’s a frightening sight.

His two goals were taken ruthlessly, in similar positions: beating the offside-trap for their first, latching onto di Maria’s outside-of-the-boot pass and firing low into the far corner.

VAR was again on everybody’s lips

Suggestions that there was both a foul in the build-up and Mbappe strayed marginally offside were checked by VAR. Despite three minutes of deliberation, with a bemused referee helpless but to halt play, the goal stood.

Neymar got on the scoresheet just before half-time from twelve yards, after Kamil Glik was harshly penalised for bodychecking a marauding Layvin Kurzawa in the box.

Sarabia wrongfooted Lecomte from close-range to make it 3-0, just a minute after he and Marco Verratti were introduced – the Italian’s brilliant lofted pass was duly finished.

Tiemoue Bakayoko didn’t know much about it, but had the final touch after Keylor Navas was caught napping from Adrien Silva’s inswinging free-kick.

Then it was time for Mbappe – who else – to deliver the killer blow late on, slamming hard and low again to make the most of Neymar’s perfectly-weighted pass and silence any fears of a spirited Monaco comeback. One touch to flick out of his feet, another to steady himself before guiding it in off the far post. Benjamin Lecomte had no chance.

Mbappe celebrates his deadly finish late on, to put the game beyond any doubt

This was also Kylian’s ultimate goal for success in Paris. Having like-minded attackers to accompany him, with dependable defenders and a reliable supporting cast in midfield – Idrissa Gueye, Verratti – the Champions League remains their acid test.

It’s why there is such intrigue surrounding their last-16 tie against Bundesliga giants Borussia Dortmund next month, and should they come through that unscathed, what then awaits them in the quarter-finals?