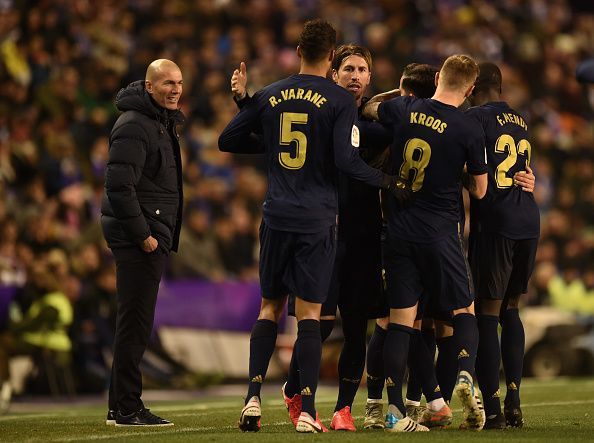 Real Madrid went top of La Liga overnight with an important 1-0 away win over Valladolid, courtesy of Nacho Fernandez’s second-half header – but what were three reasons for their latest win, as they extended their unbeaten run to 19?

Los Blancos are now unbeaten in 19 matches across all competitions, dating back to a 1-0 away defeat by Mallorca last October. Taking advantage of Quique Setien’s Barcelona losing away at Valencia on Saturday means they have leapfrogged them to lead the pack after 21 matchdays.

But why did they prevail? Here are three reasons why: 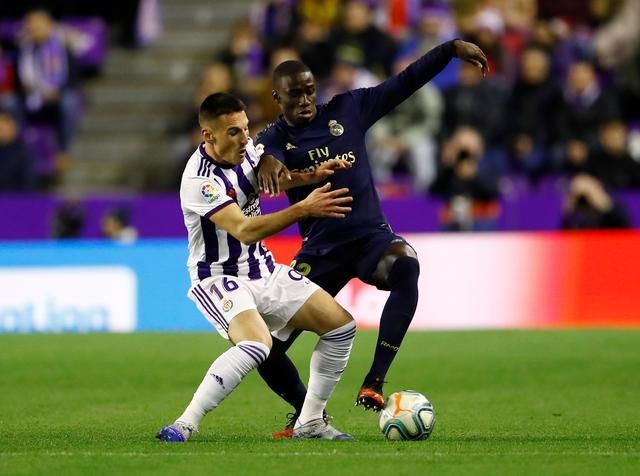 Much has been said about Real’s ongoing unbeaten run, but their defensive stats are equally impressive too. They have conceded 13 goals in La Liga this term, the league’s lowest, while only Barca (50) have netted more at the time of writing.

They’ve either managed to grind out gritty victories – Sevilla and Alaves – or done well to shut other teams out completely. Since their goalless El Clasico on December 18, they’ve now kept four clean sheets (all comps), with this most recent one being their third in La Liga.

Ferland Mendy has been brilliant despite early injury struggles and again proved so against Valladolid, making sure he was involved heavily in a creative sense as well as defensively when called upon. He completed four tackles, two clearances, one block and interception to accompany 11 of 14 duels won and five of seven successful dribbles.

Despite a first-half booking, Varane utilised his recovery pace and spatial awareness well to get the visitors out of trouble on a few occasions – only Mohammed Salisu (8) made more than his five clearances over the 90 minutes. Their defending was diligent and forceful at times, keeping Valladolid to just four shots over the 90 minutes and Thibaut Courtois didn’t have much to do. 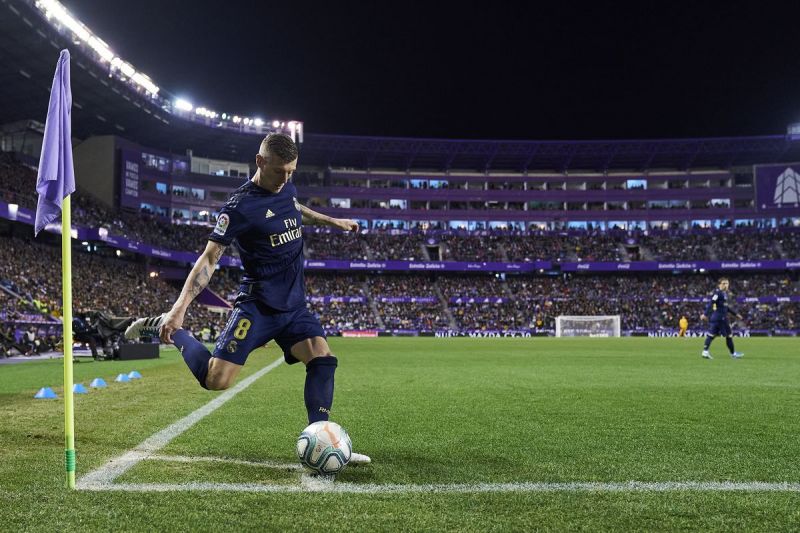 Operating in a 4-3-3 with Casemiro and Luka Modric alongside him, Toni Kroos was again Real Madrid’s best midfielder and arguably performer of the evening here too.

The 30-year-old continues to get better with age. While Modric was wasteful in possession and Casemiro was busy but being bypassed too easily at times, the German playmaker did precisely what he does: create chances for others at an eyewatering rate.

No player had more than his four key passes over the 90 minutes, while he completed all eight of his attempted long balls and maintained an impressive 97.8% pass success rate – keeping things ticking over in midfield, controlling the tempo and scanning for options to stretch Valladolid out wide.

That’s where his game-winning assist stemmed from, after his initial corner was partially cleared back to him, he received the ball on the right-hand side and swung a brilliant ball around the six-yard box with a number of players packed in the area.

Nacho reacted quickest to head goalwards over Óscar Plano, it arrowed into the bottom corner and was precisely what they deserved.

#1 Nacho to the rescue 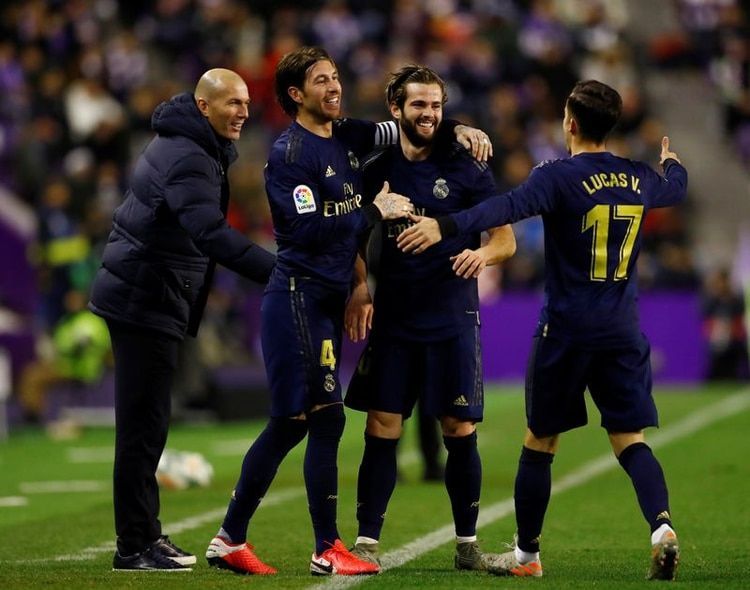 Nacho celebrates with captain Ramos, Lucas Vazquez and Zidane on the touchline

Talk about unfamiliar goal sources… Nacho’s header and subsequent celebration show his winner meant a lot to the 30-year-old Spaniard. Just shy of 200 Real Madrid games, he has now netted his 10th goal and first La Liga strike since completing a brace during their 7-1 thrashing over Deportivo this time two years ago (January 21, 2018).

It hasn’t been an easy time for him, constantly waiting for regular first-team opportunities with many suggesting he’d depart – on a number of occasions – in search of a new challenge as defensive acquisitions continue to arrive almost every season.

Having bided his time patiently again in 19-20, he made successive appearances in late September before being sidelined with an MCL injury for two-and-a-half months. He’s since made three appearances, all in different positions – left-back, centre-back and now right-back, and although it’s not an ideal arrangement, he’s not naive.

Aware his adapability and ability to remain available will prove pivotal as they prepare for their Champions League knockout clash against Manchester City next month. A matchwinning display like this is only going to boost Zidane’s faith in him for future reference, which is never a bad thing for someone who always seems like he has something to prove.