In one of the NBA’s most expansive trades in nearly 20 years, the Houston Rockets acquired the Minnesota Timberwolves’ Robert Covington and traded center Clint Capela to the Atlanta Hawks as part of a four-team, 12-player deal late Tuesday night – a move with league-wide ramifications ahead of Thursday’s trade deadline.

These deals are expected to spill out into the offseason and beyond, such is the magnitude of a trade like this one. So without further ado, here’s the trade details in full:

Hawks get:
Clint Capela and Nene

Capela traded, set to team up with Trae Young

As I mentioned earlier this week, Capela was made available by the Rockets – who have become increasingly reliant on utilising small-ball lineups with 3-point threats surrounding their superstar guard duo of James Harden and Russell Westbrook.

Statistic: Houston became the first team to go an entire game without using a player taller than 6-foot-6 since the New York Knicks in a January 31, 1963 win over the Chicago Zephyrs, according to research by the Elias Sports Bureau.

The 25-year-old Swiss center, who has been with the Rockets since they drafted him number 25 in the 2014 draft, missed their last three through a heel injury described as day-to-day – though he’s not expected to feature again until after the All-Star break.

Whether they play small-ball or not, Capela’s presence will certainly be missed in H-Town

Houston have done well without Capela this term, with a 10-1 record suggesting they are better off focusing on the aforementioned small-ball tactic that has proven more efficient in recent months. It’s a far cry from a team who regarded Capela as an integral part of their present and future core – just last season.

It’ll be interesting to see how he settles alongside All-Star guard Trae Young as well as forward duo John Collins and Kevin Huerter, though his towering defensive presence should help shore up a few glaring problems in Atlanta.

What about KAT and the Timberwolves?

Plenty of speculation surrounding Karl-Anthony Towns’ long-term future in Minnesota has continued to rumble in recent months, particularly given interest aplenty in his services and a public desire to team up with friends: namely guard D’Angelo Russell.

Unsurprisingly, their franchise player – averaging 26.9 points, 10.8 rebounds, 4.3 assists and 1.2 blocks per game this term – posted a number of cryptic pictures on Instagram overnight as the trade was announced. After all, he described Covington as his best friend on the roster and now, he’s gone too. 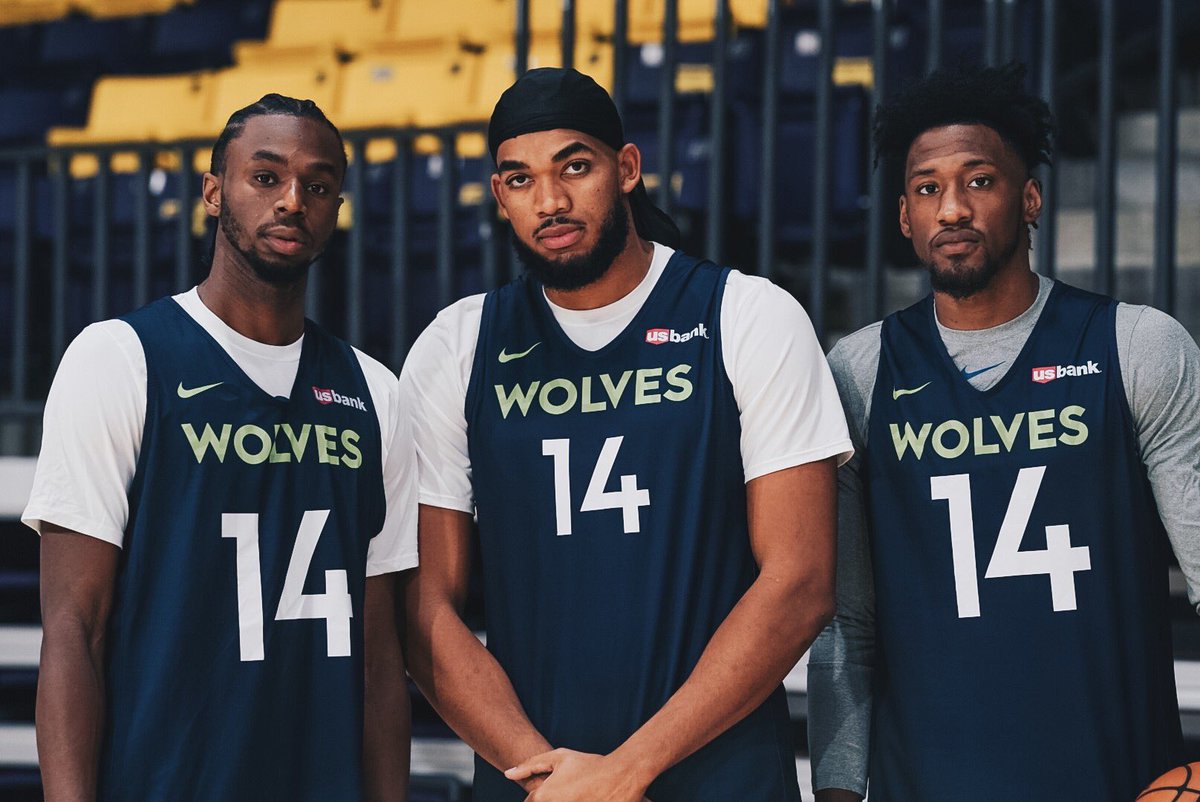 Wiggins, KAT and Covington – only two remain and speculation suggests Towns is next

They have kept the best available first-round pick in the trade deadline marketplace, while earning players in Beasley and Hernangomez they believe will sign improved contracts this coming offseason, to fit perfectly around KAT and Andrew Wiggins.

How about the Nuggets? Rockets’ cap space flexibility

Houston perhaps gave up too much, though only time will tell. Nonetheless, Denver (35-16) receives their 2020 first-round pick and are expected to be active offering it in deals to continue upgrading a steadily impressive roster who are third in the West this season.

For the Rockets, they keep the flexibility of $12m in cap space which allows them to expand upon this trade between now and Thursday’s trade deadline (8pm UK time).

Houston can add a player who helps now or take on players for assets to use them as a means to further upgrade their team – as they are eager to silence critics and push harder in what promises to be an ultra-competitive postseason this campaign.