Manchester United captain Harry Maguire steered home a second-half header to help Ole Gunnar Solskjaer’s men to all three points with a 2-0 win over fourth-placed Chelsea. But amid their big win, VAR controversy reared its ugly head as match-defining moments were ruined by poor officiating at Stamford Bridge.

Maguire lucky not to be sent off in first-half, then scores

Maguire netted his first Premier League goal since January 30 last year, during a 1-1 draw with Liverpool, as United silenced their critics and in doing so proved they firmly remain part of the top-four conversation. He shouldn’t have been on the pitch to score.

Anthony Martial broke the deadlock after beating a groggy Andreas Christensen to meet Aaron Wan-Bissaka’s brilliant cross and flick beyond Willy Caballero into the bottom corner. That was the visitors’ sucker punch before half-time, with Chelsea seemingly in the ascendancy.

A defeat in west London would have seen them lose yet more ground in the race for Champions League qualification – the gap increasing to nine points separating themselves and Frank Lampard’s men.

It’s why the controversy surrounding the result, manner of Chelsea’s loss here and post-match reaction is more aggressive than usual. Every point can prove pivotal come the end of the season, though perhaps none moreso than during a crunch clash like this one.

20 minutes in, United should have been down to ten men. Michy Batshuayi and Maguire were racing to win possession near the touchline, with Maguire sliding across the turf after being outmuscled by the Belgian. Off-balance, he had a leg up but importantly lifted his other one before raking it across Batshuayi’s groin area.

In the video above, Maguire tells Sky Sports:

“I knew I’d caught him [Batshuayi] but I felt like he was going to fall on me and my natural reaction was to straighten my leg to try and hold him up [if he fell].
Obviously I have studs on my boots and it probably looks worse than it was on TV but no, it was my natural reaction. It wasn’t a kick out and there was no intent to hurt him. I think it’s the right decision at the end – I apologised to him, it was nice that the referee had seen sense.”

So, he was merely trying to protect himself. Hold him up, if he fell. If anything though, his explanation just compounds the issue. Replays show Batshuayi had already stopped himself falling any further as both players were travelling at speed before their collision – yards away from Chelsea’s technical area. He wasn’t going to fall into Maguire. 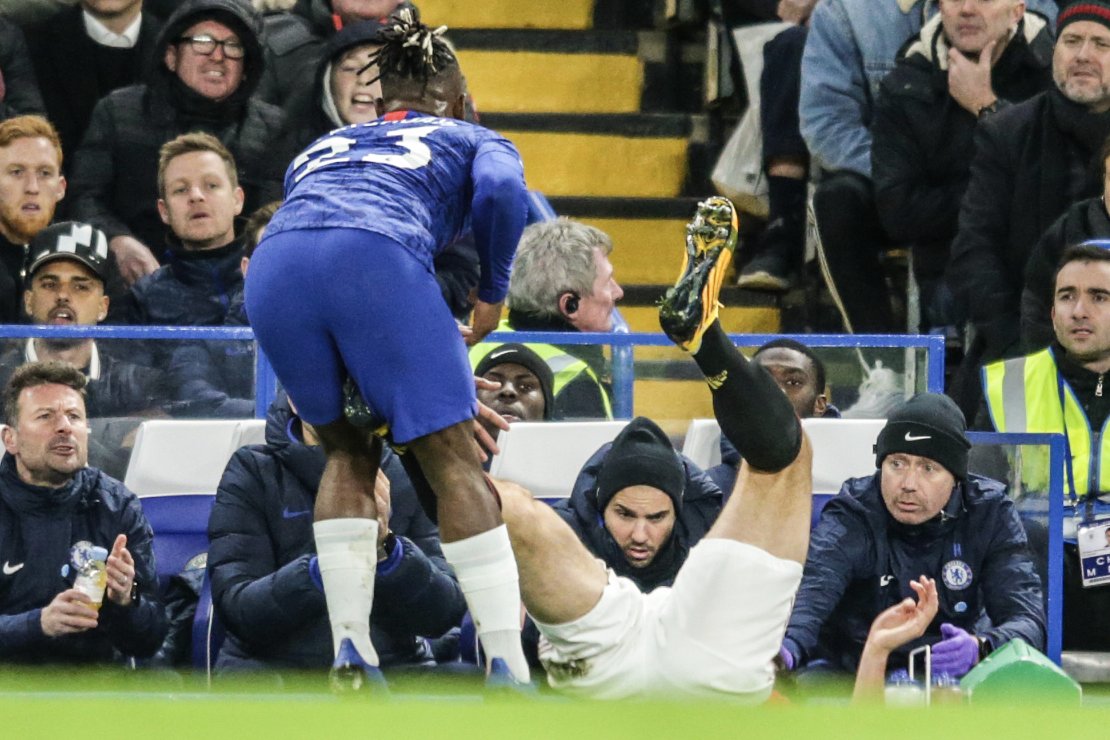 Maguire caught Batshuayi with his right foot, in a raking action across his groin

You don’t have to be an expert in communication and body language to see how culpable the defender was during his interview, constantly looking down and repeating himself. But alas, it’s not his fault.

The referee he was keen to praise, Anthony Taylor, and his support team are those to blame. Given the speed of the game, human error is understandable, but what’s the point of having VAR if incidents like these are not going to be consistently concluded?

In the distance on TV, you could see the fabled VAR display showing no red card would be shown, as those in Stockley Park had already decided against punishing Maguire for violent conduct – met with a chorus of boos no less. But where is the communication? Why can Taylor not just go to the pitchside monitor and have a second look himself?

The same could be said for Kurt Zouma’s goal, also wrongly ruled out for a foul by Cesar Azpilicueta on Brandon Williams. Replays showed the Chelsea skipper was clearly pushed into his fellow fullback by Fred as they tussled in the box, waiting for the corner delivery, so why was it disallowed? 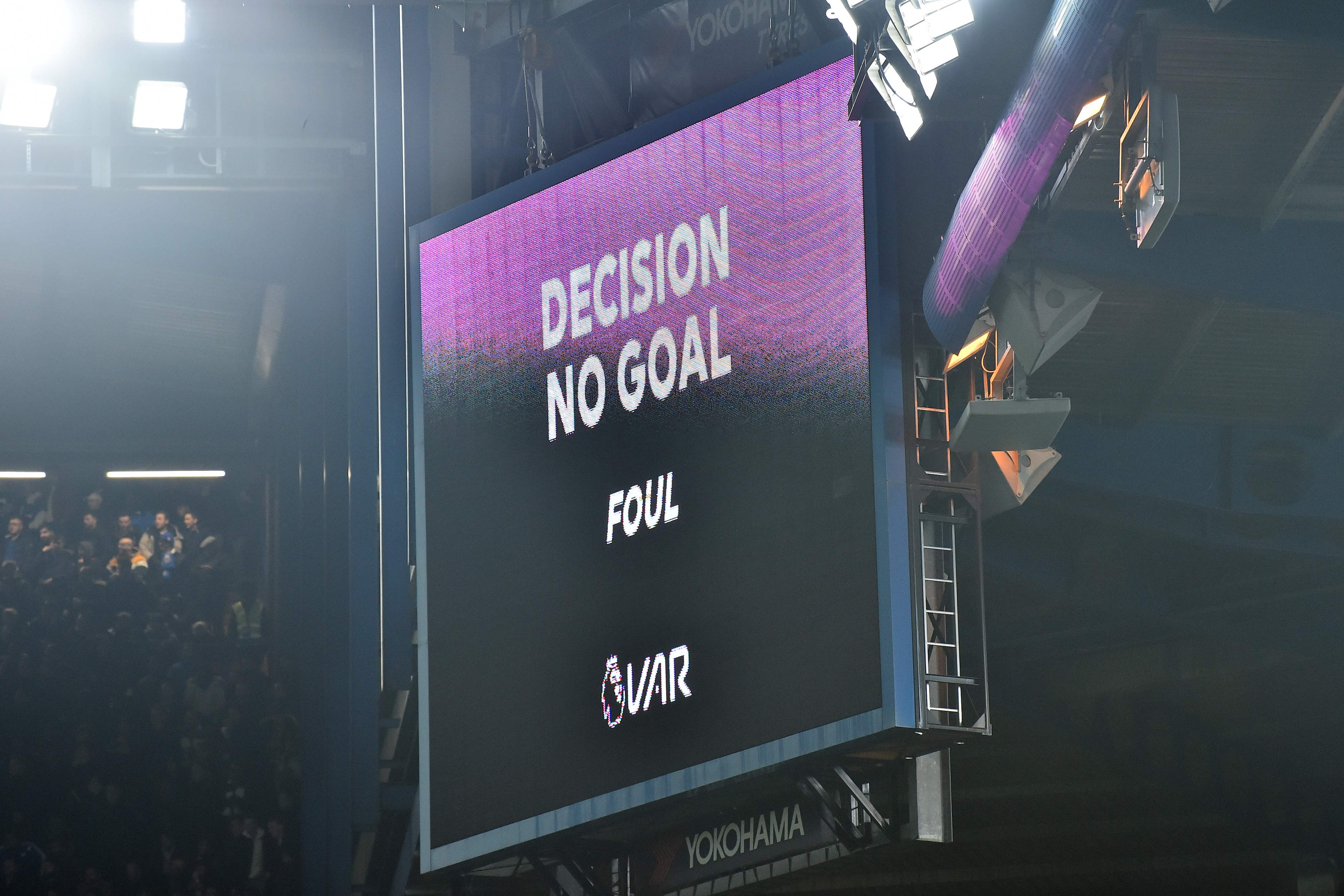 If anything, these same VAR decisions should be broadcast like they are in rugby, so there is clarity and understanding behind the officiating calls – both around the stadium and for those following along on TV. This was a decision that still could have been rectified, wasn’t dealt with, and had a significant baring on the remainder of the match.

0-0 after 20 minutes, United would have been down to ten-men for 70-odd minutes against a Chelsea side who just lost N’Golo Kanté (adductor) and had other key players sidelined with respective injuries too. This was Batshuayi’s big chance. Which leads onto my next point… 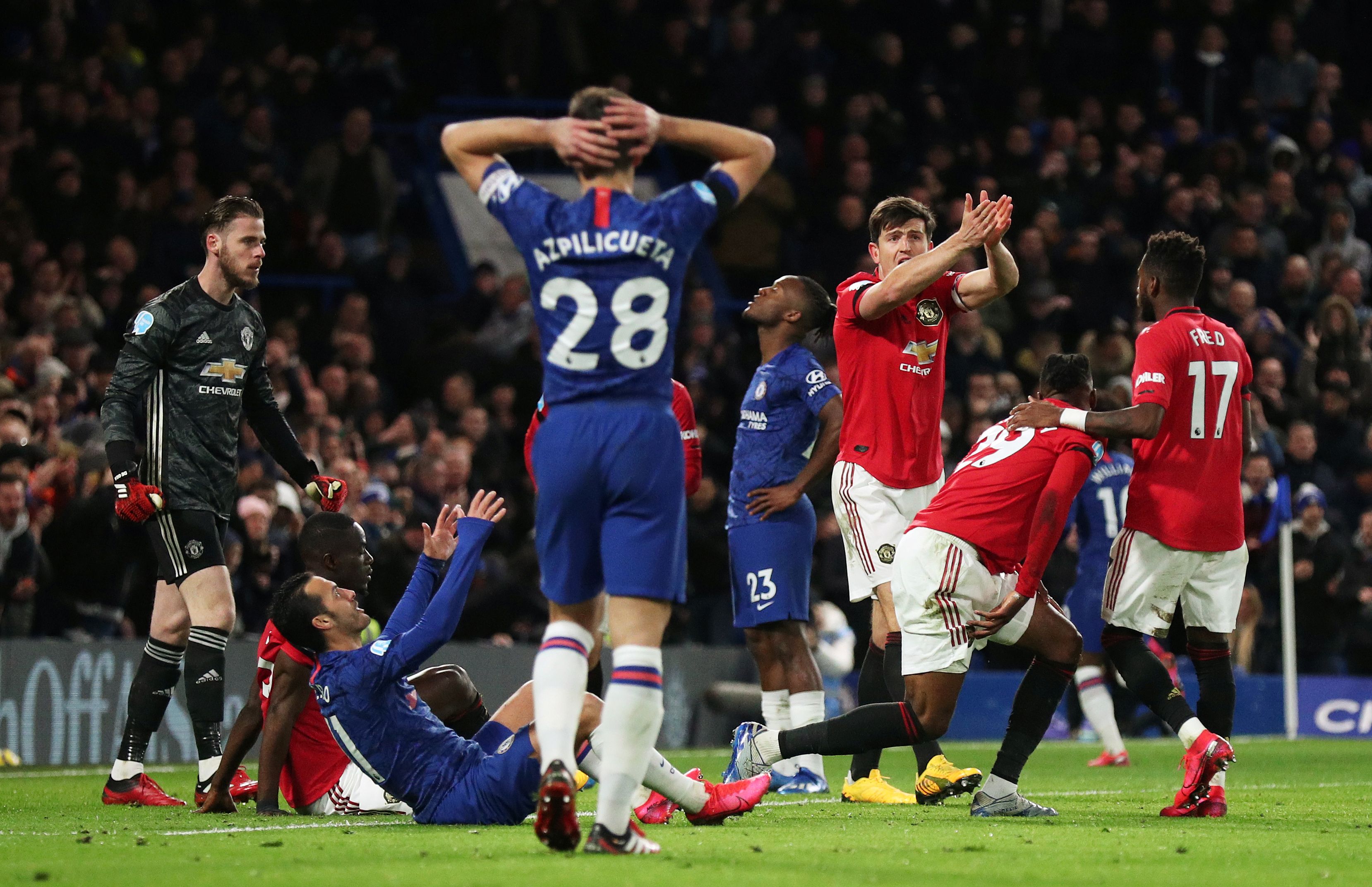 Batshuayi had chances, but couldn’t convert – and is clearly struggling for confidence

Tammy Abraham (ankle) took his side in the dugout alongside Callum Hudson-Odoi (thigh). The pair are among seven Blues players currently sidelined with various injuries, all of which find themselves at different stages in their recovery.

The club’s top goalscorer with 15 this term, he was 50/50 to feature against United but Lampard and his coaching staff thought better than to risk a half-fit Abraham with tricky fixtures to come. No point aggravating an existing issue, especially at this stage of 19-20.

Giroud was expected to depart for Italy last month, then Tottenham on deadline day – neither move materalised and the experienced Frenchman still finds himself on the fringes of Chelsea’s first-team, four months before Euro 2020. He needs minutes.

However, here it was the turn of Batshuayi to justify his place and present Frank with a selection headache in future. Before this fixture, Michy had made 14 Premier League appearances in 19-20: but none lasting longer than 20 minutes, all from the substitutes’ bench. His last top-flight start for Chelsea was in January 2018.

With better service and sharper finishing, he would have had a hat-trick here. Snatching at two promising chances and miskicking a third after Willian fired a hopeful ball across the box, it rather typified his situation. 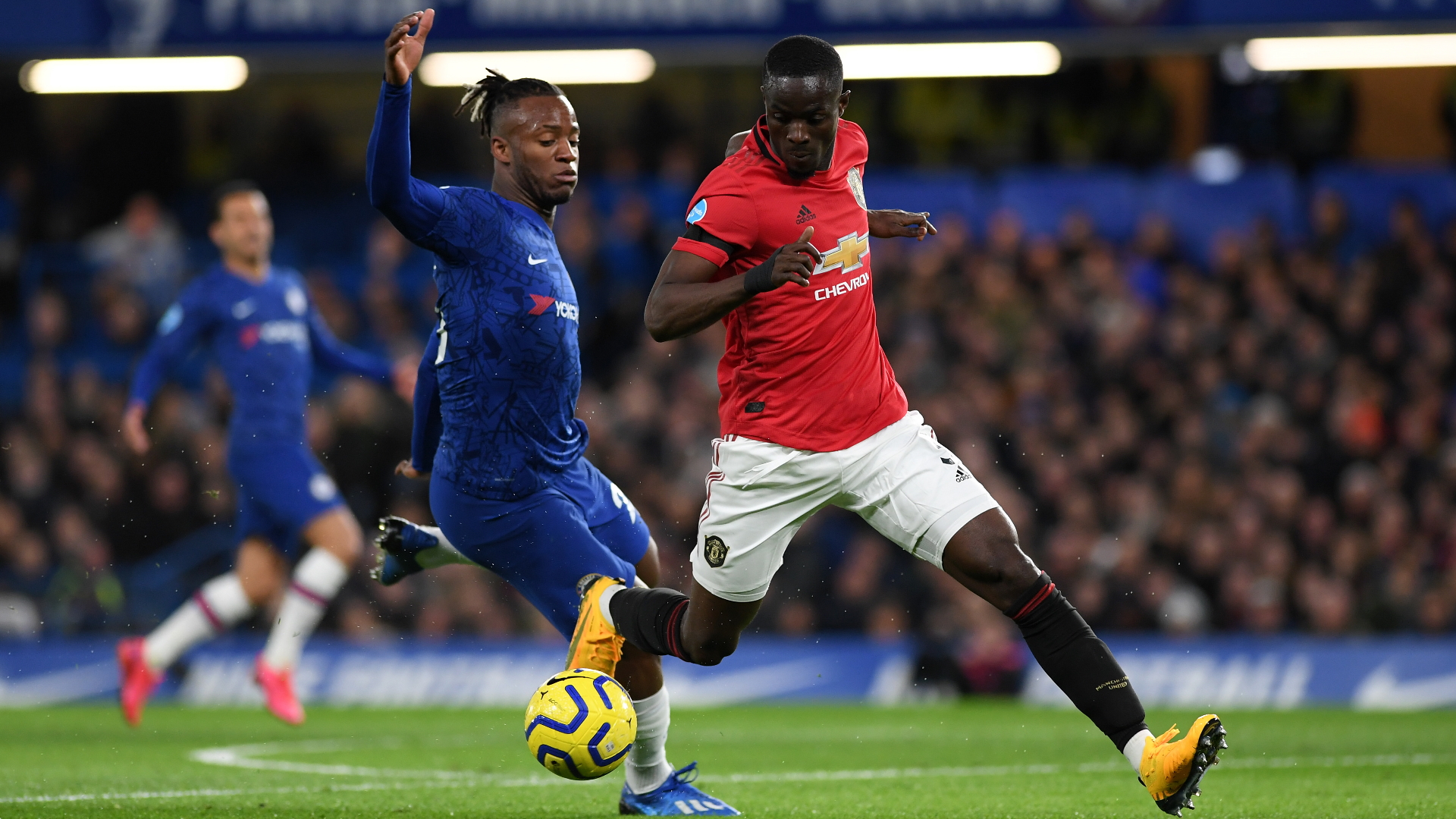 Despite a shaky start, Eric Bailly did well to shackle Batshuayi for sustained periods

Despite linking up well with Mason Mount and Pedro upon occasion, the Belgian is clearly a player lacking confidence and continuity in-front of goal. Those collective groans from the stands spoke volumes for a player fans just don’t expect to score.

Instead, he was replaced after 68 minutes for Giroud and departed wondering what if.

Giroud did more from the bench and sure, the Frenchman’s header was marginally offside, but this was another frustrating display doesn’t bode well for Batshuayi’s Chelsea career. One which already looked increasingly finite.

Two big games in quick succession for Chelsea, so no time to lick their wounds: they host London rivals Tottenham on Saturday, before hosting Bundesliga champions Bayern three days later in the first leg of their Champions League last-16 clash.

Manchester United travel to Belgium with Club Brugge next in their Europa League last-32 fixture this Thursday, before hosting strugglers Watford (19th) on Sunday afternoon.