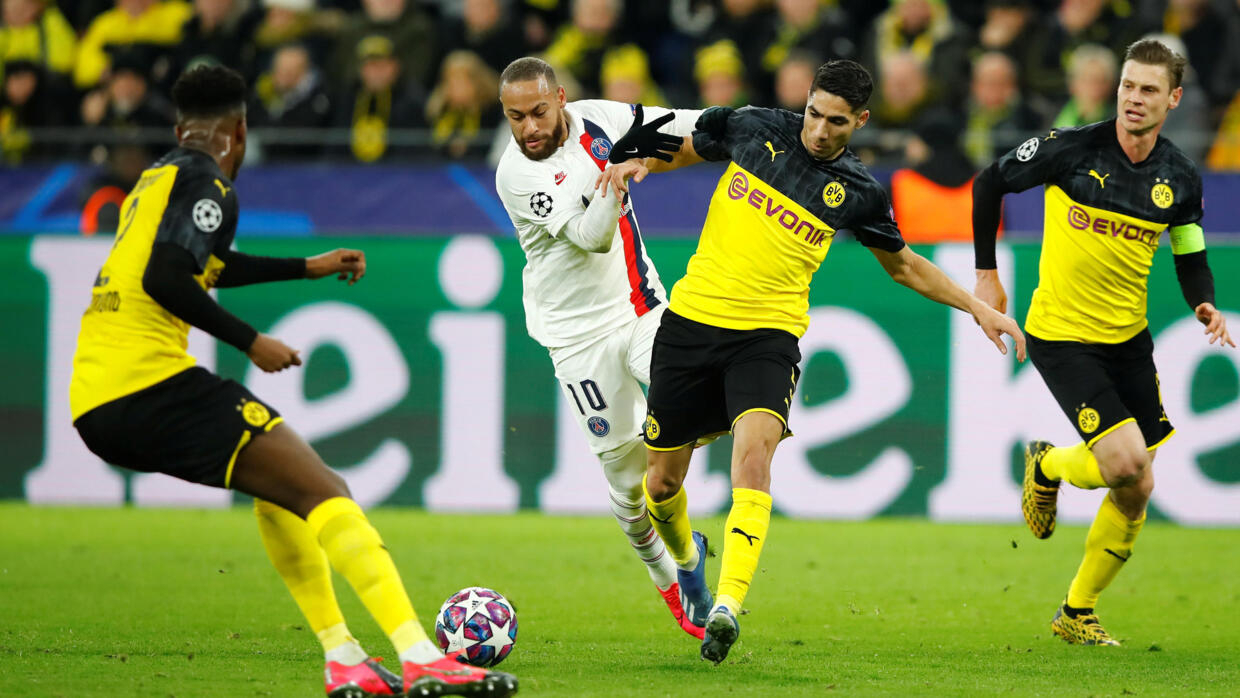 Neymar had plenty to say post-match as PSG lost 2-1 in the first leg of their Champions League last-16 tie against a determined Borussia Dortmund side overnight: but the Brazilian superstar crucially lacked the killer edge that would have justified his damning comments in Germany.

Ponderous in the first-half, exposed during an action-packed 20-minutes: Paris Saint-Germain find themselves with another big hurdle to overcome in three weeks’ time.

It seems typical that Neymar was the first name to emerge post-match and somewhat unsurprisingly, he criticised the club for failing to give him ample time to regain match sharpness after the rib injury he sustained before their last-16 tie:

“It’s hard not to play for four games. Unfortunately it was not my choice, it came from the club, the doctors; they’re the ones who made the decision, one I did not like. We’ve had a lot of discussions on that – I wanted to play, was feeling well but the club were afraid and in the end, I’m the one suffering.”

The Ligue 1 champions have been knocked out at this stage of the competition for the past three seasons. Neymar, who they spent a world-record £198m on in 2017 to bridge the gap, didn’t cover himself in much glory – even despite scoring what could prove an important away goal.

Kylian Mbappe’s blistering run past two Dortmund players into the box saw space open up, before the 21-year-old fed Neymar with a chance he couldn’t miss from close-range.

That was an immediate response to Erling Braut Haaland breaking the deadlock, though the Norwegian wonderkid wasn’t finished there. While his first was scrappy, he unleashed a rocket to ensure the hosts retook their lead in style after Claudio Reyna’s pass:

What that highlight package doesn’t show though, is Neymar’s actual ineffectiveness during a game PSG took too long to get settled in, before being punished by a side that simply wanted it more than them – that much was obvious.

Neymar made four tackles, was fouled three times and created the same amount of key passes over the 90 minutes – winning 10 of 18 duels and scoring an important away goal.

Don’t be fooled. Losing possession a whopping 31 times, he hit the crossbar when presented with a golden chance late on and generally lacked urgency. His decision-making was baffling, reinforced by a game-low 69.1% pass accuracy. Haaland’s thunderbolt came directly from a move where Neymar relinquished possession cheaply.

Naturally, the 28-year-old had a convenient response ready after a frustrating display:

“I understand the fear the club was suffering from, because in the last two years I was not able to play in the round of 16. I respect the decision but it cannot be like this because the player ends up suffering.

It was very difficult to play an intense match like this, 90 minutes without stopping. It is different and had I been in better shape, I would certainly have played better.”

Neymar must understand the consequence of his comments. His last outing was during their 5-0 thrashing of Montpellier on February 1, where he was Man of the Match. The club being overly cautious is justified, as this rib injury was deemed serious enough for him to miss their Nantes clash the following midweek – 48 hours after his birthday.

Thomas Tuchel said he lacked rhythm and sharpness, but we all knew that. He was a doubt to feature in the first place. So why does he undermine the club’s decisions?

Dortmund exact their plan to perfection

Players took turns racking up tactical fouls (13) to disrupt PSG’s flow, while keeping star man Kylian Mbappe off-the-ball where possible. From the outfield starters, only Thomas Meunier (36) had less touches than his 37 – constantly jostling for position up against the hosts’ three-man backline, who weren’t faultless but defended diligently nonetheless.

Emre Can made his Champions League season debut after being frozen out of Juventus’ UCL squad last August, partnering Axel Witsel in a holding midfield pair that balanced responsibilities well and needed to, in fairness. Between them, they worked tirelessly and retained possession well without being spectacular. 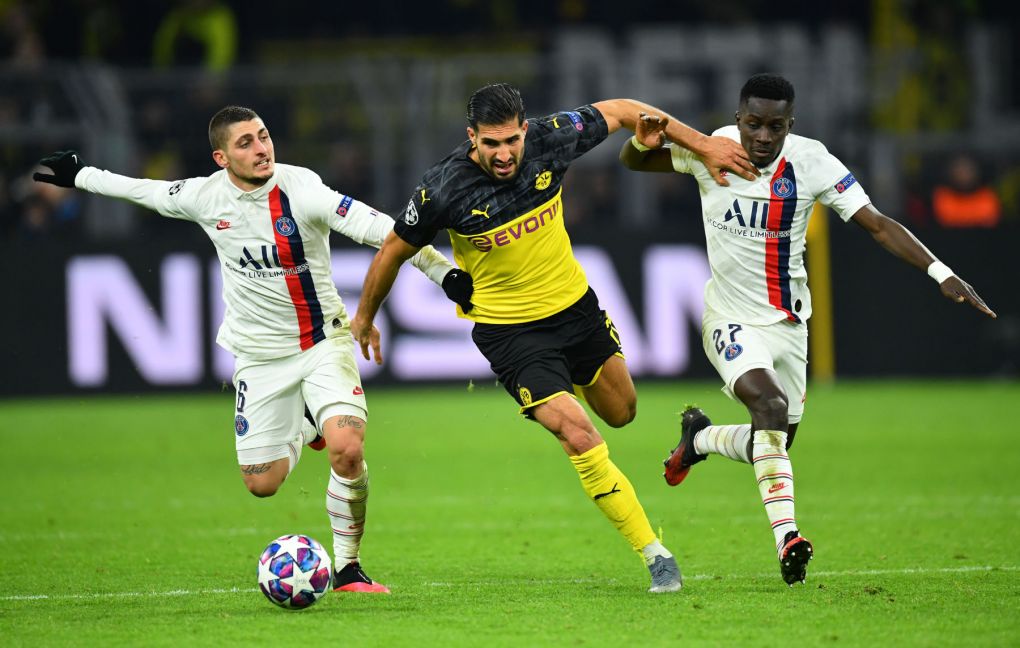 Achraf Hakimi was good as usual, while Raphael Guerrero similarly offered width on the opposite flank. But it was the frontline: Jadon Sancho, Thorgan Hazard (replaced by Reyna) and Erling Braut Haaland, who have the world’s media fawning over them.

Rightly so. Sancho linked well with Hakimi and Haaland again, was their brightest player in the first-half and could’ve had a brace – dragging one shot narrowly wide and watching Keylor Navas parry his other effort to safety.

Reyna created an assist off the bench on his UCL debut for Haaland, who netted a match-winning brace to take his Champions League goal tally to 10 this season but scarily, is aware he still has plenty of scope for further development. He turns 20 in July.

PSG have an unenviable task of overturning their 2-1 deficit and will have to do so without a crucial cog in Marco Verratti. The 26-year-old is set to miss the second leg through cumulative suspension, after a late booking for dissent in Dortmund.

Meunier, also carded late on, will too sit out through suspension – paving the way for either Colin Dagba (knee) or Thilo Kehrer to feature.

Before then, they have four matches: Bordeaux, Dijon (both Ligue 1), Lyon (Coupe de France) and an away trip to Strasbourg before hosting BVB at the Parc des Princes on March 11.

Dortmund, four points off Bundesliga leaders Bayern, have three important domestic fixtures between now and that date. They travel to Werder Bremen this Saturday, before games against Freiburg (February 29) and Borussia Monchengladbach (March 7).