Port Vale will aim to extend their five-match unbeaten run, as they travel to a resurgent Walsall side this weekend: eager to avenge their 1-0 home defeat in December. Another win would boost their promotion aspirations for League One.

The Valiants‘ 3-0 win over promotion-chasing Colchester last weekend marks three successive victories – the first time they’ve achieved the feat this season. Their upturn in form comes at an opportune stage of the campaign, at a time where teams around them are rapidly dropping points.

Saturday’s hosts meanwhile are unbeaten in three, having lost three consecutive league games before then. Saddlers boss Darrell Clarke remains frustrated by their inconsistency, especially being nine points off the play-off spots after 34 games.

Walsall will draw inspiration from their 1-0 win at Vale Park on December 7, where striker Elijah Adebayo’s goal earned them a first win over Vale in three years.

This is sure to be an intriguing clash between sides in contrasting positions. Twelve months ago, Walsall were struggling in League One – they’ve since been relegated. Now, Vale edge closer towards promotion to England’s third tier and can redeem themselves to avoid a repeat result against a tricky opponent, with matches continue to pile up. 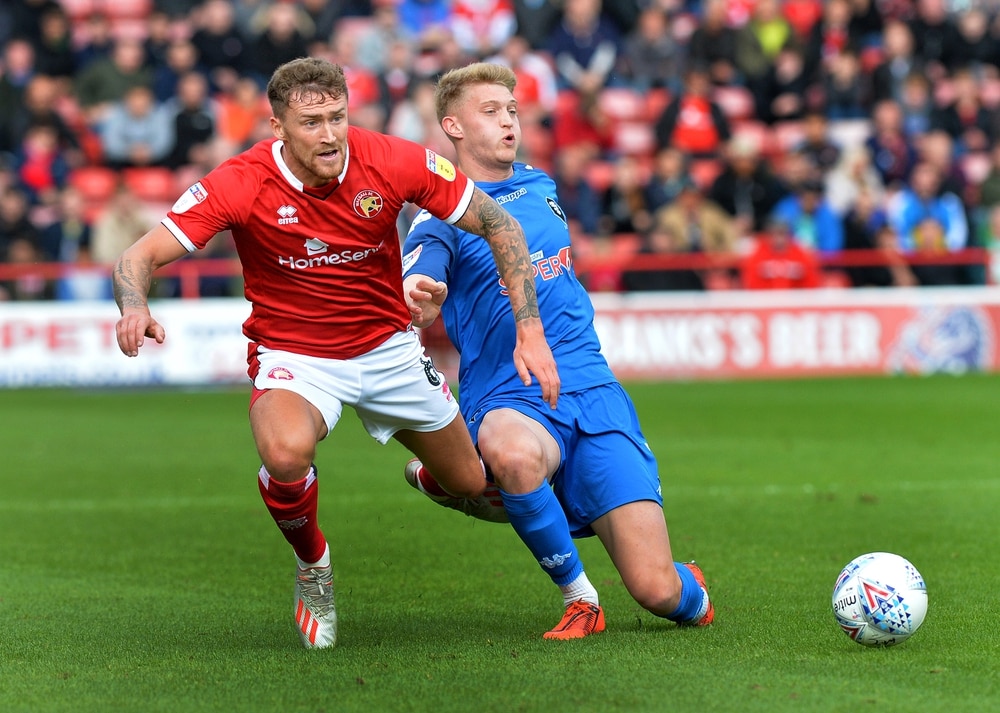 Despite snatching a 3-2 win over Northampton Town last weekend, Walsall’s defensive mainstay Dan Scarr insisted their defensive partnerships has proven pivotal to their improved form recently. As quoted by the Express and Star, the 25-year-old said:

“We work hard defensively, we’ve got a good clean sheet record, all the lads that have come in and played have done well. I think everyone covers each other, works for each other well, so if you do make a mistake, we’re covered by the next person.

Mistakes get stopped at the source and I think it’s why we’re doing so well lately. We’ve been training and working hard together.

Whichever partnership steps out on the pitch, everyone knows they’re going to be covered or you know what you’re going to get from the players around you and that gives you the confidence to enjoy your own game.”

Meanwhile, Tom Conlon has earned praise from the Vale hierarchy as the midfielder is expected to start again in an attack-minded role as part of their 4-3-3 system. The 24-year-old netted their opener during the 3-0 win over Colchester last weekend and first-team coach Danny Pugh singled him and Scott Burgess out for praise ahead of this clash.

He was quoted as saying: “I thought Tom was brilliant. It was his workrate first and foremost, his pressing, closing down and his energy – I thought he and Scott worked very well together, outran their midfield and were all over them everywhere.

He’s comfortable on the ball, has a great left foot and, if we can add goals and assists to his game, then it is going to take him on again. But in the last couple of games especially he has done exceptionally well.” Darrell Clarke is expected to make a handful of changes to the side that were 3-2 winners over Northampton last time out. Zak Jules came off after 55 minutes and it’s likely he’ll prefer a formation change – back to a four-man backline – as a result. That would mean a CB pairing of Scarr-Sadler, with fullbacks Shay Facey and Cameron Pring either side.

Danny Guthrie and Rory Holden came off the bench to score, while Wes McDonald also impressed during their inspired second-half display. All three are poised to start as a reward.

Saturday’s visitors have revealed some welcome injury news – David Amoo (hamstring) and Jake Taylor (knee) have returned to training after their respective injuries.

Despite sustaining the injury last month, Taylor’s loan spell from Nottingham Forest was extended until the end of the campaign, so Vale will relish the 21-year-old’s return to midfield, having scored seven goals there before Christmas.

Vale defender Leon Legge has started every game this term and only five players across the league have completed more clearances than the 34-year-old (173).

Only Stevenage (24th) and Morecambe (23rd) have lost more league games than Walsall’s 15 already this season.

After being sent off against Forest Green earlier this month, charismatic striker Tom Pope has only completed a full 90 once since late December – where he scored the winner against Stevenage on January 11.