It’s been 100 days since Anthony Joshua avenged one of the sport’s all-time upsets, regaining his heavyweight titles with a comprehensive decision victory in Saudi Arabia. So how does Ruiz avoid becoming the modern-day Buster Douglas, falling into boxing insignificance?

Comprehensive is putting it lightly. Ruiz was outsmarted, outboxed and exposed by a savvier Anthony Joshua just six months after one of the sport’s all-time upsets last June.

The 6ft 2in Mexican (33-2, 22 KOs) gained 16lbs from their first bout – while continuing the same bloated, chubby image he previously hinted was going to be reduced in the aftermath of his biggest career win. What some don’t remember, is the fact Ruiz was a stand-in replacement for outspoken American Jarrell Miller, who failed three drug tests, was promptly suspended and hasn’t been seen since.

That makes his upset all the more impressive, considering he had just four weeks’ notice and managed a whopping four knockdowns before winning via a seventh-round TKO.So after dethroning the champion so effusively during that manic week in Las Vegas, how would he fare in a rematch on another continent six months later? 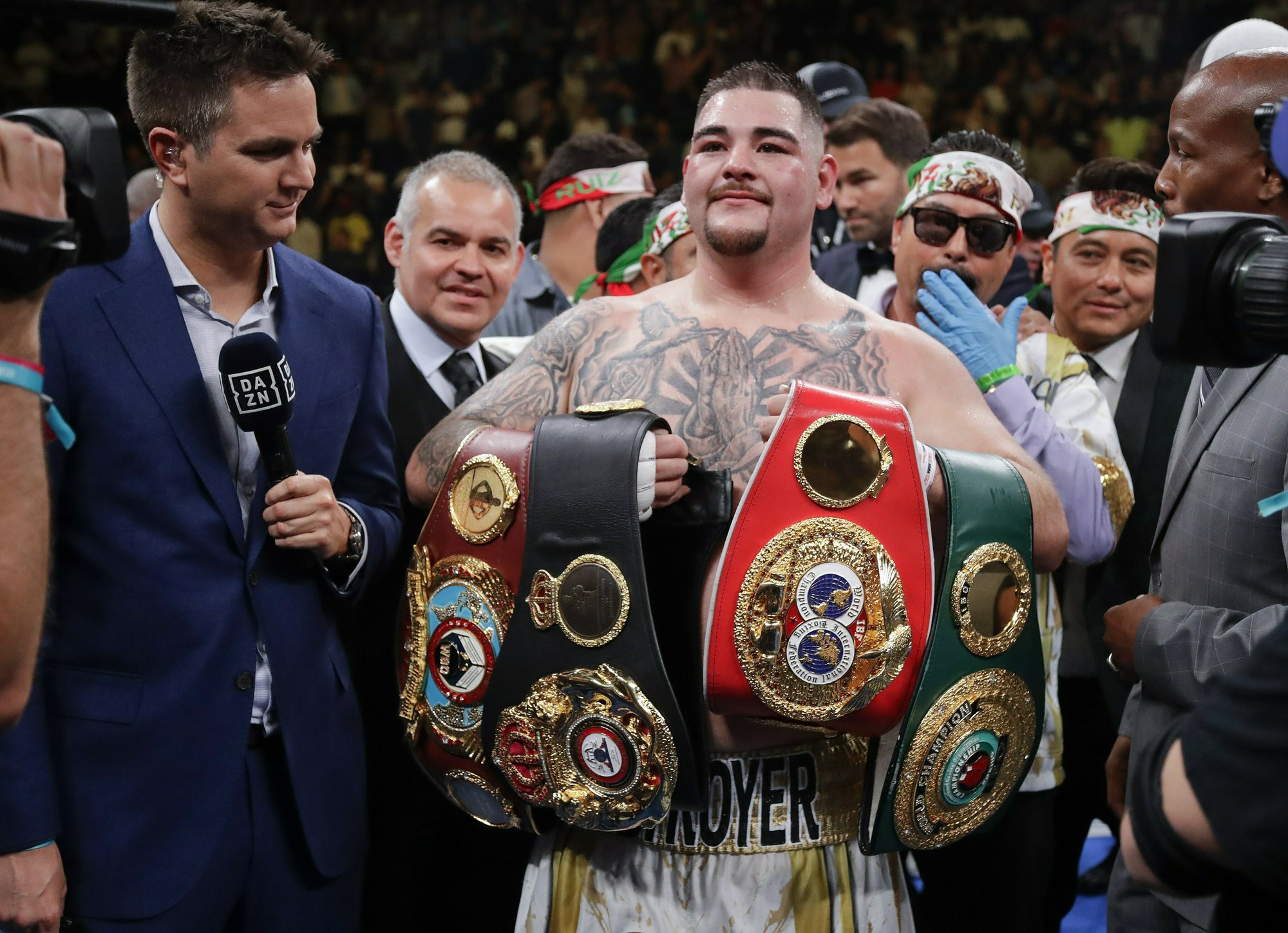 Ruiz couldn’t replicate his unforgettable display, during an even more important rematch

Poorly. After the Clash on the Dunes in Saudi Arabia, he admitted gaining too much weight – a rookie mistake to make, particularly in heavyweight boxing where there are no weight-cuts or restrictions to adhere to.

“I didn’t prepare how I should have, I gained too much weight.” – Ruiz’s telling comments after his comprehensive defeat in the rematch.

This allowed Joshua an easier opportunity to fight at his own pace, slip and slide around the ring and pick his shots methodically. Although not the devastating knockout display that fight fans long for, his evasive boxing and ringcraft proved the Brit has more than one way to win gritty battles – evidenced by his decision win over Joseph Parker in 2018.

Ruiz, whose forward-pressing nature startled Joshua in their first fight, could only sustain that energy in bursts the second time around – slow, uninspired and as the rounds ticked by, his lack of urgency spoke volumes. He took Joshua’s best shots on that fateful night in June but absorbing damage is one thing, inflicting it efficiently is another.

Joshua landed almost double (107-60) the amount of punches Ruiz did, over the twelve rounds.He set the tone from early on with his jab, had more total punch accuracy (29%, Ruiz had 23%) while landing more power punches (42-37), despite throwing 27 less in total. Ruiz immediately called for a trilogy.

Although Joshua rather playfully agreed to one, it’s hard to envisage interest or justification for one considering how their two fights had gone. Joshua has mandatories to face, while an all-British brawl with Tyson Fury looks set to become reality should the pair emerge victorious in their next bouts. So where does that leave Ruiz?

What’s next? Potential opponents and caveats 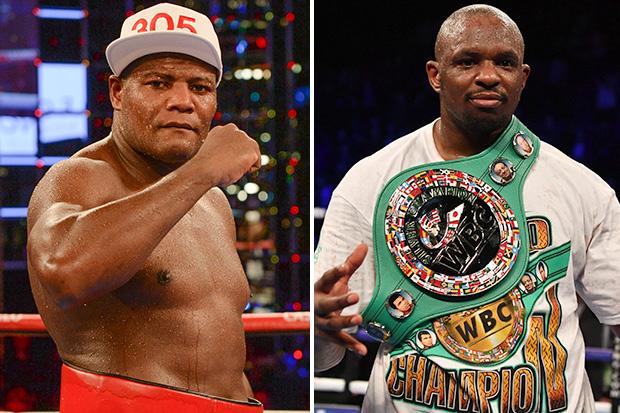 Ruiz has been linked with a fight vs. Ortiz, while Whyte revealed the Mexican avoided him

With the current coronavirus outbreak affecting sport, business and livelihoods worldwide, it’s safe to presume Andy won’t be fighting for another 100 days – at the very least.

Depending on which major sanctioning body you look at, Ruiz is currently ranked between 2-6 on their respective lists. Manuel Charr, Dillian Whyte, Kubrat Pulev, Oleksandr Usyk, the aforementioned Parker, Daniel Dubois and the recently-defeated Deontay Wilder all feature in high positions.

Problem is, most of them already have fights in place – including Whyte, who made clear his intentions to fight Ruiz, before agreeing a deal to face Alexander Povetkin on May 2 in Manchester. Or, in Parker’s case, they’re aiming higher towards the top. Having already inflicted his first pro defeat, Ruiz is old news to him now.

Chris Arreola, Dominic Breazeale and Luis Ortiz have been touted as potential opponents upon his in-ring return. Win convincingly against any of those, then suddenly his stock begins rising again. But it’s imperative that he does win, otherwise it’ll become increasingly harder to see him in a title picture anytime soon.

Charles Martin was blasted by Joshua in two-and-a-half rounds to lose his IBF title during his maiden defence. Next month will mark four years since that defeat, and he’s still waiting patiently for a mandatory eliminator fight.

His mindset and determination remains a serious question

Time is of the essence. Ruiz is 30 and had retirement thoughts before his big break last summer. One can only wonder what successive defeats would do to his psyche. Not least after what happened before his majority decision loss in December 2016. After 12 closely-contested rounds, Ruiz lost for the vacant WBO heavyweight strap and Top Rank matchmaker Brad Goodman bemoans a lack of dedication and discipline for the result. 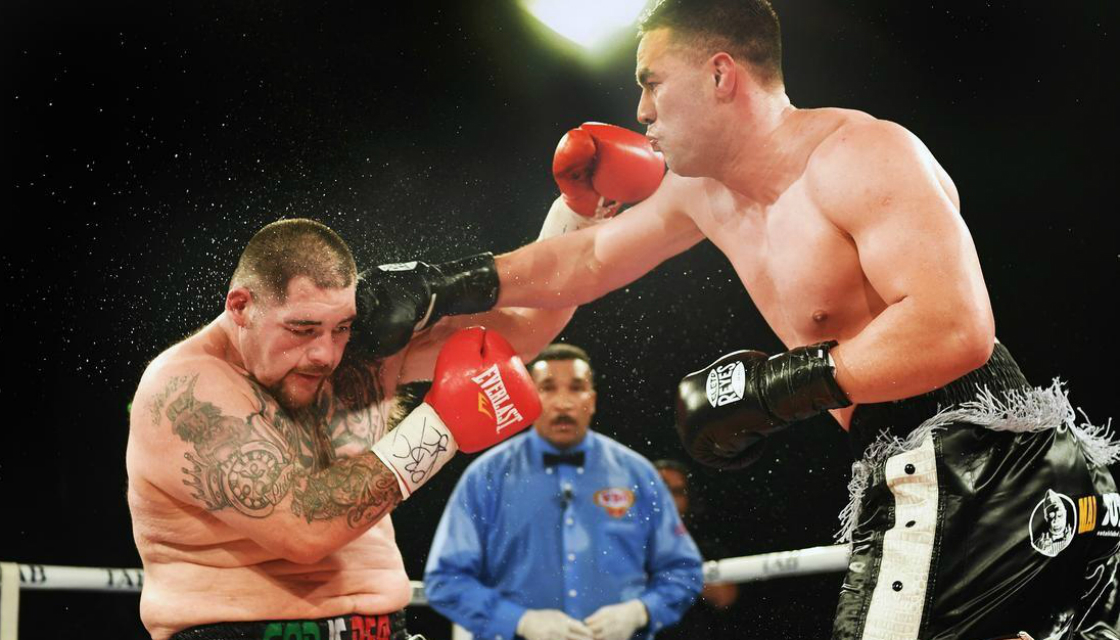 As quoted by The Athletic, he said: “He could have [won] but was way overweight. Instead of getting in fighting shape, he was trying to lose the weight – if he had an eight-week camp, he could have won.

He’s better than Joseph Parker. He was always a lazy guy, but nobody ever questioned his ability. He wasn’t a dedicated guy, and we were praying he would wake up one day, be focused and 100% dedicated to the game. Whether that’s happened remains to be seen.”

Ruiz didn’t compete for another 15 months after that. Being disgruntled about his career direction under Top Rank and personal issues at home, quitting was a serious consideration:

“I was feeling down. I didn’t know what was going to go on. I had five kids to provide [for]. At that time I lost my house, I was living with my mom in her little room with my kids and my girlfriend. I felt embarrassed, so lost inside.”

Manny Robles, Ruiz’s now ex-trainer, was told of his fate in the aftermath of the December defeat by the Mexican’s father. Unsurprisingly, he’s still unhappy about how things went down.

During an interview with iFL TV, he had plenty to say:

“I never got a phone call from Andy, to begin with – he never talked to me. It was the father that approached me, and the father that came to the gym to talk about the separation. I haven’t heard from [him] since the fight in Saudi Arabia. Obviously I was disappointed, but you never lose faith.

You’ve got to understand he’s a ghetto boy, never had anything in life, and all of a sudden you wake up and you’re champion of the world with millions of dollars in the bank. You’re getting ready to make more millions, it’s overwhelming and the situation became so [much] for him.”

Despite also stating his opinion that Ruiz could beat Ortiz if the pair had a matchup in future, there was a negative involved. The fact he said “he’s just got to show up,” just isn’t something you should have to say about a boxer, not least one with ten years as a professional.

If he’s being honest about wanting to reclaim the belts, he cannot afford to behave flippantly or prompt any further questions about his commitment. Instead, Ruiz must patiently bide his time and not return too quickly against the wrong opponent. Once he loses weight and is capable of displaying world-class boxing, only then will he begin silencing those critics who were quick to ridicule his most recent defeat.