Tottenham and England captain Harry Kane has stated his belief that, should the Premier League fail to resume before the end of June due to this coronavirus pandemic, all teams must instead look ahead towards the 2020-21 campaign.

His comments emerge as the Premier League are reportedly planning a World Cup-type environment which allows the top-flight’s remaining 92 games to be played across this summer, once the coronavirus curve has flattened and testing is more readily available.

All elite football in England is suspended until April 30 at the earliest, as a result of the ongoing pandemic. As quoted by BBC Sport, the 26-year-old said: “I know the Premier League will do everything it can to finish the season, there needs to be a point where enough is enough. Probably the limit for me is the end of June.”

By saying so, the Spurs man has echoed the sentiment of UEFA president Aleksander Ceferin, who on Saturday said the season could be lost if not restarted before June 30.

The European Championships, originally slated for June 12 to July 12, has been postponed until next summer to allow domestic competitions more time to be completed.

“Playing into July or August and pushing next season back, I don’t see too much benefit in that. Obviously I don’t know too much about behind-the-scenes and financially.

If the season’s not completed by the end of June, we need to look at the options and just look forward to next season.”

Kane’s future remains a mystery, as he reveals his ambitions 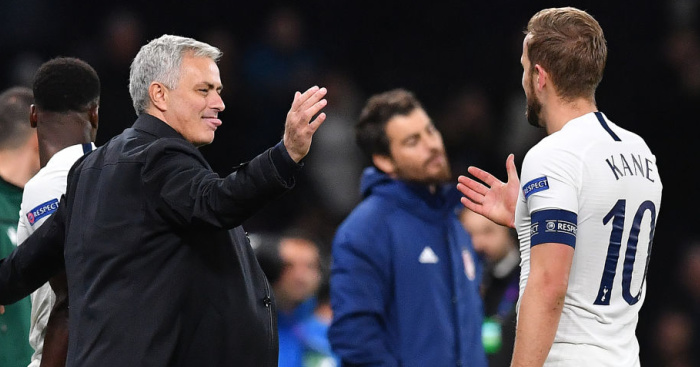 Given their continued underperformance, will Kane stay under Mourinho in north London?

Nonetheless, speculation surrounding his long-term future has continued to rumble and Kane has only progressed talks with comments on Instagram.

During his chat with Redknapp, he revealed he’s open to departing Tottenham if the club fail to progress because he wants to win trophies ‘sooner rather than later’.

“I’m an ambitious player, I want to improve and become better – a top, top player. It’s not a definite: I’m going to stay there forever, but it’s not a no either. I’ll always love Spurs, but it’s one of those things.

I’ve always said if I don’t feel like we’re progressing as a team or going in the right direction, I’m not someone to stay there just for the sake of it.”

Spurs have been knocked out of all cup competitions this term, including a humbling 4-0 aggregate defeat by RB Leipzig in their Champions League last-16 tie. In addition, they were eighth in the Premier League on 41 points before football’s suspension.