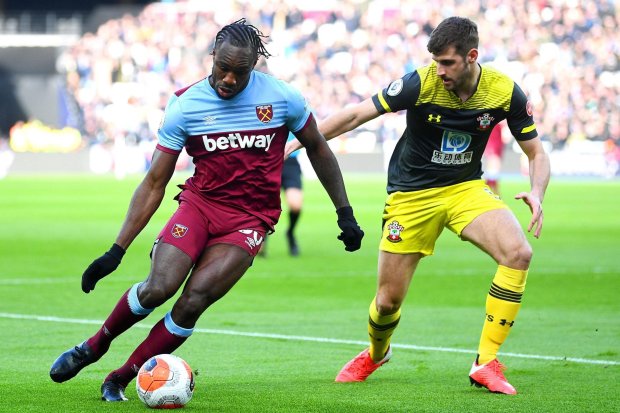 Southampton today became the first Premier League club to reach a wage deferral agreement with players as a result of the coronavirus pandemic, and more top-flight sides want to follow suit.

Experienced defender Ryan Bertrand is said to have played a key role in discussions progressing, explaining the importance of the decision to teammates.

As reported by The Guardian, West Ham are hoping their players will accept a proposal to defer wages after So’ton have agreed a 10% deduction for the next three months.

This deferral is to ensure non-playing staff receive their salaries in full and will not need to be furloughed – something already happening across the division, attracting widespread criticism.

Brighton are said to be discussing a wage cut with players, though money will be returned should the 2019-20 season resume in-front of supporters, rather than behind closed doors. Income would return to normal if the former happened, though talks over the time-frame for a return are premature. Manchester City, who last week confirmed they are not placing staff on furlough, are also in talks with their squad over a pay cut.
Southampton confirmed their manager Ralph Hasenhuttl, as well as senior coaching staff and the board of directors will also defer some of their pay over the next three months. The club’s chief executive Martin Semmens is believed to have played a leading role in talks, co-ordinating a plan between players and the club’s owners, the Gao family and Katharine Liebherr.

The economic consequences of this current suspension cannot be understated. England’s top-flight clubs could lose £1.137bn if the season is cancelled, but owners have found it difficult to convince players to lower their pay.

However, players are keen to contribute to society – it was announced on Wednesday that Premier League captains had launched a charitable fund spearheaded by Jordan Henderson, #PlayerTogether, to help people involved in tackling the pandemic.

West Ham, Brighton and Palace all in wage cut talks with players 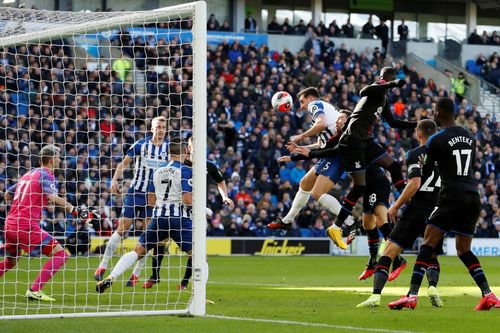 Brighton are close to agreeing a squad pay cut, but Palace are further away

West Ham have explained their financial situation to the players, who are discussing whether to defer pay. It is believed they are looking for a bigger deferral than So’ton’s 10%.

Hammers boss David Moyes has taken a 30% pay cut and the club intend to raise at least £30m through a rights issue next month. The vice-chair Karren Brady has also taken a 30% pay cut to ensure that full-time and casual staff continue to be paid fully.

Brighton chief executive Paul Barber said the club’s financial situation had been set out to the players and he is hopeful they will assist by accepting a salary drop too.

“What we have said is if we can take a cut on wages to reduce the loss of matchday income, that would be a significant help to us. If on the other hand, at some stage in the future we recover that matchday income by playing in front of a crowd, then we would simply return that money.”

Barber, manager Graham Potter and technical director Dan Ashworth have taken pay cuts. Barber said heating and lighting had been turned off at the training ground and stadium as a cost-cutting measure.

There are issues to resolve elsewhere: Bournemouth, Newcastle, Norwich and Tottenham have placed non-playing staff on furlough, while Crystal Palace are struggling to agree with players about wage deferrals.