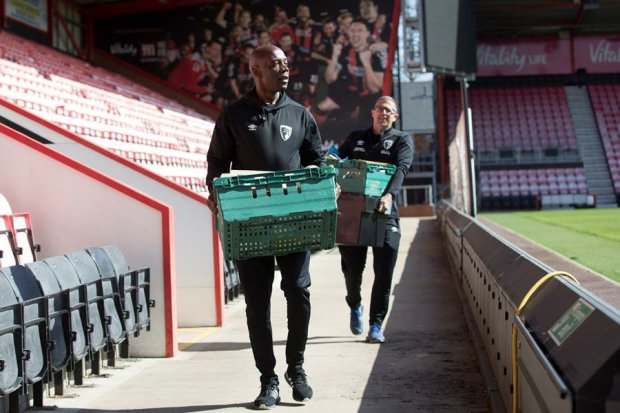 Following on from Liverpool and Tottenham recently, Bournemouth are the latest Premier League side reversing their heavily criticised decision to furlough non-playing staff.

In a statement the Cherries said they were “aware of criticisms of Premier League clubs applying for this scheme” during the suspension of the campaign, caused by the coronavirus pandemic.

As quoted by the club’s official website, they said:

“We have listened to our supporters and have reversed our decision to furlough these employees. We, as a board of directors, will ensure the club can continue to operate while the season is suspended, and will not be applying for the Coronavirus Job Retention Scheme.”

Making use of the government’s job retention scheme – covering the cost of 80% of furloughed staff salaries – is a heavily contentious decision for football teams to adopt, particularly those with top-flight riches that the Premier League provide.

This news means Newcastle and Norwich are the only top-flight clubs remaining who have announced they will furlough some non-playing staff.

Alongside their decision reversal, the south Coast club yesterday revealed they donated thousands of items from Vitality Stadium to the town’s Foodbank.

The club’s head of catering operations Paul Fudge said: “We have seen how the pandemic has affected the lives of people across the world. With no games being played for the foreseeable future, we had plenty of food items left in the stadium.

I’m glad they will now go to those who need them most. This club has always been based around the community. Even more so at this time, we will do our best to help those in need in the local area.”

Coronavirus update: As far as sport is concerned, what’s on this weekend?

Premier League, EFL both suspended until April 4th at the earliest

Coronavirus intensifies across sport as events, matches cancelled or postponed