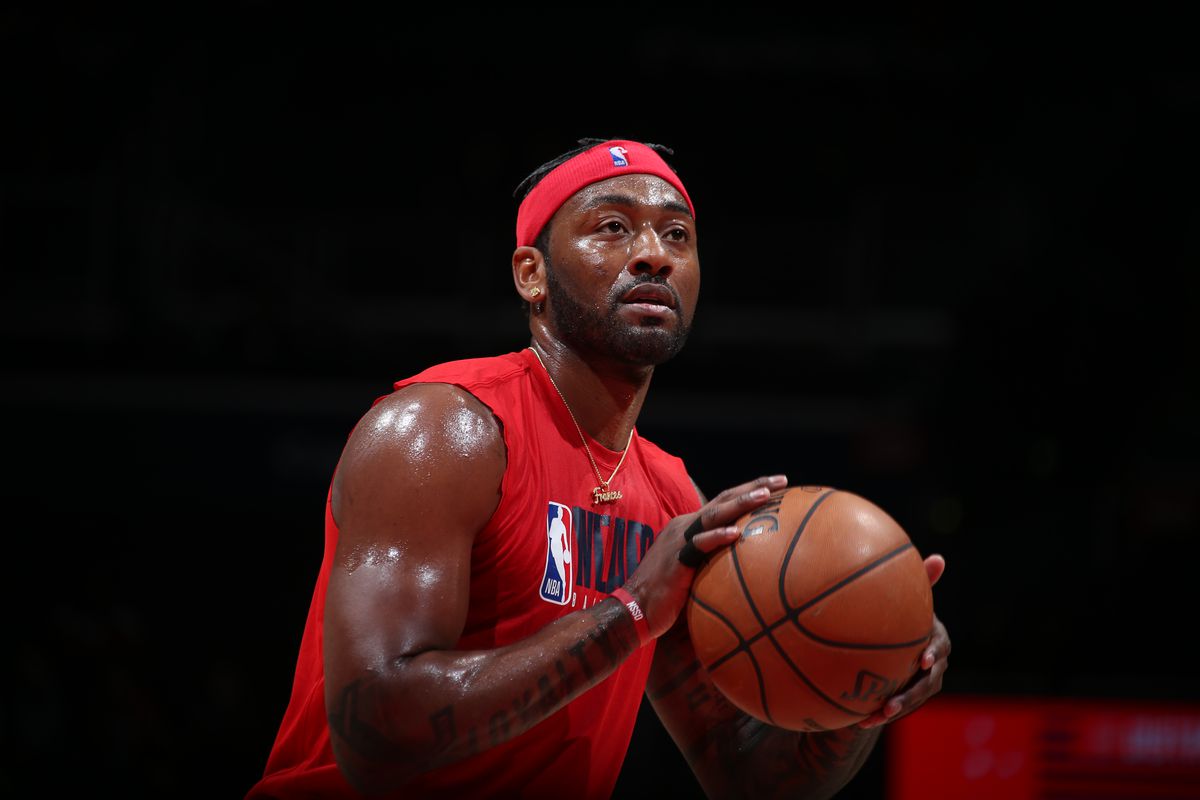 During a conversation with ESPN’s Rachel Nichols, Washington Wizards’ All-Star point guard John Wall revealed despite the coronavirus halting play, he will not return until the 2020-21 campaign. He also spoke about an eagerness to feature alongside fellow All-Star guard Bradley Beal with the Wizards once again.

It’s fair to say the Wizards (24-40) needed some positive news after a difficult 2019-20 season was suspended indefinitely last month.

Their franchise star Bradley Beal has been continually linked with a move away despite delivering career-high numbers, while their inconsistent form had seen playoff hopes gradually decrease without the presence of a second star.

That’s where Wall comes into the picture. He turns 30 in June and this marks the first season of a four-year, $171m deal with the Wizards. In every sense of the word, they cannot afford for his injury rehabilitation to go awry.

So, how have things been hampered by the current situation?

“It’s kinda been cool, I’ve been doing my workouts from home – luckily I have a half-court basketball court and weight room to do cardio, abs and things like that.

It kinda knocked [his recovery] off-balance because I’m not doing 5-on-5, [the type of] conditioning I like to do but I’m just great being at home, just trying to stay safe.”

Presuming the regular season resumes at a later date, will he potentially feature before the end of the campaign?

“Nah, with our programme and what we’ve got scheduled for next season, one of my ultimate goals is to make sure I’m fully healthy. Weight is down to where I want it at, but we’re going to wait until next season.”

What about his conditioning? Has he lost weight?

During his interview with Nichols, he admitted that he was losing weight, having gone on a strict diet after ‘8 months of no running’ and relative inactivity.

They say the best-case scenario to come back from this injury and be the best I possibly can, I need to lose weight and get down to where I used to be at. That’s my ultimate goal, to lock in and be in the best shape possible.”

What about his partnership with Beal, who signed a two-year, $72m extension last summer?

There was noise between the pair, with reports of some tension in their relationship.

Wall stressed that not to be the case, though he’s eager to return and reunite their feared backcourt next term:

“People don’t understand that we’re two talented guys, both stars who want the ball in our hands a lot and to take the last shot.

Just watching him develop, seeing him get better, I can’t wait to play with a guy like that who has evolved to another level.”

How long has he been out for?

The Wall-Beal partnership was a blossoming threat in the East (Picture source: The Sports Daily)

Wall hasn’t featured for the Wizards since recording 21 points, eight assists and seven rebounds during their 106-95 defeat against the Detroit Pistons on December 26, 2018.

He had surgery to repair a ruptured Achilles in February last year and their coach Scott Brooks publicly insisted they wouldn’t rush him back too soon – back in September.

As quoted by ESPN at the time, Wall urged patience with supporters getting restless: “Only me can know how my body feels. Everybody has a deadline of, ‘OK, at a year point, you’re supposed to be playing basketball. It doesn’t always work that way.”

The five-time All-Star averaged 20.7 points, 8.7 assists and 3.6 rebounds on a career-high two-point percentage (50.7%) before being sidelined indefinitely that season, months after reports emerged that he returned to training camp overweight.

He started to shoot and train on an increasingly regular basis, even featuring during some of the team’s warm-up sessions before games in recent months before last month’s suspension.

This latest update isn’t what Wizards fans will want to hear, but at least they are safe knowing that he’s continuing to improve on a day-by-day basis and the pandemic allows him an extended opportunity to work himself back into NBA shape – even if left without the 5-on-5 practice scrimmages and impressive dunks we’ve seen often in 2020 so far.