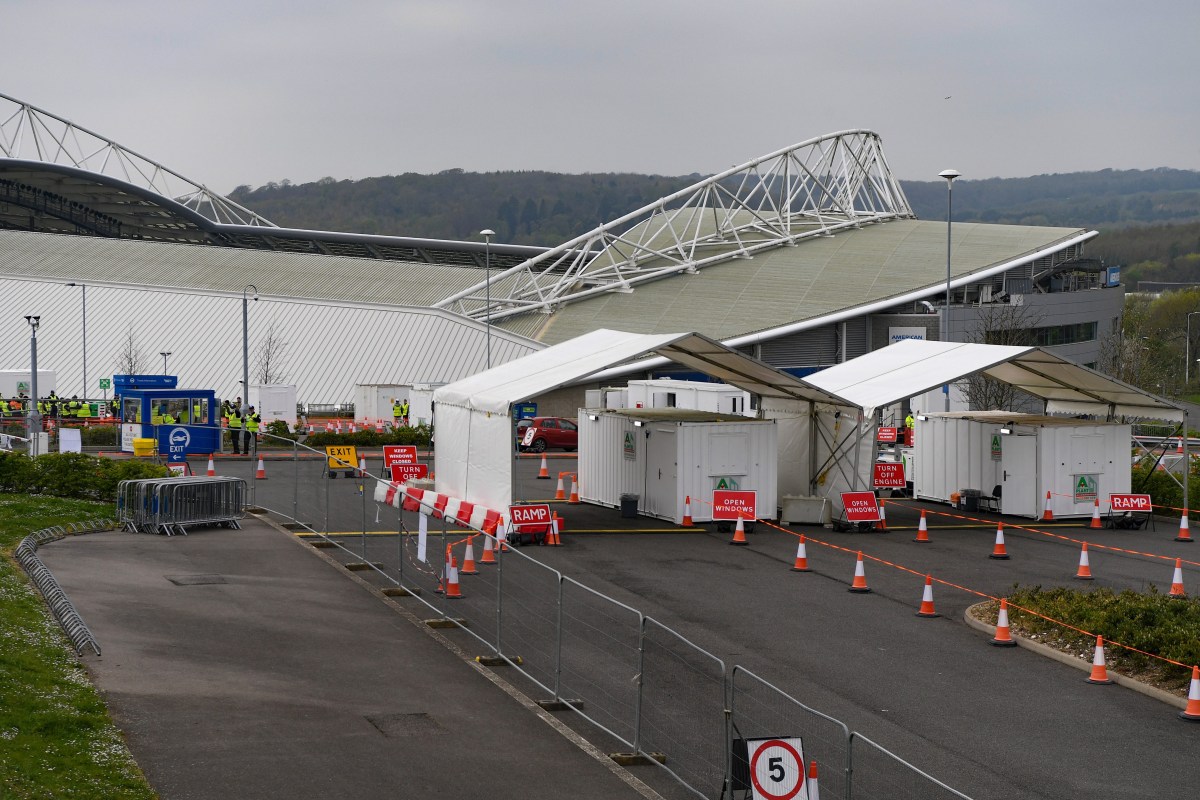 Brighton confirmed their Amex Stadium is the latest British sports venue turned into a coronavirus testing centre, following the lead of their league counterparts Tottenham and English rugby stadium Twickenham over the past few days.

As I reported last week, Tottenham reversed their heavily-criticised furlough decision while announcing they would be the first Premier League club to turn their ground into one suitable for testing facilities.

Brighton have followed them into doing the same, which will help the British government’s effort to increase the amount of testing readily available for thousands more National Health Service (NHS) staff and other key workers going forward.

The club’s official website said they are operating on an appointment-only basis for the aforementioned staff, while the facility will be piloted for its first few days in operation.

The club’s chief exec Paul Barber said: “The centre was scheduled to see more than 50 NHS frontline workers on Saturday afternoon – they will have results of their tests within 48 hours. Within a few days, the site should reach its capacity of up to 1,000 tests a day.

We have committed to do everything we can to assist the NHS and other key workers in this crisis. We have already opened up the doors of the training ground, as well as the stadium, to be used by the NHS, emergency services and local authority for training, storage or whatever they feel it can be used for in the fight against this pandemic.”

The country’s government has come under increasing pressure to increase its testing capability to help control the spread of COVID-19. The official death toll in Britain has risen to 16,060.

Perspective for the Premier League, what’s next?

According to reports, the Premier League are examining proposals where a small number of neutral venues host the remaining 92 games of the 2019-20 campaign, which also minimises the number of medical, media and security personnel needed.

This would in turn, free up stadiums being utilised for services to help fight the virus, fulfilling that need for a longer period.

However, questions over whether the season can be completed still remain. Until widespread testing is available to the public, league officials are wary of draining resources by testing players with the aim of clearing them to return to action.

Clubs met on Friday to discuss the possibility of finishing the season, though options were hypothetical after the UK extended lockdown restrictions for another three weeks.

Brighton were engrossed in a relegation battle, but owner Tony Bloom spoke about their situation. The Seagulls were two points clear of the relegation places with nine matches left before last month’s suspension. If the season ended with no more play possible, Norwich, Aston Villa and Bournemouth would drop down into the Championship.

Relegation means a financial hit in the region of £85m and Bloom expressed his belief that it’s unlikely 70% of top-flight clubs would vote to send the three teams down.

“It would be very difficult to relegate somebody, particularly from the Premier League, if the season hasn’t played out. I do not see how anyone can vote for that, certainly the percent needed for teams to get relegated.”