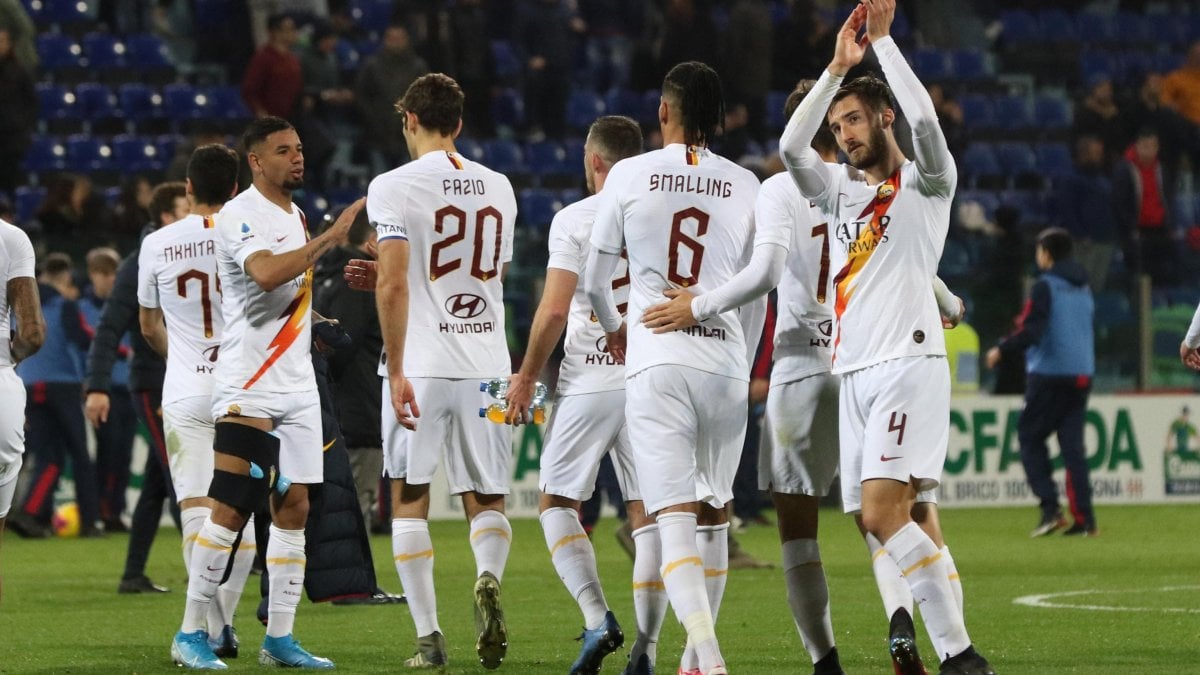 Serie A side AS Roma have agreed to go without four months’ salary to help the club through the crisis caused by the COVID-19 pandemic. This comes as elsewhere in Italy’s top-flight, Juventus, Parma and Caglari have all accepted reductions.

Tomorrow marks seven weeks since the 2019-20 Serie A season was suspended indefinitely, as the coronavirus pandemic forced the country into lockdown.

It’s unknown if or when the season can resume, though Roma revealed in a statement today that players will forego the wages they were due to receive between March and the season’s scheduled end in June. No European country has been affected worse by the coronavirus than Italy, with 23,600 people confirmed dead (correct: April 19, 7pm).

In addition, players will top up the wages of other club employees who were placed on the Italian government’s social safety net scheme to ensure they received their regular monthly income as normal. The club’s management are set to give up an undisclosed percentage of their earnings, too.

As quoted by the club’s chief executive Guido Fienga: “We always talk about unity at Roma and in volunteering to cut their salaries for the rest of the season, the players, coach and his staff have all proved that we really are in this together.

[Club captain] Edin Dzeko, all the players and [coach] Paulo Fonseca have demonstrated they understand what this club stands for and we also thank them all for their superb gesture towards the club’s employees.”

After I reported last month that Juve players agreed to wage reductions, other Serie A clubs have followed suit – Cagliari and Parma.

However, a recommendation that similar cuts are made for all top-flight clubs was rejected by the players’ union, who argued that those at smaller clubs are less able to afford such reductions.

Roma said if the current campaign resumes and is completed, players agreed an incentive-based plan to be paid “subject to the achievement of certain sporting objectives”.

After three successive league defeats in February, Paulo Fonseca’s men were unbeaten in four and had progressed into the Europa League last-16 after a 2-1 aggregate victory over Gent, where they would have played La Liga side Sevilla.

They sat fifth after 26 league matches this term on 45 points, three behind Champions League newcomers Atalanta in the final UCL qualification berth and a further six adrift of third-placed Inter.

The players reportedly told Fiengo in a letter that they were ready to start playing as soon as possible, while also realising the seriousness of the current emergency and how the economic consequences need to be handled effectively.

“With the hope of doing something that will help the company to better restart the Roma project that we all share, we offer this financial proposal.”