Last week, Leverkusen CEO Fernando Carro insisted that Kai Havertz will not be sold for a cut-price transfer fee, regardless of financial implications caused by the coronavirus. Here’s why their stance on the highly-rated playmaker is justified…

In a story published last Thursday, Carro warned potential suitors eager to take advantage of a deflated market that Havertz would not be available for a lower fee:

“Kai is a top player. Top players remain valuable because there are not many of them. I assume that the market values losses will not be reflected in the transfer fees for top players.”

Last month, the club’s head coach Peter Bosz claimed Havertz was worth “more than 100m”, while they are understandably unwilling to deviate from their high valuation of a youngster with world-class potential on the books. Renato Augusto certainly agrees.

“I really like what I’ve seen of him – he has real quality, great technique and can finish. I think he can be one of the best players in the world in a few years, he’s definitely one of the Bundesliga’s best,” the 32-year-old Brazilian told leverkusen’s official website. 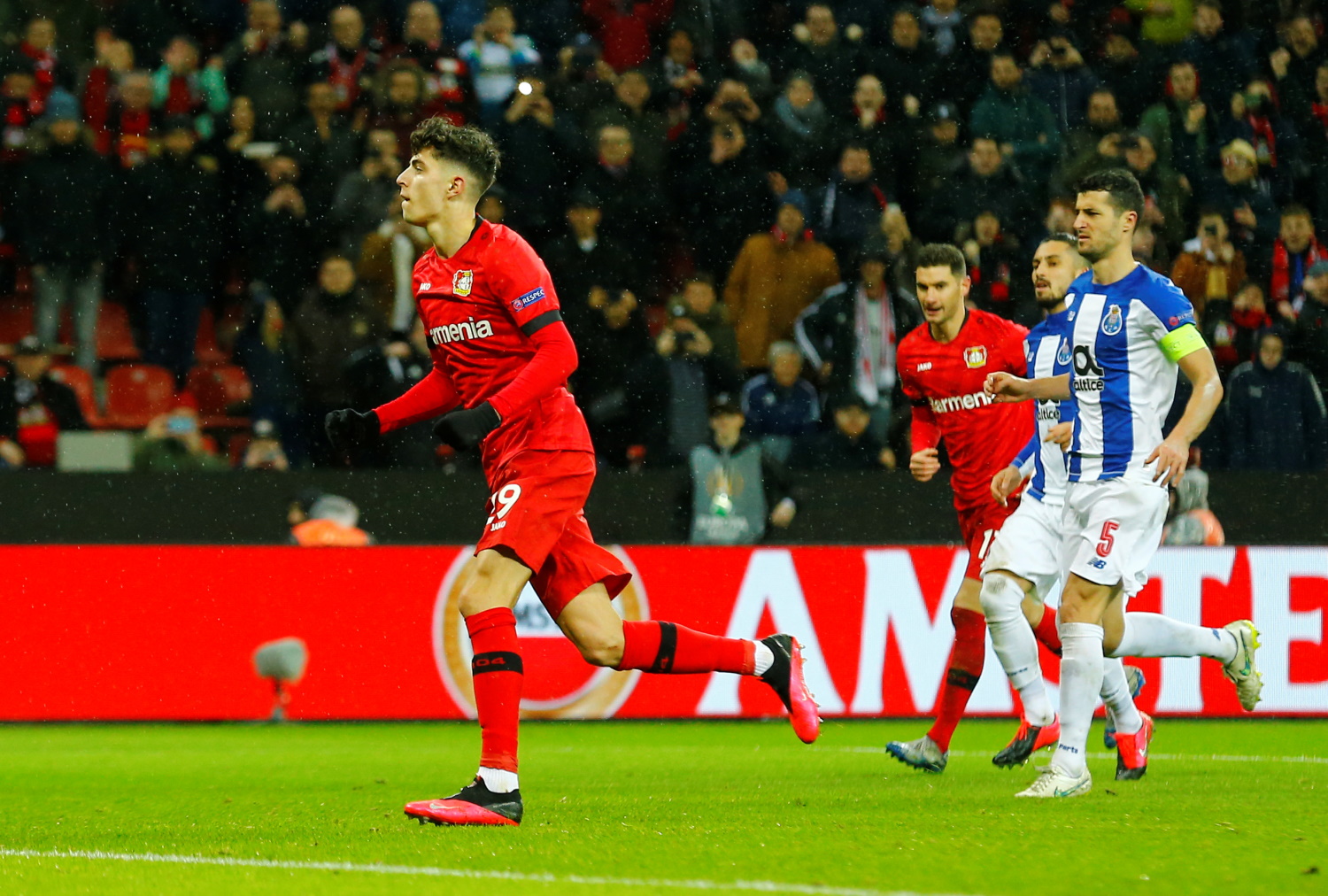 Havertz, who turns 21 in June, has two years left on his existing deal and has repeatedly stated his happiness in Leverkusen. Nonetheless, the Germany international knows that bigger challenges await – it’s a case of when he departs for a big-money move, not if.

He has scored 10 and created eight assists across all competitions this season. Despite delivering frustrating displays in B04’s underwhelming Champions League games before Christmas, Kai flourished in the Europa League before last month’s suspension of play.

He beats the legendary Klaus Fischer by 15 days 🆕 pic.twitter.com/cjkN1a3jjv

He made more history, becoming the youngest Bundesliga captain since Lukas Podolski in August 2005 back in February. Cynical perhaps, but you can only wonder whether it’s part of a ploy by the club to entice him into committing his short-term future there.

If it helps them succeed, as it has done so far, perhaps it’ll be worth it after all. Nonetheless, their staunch stance on his market value is equally supported by grace: with Carro also suggesting they’ll let him leave if he asks, provided they receive a suitable offer.

“We are still happy to have him and of course would like to keep him with us for as long as possible. You have to do this but also respect the player’s desire.”

Respecting a player’s desire in situations like these, when approached by more prestigious clubs and want to move on, is key for clubs like Leverkusen.

Although they have done a fine job in replacing that talent, they’ve had to do it quite regularly over the past decade. It’s why they are bullish with their demands and would hate for their years of player development to ultimately strengthen rivals like Bayern.

Since the 2013-14 season, their big-money departures include:

They don’t want to be seen as a stepping stone to bigger opportunities, yet provide talents with a platform to flourish both in Germany and across Europe. If some of those players had stayed, their team would look completely different now.

Bayer possess a core group of first-team youngsters (19 to 24) who are all being admired from afar and either have or will be linked with moves to pastures new.

It’s a never-ending cycle, with imposing centre-back Jonathan Tah a prime example of that progression. He has flickered in-and-out of the Germany squad over the past four years, but been continually linked with a Premier League move since he was a teenager.

Tah would have surpassed 150 Bundesliga appearances, had play not halted last month. Arsenal and Manchester City are among those interested, with a €40m (£34.8m) release clause a tempting proposition to consider – even in the current financial climate.

The question is, will Havertz remain patient? Mario Gotze comes to mind as a talented German who left too soon and made the wrong decision in joining domestic rivals seven years ago. Will history repeat itself? Considering his potential, you can only hope not.