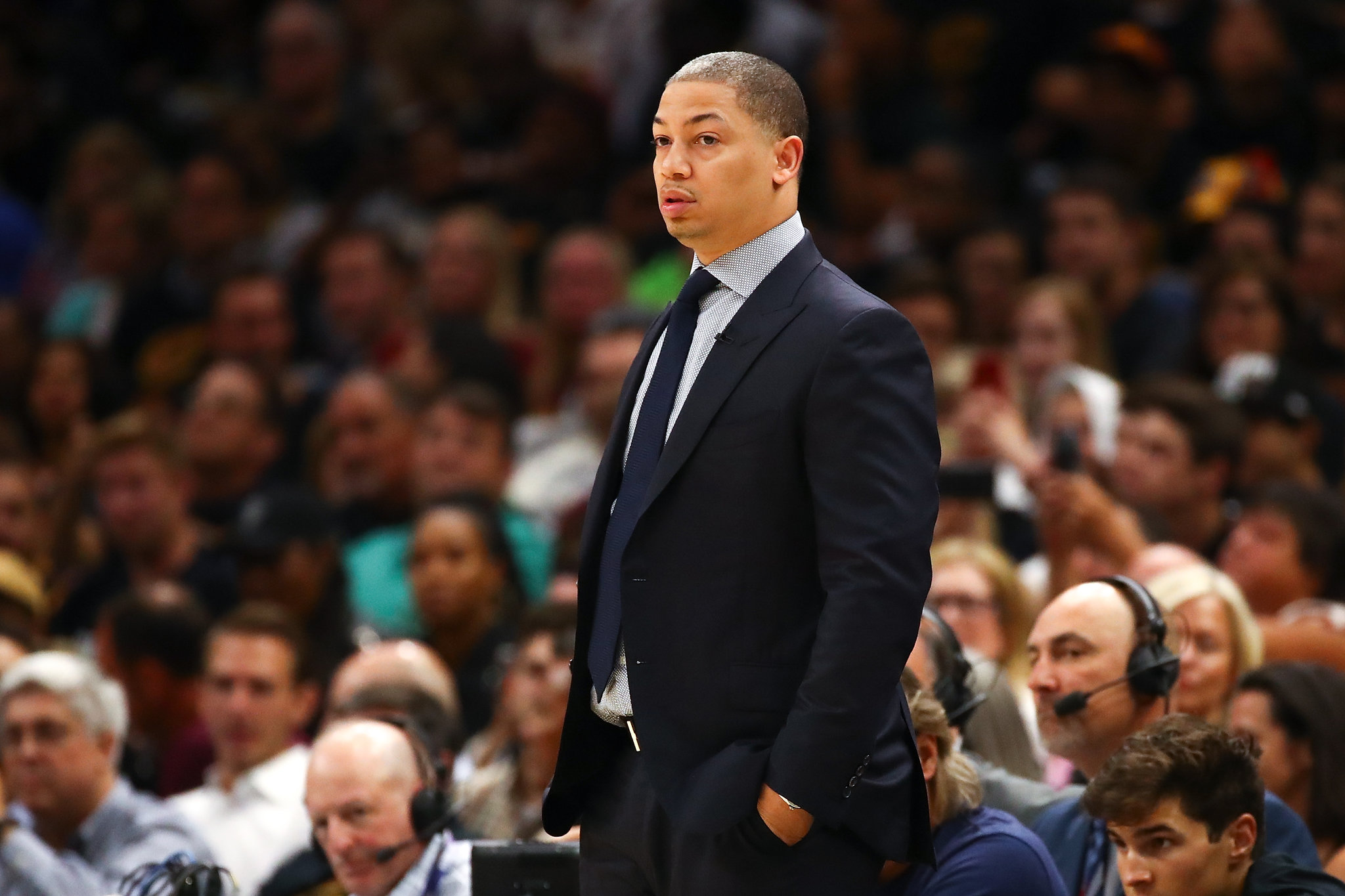 Los Angeles Clippers assistant coach Tyronn Lue is reportedly interested in becoming the Brooklyn Nets’ new head coach – where he’ll reunite with All-Star guard Kyrie Irving, who he coached during his tenure on the Cleveland Cavaliers.

This news update shouldn’t come as a surprise, considering Lue and Irving enjoyed plenty of success together in Cleveland. Lue led the Cavs to the championship in his first season after a dramatic seven-game win vs. the Golden State Warriors in the NBA Finals.

He also led them to the Finals in each of the following two seasons, despite losing on both occasions against the Warriors. Kyrie had departed for the Boston Celtics by then, before superstar forward LeBron James left for the Los Angeles Lakers the next summer.

According to Stefan Bondy of the New York Daily News, Lue wouldn’t be a cheap hire considering his previous decision to decline a three-year, $18m offer to coach the Lakers.

Bondy also pointed out that Nets GM Sean Marks earlier this month said the team are not actively searching for a head coach during the league’s hiatus due to the coronavirus pandemic, while he’s said to be pleased with interim coach Jacque Vaughn’s results.

Kenny Atkinson parted ways with the ball club last month, just days before suspension of play. He’s already been linked with HC jobs in Atlanta as well as the Knicks since then.

For the Nets, their ‘culture’ came at a cost and for anyone who thought otherwise, a culture only goes as far as the players allow it to, and even then there will be natural erosion over a period of time – hence why Marks alluded to Atkinson apparently telling him recently that “my voice is not what it once was here. It’s time.”

If the 2019-20 campaign returns, the Nets are in a playoff position with the number seven seed in the East despite their current 30-34 record.