According to football agent Yvan Le Mee, who has previously brokered deals for Real Madrid signings, Kylian Mbappe was poised to join Los Blancos this summer before the pandemic. Now though, the move looks an increasingly difficult to make.

Mbappe has been tirelessly linked with a move to the Santiago Bernabeu, despite only joining PSG permanently from Monaco two years ago. The €180m (£158m) fee they paid makes him the second-most expensive signing in history behind his Brazilian teammate Neymar, also been linked with a return to Spain.

PSG are reportedly determined to agree a contract extension with the 21-year-old at present despite current circumstances, whose current deal expires in 2022. Spanish reports claim they’re unwilling to let him leave next summer, regardless of whether he extends terms or not.

Mee believes that a deal between the two clubs will not take place until after the European Championship, which has since been moved to the summer of 2021.

As quoted from his Marca interview, he said: “Mbappe, in a normal context, without this horrible virus or the economic problem that’s coming, we could think he was going to sign for Madrid this summer. It doesn’t seem as though he’s going to renew and has two years left on his contract.

“But with all this, it seems impossible that a club is going to spend now what Mbappe costs. Because if Neymar is worth 222m, Kylian is worth 300m: he is younger and just as good, incredible. He’s going to be the world’s best striker and I think he’s going to want to play for the best club in the world, which is Madrid, and for one of his idols to coach him, which is Zidane.”

He used the current attacking situation at Real as a further example that he’d have no problems settling in. Karim Benzema (32) continues to lead the line, while Mariano Diaz (26) has struggled since returning in 2018. Luka Jovic (22) has suffered a drastic fall since his £54m move from Frankfurt last summer, making only four league starts this term.

“Plus today, there is no great competition in Madrid’s attack. That’s where they have a greater demand. They have a great like [Karim] Benzema, but he is going into the last years of his career. Today, there is more competition in PSG’s attack than Madrid and I’m sure he’d find his place without any problem. This year, there won’t be any big transfers because they are not going to do crazy things, and I think it will come after the Euros.”

Mendy’s Madrid deal was in doubt, with Italian interest 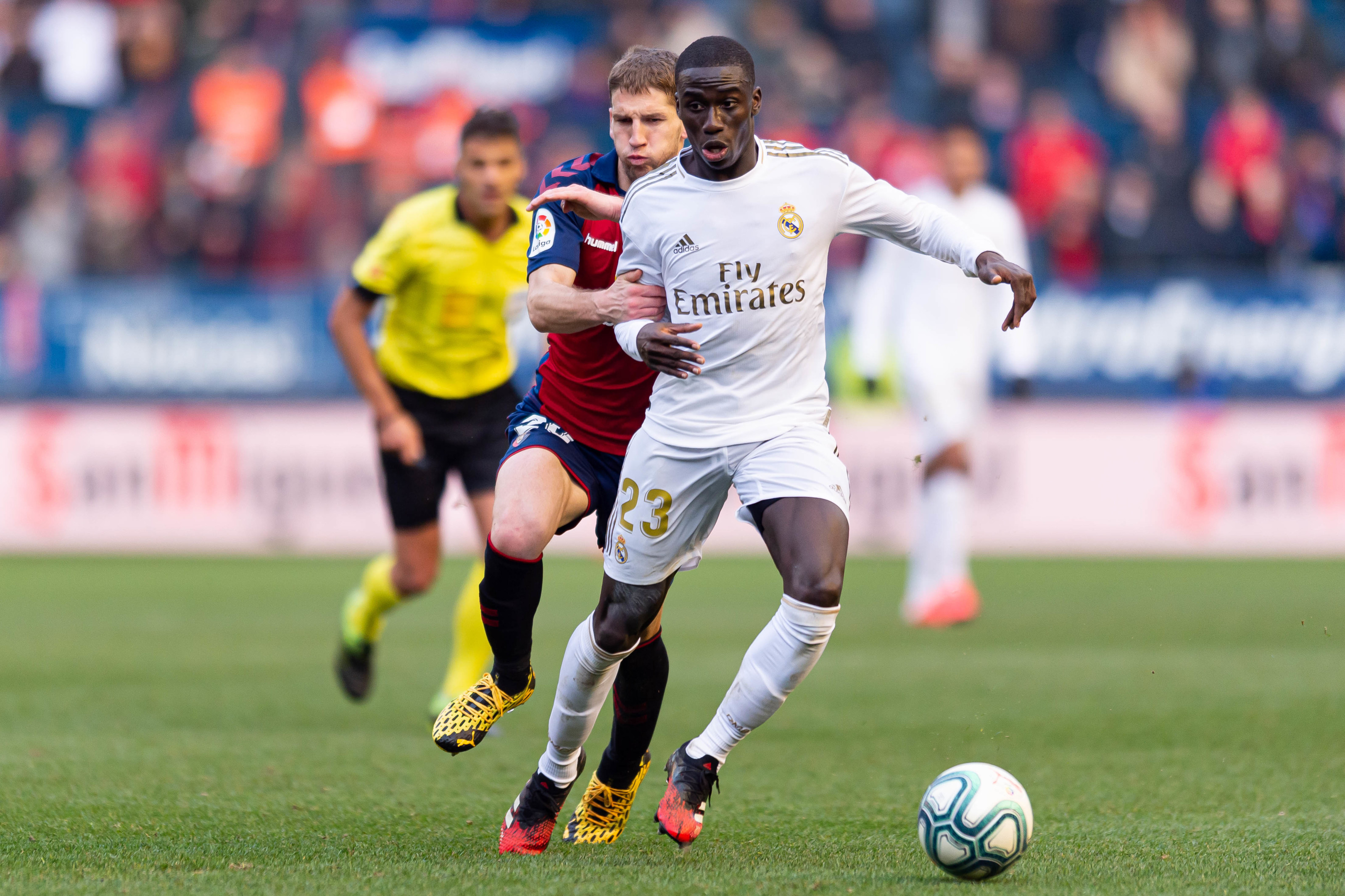 Mendy has made 22 appearances across all competitions this term, cementing his place

Mendy has quickly asserted himself as Real’s first-choice left-back this term, with consistent displays helping prove his ability as a long-term Marcelo replacement.

However, Le Mee said the move was in serious doubt before Zidane made clear his determination for the signing to be completed. Lyon were understandably reluctant to lose one of their prized assets, just two years after a £4.5m move from Le Havre.

Le Mee said the move was in doubt before Zidane made clear his determination for the signing to be completed.

“It was a very difficult transfer because Lyon didn’t want to sell. They wanted him for another year, and Madrid didn’t want to pay 48million [euros] plus the five [million] in bonuses. Negotiations lasted for months, they already had many players in that position.

“[Chief scout Juni] Calafat and [general director] Jose Angel Sanchez did an exceptional job in negotiations. Zidane wanted the player at all costs and, despite problems, he never gave up and that’s super important because there are times when the coach gets tired of waiting and the club changes its mind.”

He cited Serie A champions Juventus, Napoli and Inter as the sides interested in the 24-year-old’s services but also revealed Ferland had a Zidane poster in his room as a child.