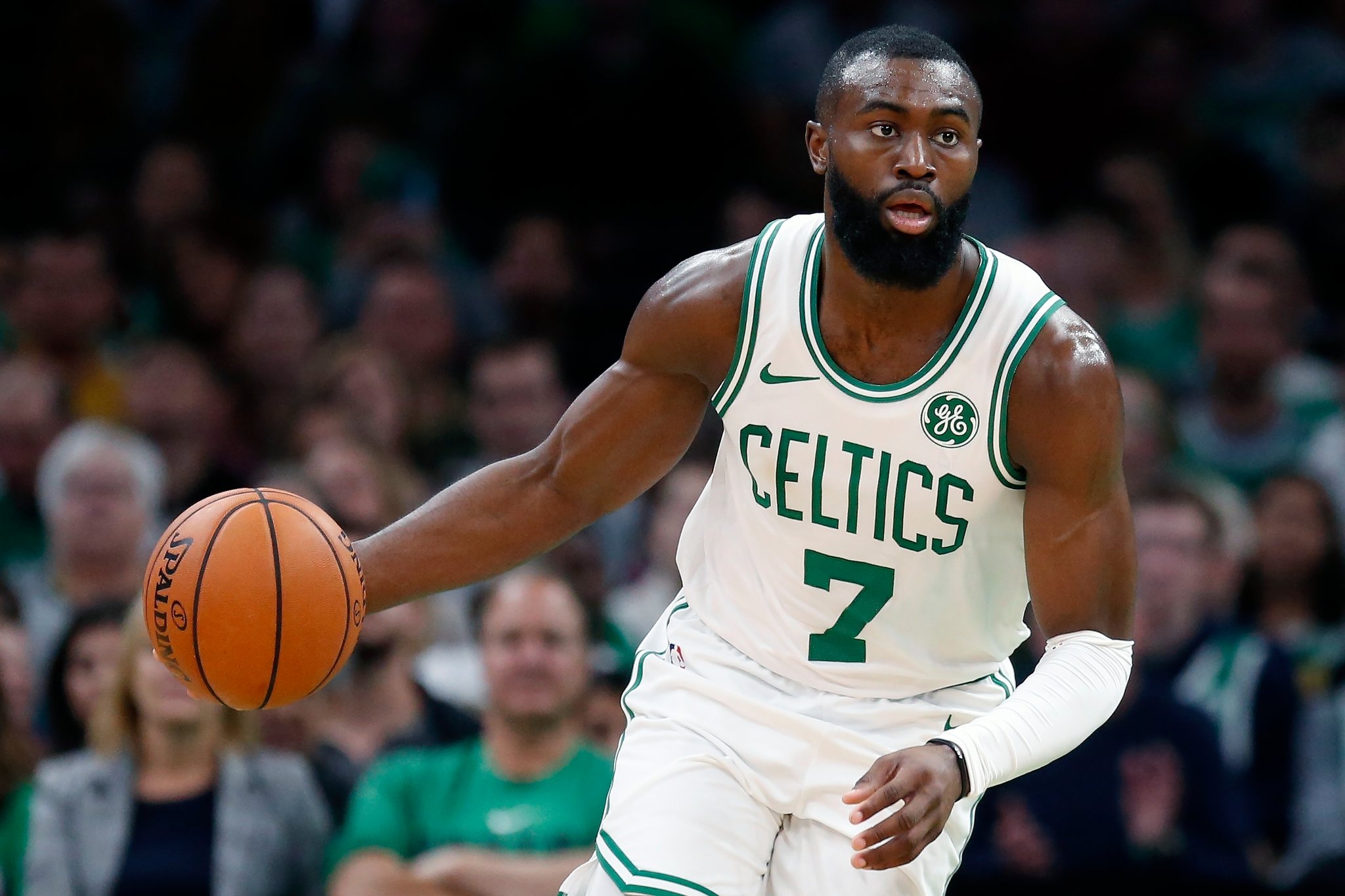 Boston Celtics forward Jaylen Brown is urging people from his hometown of Georgia to stay home amid the coronavirus pandemic, despite Governor Brian Kemp announcing that certain businesses will begin to reopen starting today.

As reported by CNN in the early hours this morning, the 23-year-old spoke to Christina Macfarlane about his fears for the future given the current climate.

He said: “As a Georgia native, I feel uneasy that I have family and friends there that will be the first to go back into society. I don’t want to see Georgia be… the guinea pig for what the economy is trying to do and start back up.”

As quoted by a WSB-TV piece, Georgia governor Kemp said this on Monday:

“In the same way that we carefully closed businesses and urged operations to end to mitigate the virus’ spread, today we’re announcing plans to incrementally and safely reopen sectors of our economy.

This measure will apply statewide and will be the operational standard in all jurisdictions, meaning local action cannot be taken that is more or less restrictive.”

By Monday (27th), movie theatres may resume selling tickets and restaurants limited to takeout orders can go back to limited dine-in service. However, both bars and nightclubs will remain closed for now.

Brown was elected as a Vice President of the NBA’s Player Executive Committee last year:

Formerly acting as the alternative @celtics Player Representative, @JaylenBrown has just been elected as an NBPA Vice President and will now serve his 3-year term on the Executive Committee. pic.twitter.com/0yLgc6cxra

He has engaged in social justice discussions for years, previously shown a desire to broaden his horizons and wrote an opinion piece in the Guardian last weekend, arguing that COVID-19 has exposed America’s inequalities.

“Coming from the community that I come from, even though I might have raised my social mobility by being an athlete and having a certain level of economics, I come from humble beginnings. I think systemically there are aspects of our health care that need to be addressed. I think there’s been like elephants in the room for a long period of time.

“When I watch President Trump and some of these government officials, it just causes more anxiety and panic, because I don’t feel like people are on the same page. I think that we should be united in our stance – it’s not a political game.”

His quotes come hours after President Donald Trump’s stunning comments at the White House’s coronavirus task force briefing. He suggested people could receive disinfectant injections as a cure, a notion that one medical expert described as ‘jaw-dropping’.

Discussing new government research on how the virus reacts to different temperatures, climates and surfaces, the 73-year-old said:

“Is there a way we can do something, by an injection inside or almost a cleaning? Because you see it gets in the lungs and does a tremendous number on the lungs, so it’d be interesting to check that. You’re going to have to use medical doctors for that, but it sounds interesting to me.”

Many experts have since denounced Trump’s theory, cautioning those who may be tempted to trial the treatment that injecting disinfectant in the body could prove fatal.