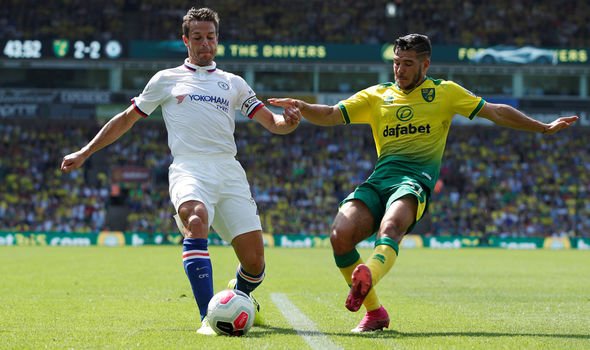 Aston Villa have today agreed four-month 25% salary deferrals with players, coaches and management. Chelsea are yet to reach an agreement over pay cuts, having rejected captain Cesar Azpilicueta’s latest proposal. Elsewhere in the Premier League, Norwich have defended the decision to furlough non-playing staff.

Aston Villa issued an update of their own on Saturday, confirming first-team players, coaches and senior management have agreed to defer 25% of salaries for four months.

There will be a further review afterwards, but also confirmed that all non-football staff – full and part-time employees – will be retained and paid in full throughout the lockdown, so no furloughing of staff. Facilities are being made available to the multiple agencies working hard during the ongoing national emergency.

The club’s CEO Christian Purslow said: “Our players, staff feel great solidarity with the many clubs in the football pyramid who have financial problems.

We believe it is right and proper that the Premier League as a whole takes action on its finances collectively, enabling it to be able to continue providing vital funding throughout the game in England.”

According to the Guardian, the Blues insist negotiations are both amicable and continuing but Chelsea are unwilling to approve what the players have offered – believed to be less than the 10% figure being reported.

Arsenal recently agreed a 12.5% cut that was subject to performance incentives, whereas Chelsea players were apparently prepared to take an unconditional wage reduction over the next four months. The stumbling block has been a precise figure.

Head coach Frank Lampard is not involved in discussions regarding possible pay cuts, with the 41-year-old preferring not to take sides between players and club management.

After ‘extensive talks’ between Azpilicueta and club director Marina Granovskaia, the situation remains unresolved at the time of writing.

A statement on the club’s website read: “At this time the men’s first-team will not be contributing towards the club financially and instead the board have directed the team to focus their efforts on supporting charitable causes. The club will not be taking advantage of the government’s current coronavirus job retention scheme which runs to 30 June – not planning any general redundancies or furloughs for our full-time staff.

They will also credit season ticket holders on a pro-rata basis for any matches not played with fans in the stadium, once the remaining 19-20 season fixtures are agreed upon.

In addition, they also are set to reimburse travel and accomodation costs up to £350 per ticket holder to cover non-refundable expenditure by the 3,800 fans due to travel for their last-16 return leg fixture away at Bayern Munich last month.

“Casual workers and matchday staff employed by the club are being compensated by us through 30 June as if matches had been played and we had been operating as normal.”

As previously mentioned, Norwich have defended their decision to place some of their non-playing staff on furlough leave during the coronavirus pandemic.

After some teams have already reversed their heavily-criticised decisions in recent weeks, the Canaries are now one of just two Premier League sides using the scheme where employees receive 80% of wages from the government. Newcastle are the other PL club turning to the job retention scheme and seemingly unwilling to change.

The club’s business & project director Zoe Ward revealed the club have furloughed staff members who cannot work, but said that ‘at least 50% of the workforce are still working in lots of different areas across the club’.

Per the club’s website, she said: “What we wouldn’t wantn is a situation where we don’t furlough now and don’t know where this will go, the impacts will be and then say in 6-12 months’ time, we’re having to make some really difficult calls in terms of staffing.”

Meanwhile, their chief operating officer Ben Kensell told BBC Radio Norfolk: “The decision we made was in the best interests of the club and its staff. We’ve been very transparent that we’re run in a self-financed manner. Ultimately, if we had the available cashflow to not have to take up schemes then, like other football clubs have, we would.

The difference is we’re running it as a business, the best way we believe will help for the future. It’s also about our staff, what we don’t want is a raft of redundancies. We knew we’d get criticised as a result of it; what we’re not going to do is take a different view on that. We’ll stick to our guns and believe we are doing it for the right reasons.”

Norwich, rooted bottom of the Premier League with nine games left to play before suspension, are reportedly budgeting for a loss between £18-35m due to the pandemic.