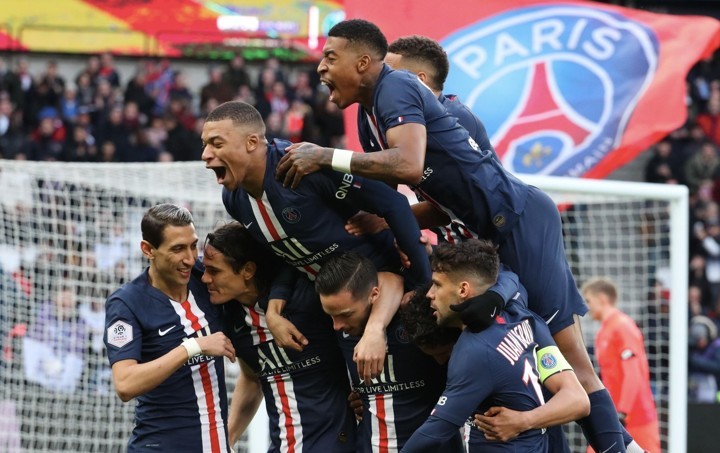 After Tuesday’s confirmation from the Professional Football League (LFP) that the 2019-20 Ligue 1 season cannot be completed, Paris Saint-Germain have been declared champions. Marseille and Rennes will compete in next season’s Champions League, while Lorient are Ligue 2 champions and will be promoted alongside Lens.

The LFP have utilised a performance index based on the number of points earned from matches played, confirming PSG as Ligue 1 champions for a third consecutive campaign.

It means they have now won the trophy in seven of the last eight seasons, with AS Monaco (2017) the only other victor during that spell.

PSG chairman Nasser Al-Khelaifi has said they dedicate the title to healthcare staff and the ‘everyday heroes’ on the frontline whose commitment and self-sacrifice during this unprecedented period has ‘earned our deepest admiration’.

Although it’s not an ideal conclusion to the season, Thomas Tuchel’s men were 12 points clear atop the table with a game in hand over their closest rivals.

LFP president Nathalie Boy de la Tour said: “We have brought an end to the 2019-20 season. PSG win the Ligue 1 title, while Lorient the Ligue 2.”

Andre Villas-Boas’ Marseille trailed them on 56 points, with Stade Rennais six points behind them in third place after 28 top-flight fixtures. The pair will be competing in next season’s Champions League – Rennes for the first time in club history – while Lille (4th, 49 pts) narrowly miss out.

Villas-Boas praised the country’s decision to end the season as it is, saying:

“I think the decision is totally logical as it is too early to start training again. The conditions required to be met to return to training, and notably procedures established by the doctors, were very difficult to put into place.

I think that this is a good thing, it goes in the direction of a sense of respeect that we need to have for the victims of this virus, in France and the world.”

Lille will join Nice in next season’s Europa League group stages, while Reims will have to qualify. That’s subject to change: should Lyon or Saint-Etienne beat PSG, they progress into the UEL at the expense of one of the aforementioned sides.

What about relegation and promotion from the second tier? 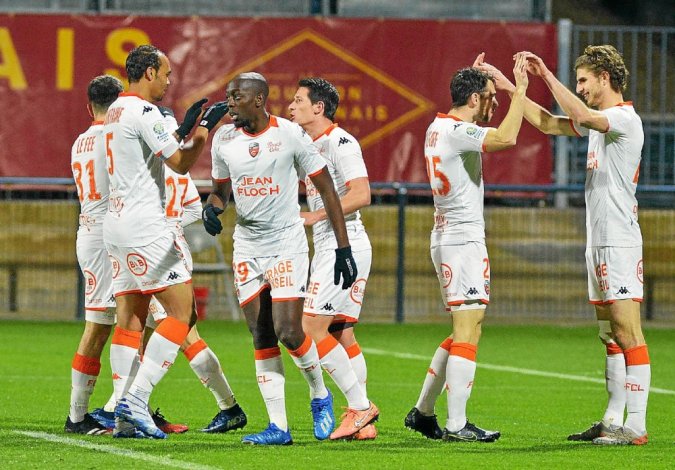 As for relegation, Toulouse had just 13 points after 28 games and will drop down into the second division after a 17-year run among France’s elite. Amiens (23 pts) and Nimes (27) will join them next season, though it’s unclear when the 2020-21 season does begin.

Having lost successive games before last month’s suspension, Lorient will feel grateful about their early season form propelling them to such heights.

They had 54 points after 28 games, with Lens (53), AC Ajaccio (52), Troyes (51) and Clermont (50) all catching them in the race for top spot in the second division. Lens will also be promoted, though there are still plenty of things left to be decided.

LFP director general Didier Quillot said: “We were genuinely ready to finish the season like the Germans and Spanish but we respect the government decisions that have been made.

“Our aim is to start the 2020-21 season in August – 22nd or 23rd latest. The date will be decided after consultation with the broadcasters [Mediapro]. If matches behind closed doors are authorised, domestic cup finals could possibly take place in August.

“The board validated the end of the championship and the standings. Yes, there will be appeals, but the decisions made are binding.”