This past weekend, UFC president Dana White announced the official lineups for UFC Fight Night events on May 13 and May 16 in Jacksonville, Florida – which will follow this weekend’s heavily-modified and rescheduled UFC 249 card.

UFC 249 was originally planned to take place on April 18 at Brooklyn’s Barclays Center in New York – but due to the coronavirus pandemic, the event was ultimately postponed.

It was moved to May 9 and Dana has announced two more cards as part of the UFC’s aim to resume normal operations despite the COVID-19 outbreak seeing sports suspended worldwide since March. The three events will take place over an eight-day span. 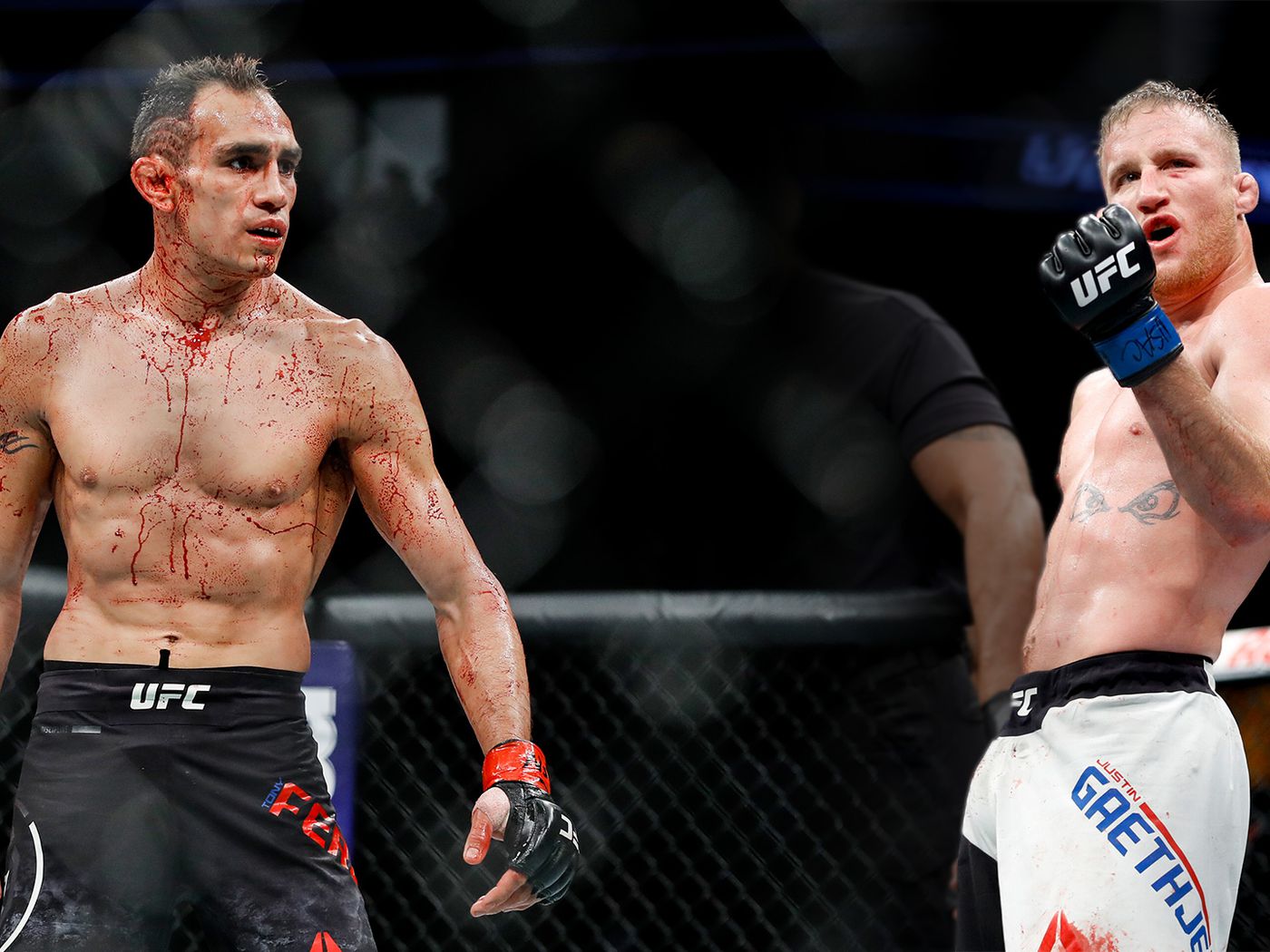 An interim lightweight title fight between Tony Ferguson (25-3) and Justin Gaethje (21-2) will headline this weekend’s UFC 249 show on May 9 – a pay-per-view event that critics were certainly not expecting.

COVID-19 context: Khabib Nurmagomedov was to face Ferguson in their highly-anticipated title fight, but lockdown rules mean the champion is grounded at home. Gaethje replaces him at short notice and has chance to snatch Tony’s #1 contender spot.

Cruz, 35, replaces José Aldo after pulling out on April 8 due to visa issues from his native Brazil – as the event (originally scheduled as UFC 250 main event) was moved to the US.

Elsewhere, Donald Cerrone (36-14) will look to return to winning ways after suffering a 40-second knockout defeat by Conor McGregor in February – he faces Anthony Pettis (22-10) in a compelling bout on the prelims, a rematch seven years in the making.

May 13 card – UFC on ESPN: Smith vs Teixeira

Smith will face Teixeira in the May 13 headliner, the latter of which is on a three-fight win streak

A light heavyweight matchup between former title challengers Anthony Smith (33-14) and Glover Teixeira (30-7) will headline UFC’s Fight Night on May 13.

COVID-19 context: Smith-Teixeira was originally scheduled for April 25 in Nebraska.

Ray Borg (13-4), Ovince Saint Preux (24-13), Michael Johnson (19-15) and former heavyweight champion Andrei Arlovski (28-19, 2 NC) are among the notable fighters who are set to feature – in an event packed with four preliminary bouts before the main card.

What about weight cuts?

Saint Preux (light-heavy to heavyweight) and Edson Barboza (lightweight to featherweight) are just two fighters who are changing weight classes for these events.

However, White has maintained his preference for fighters to stick to their typical weight class, particularly during this pandemic.

“Guys who don’t want to cut weight right now, they feel like it’s tough because they can’t have the typical type of camp they would have, with tons of people — a real hardcore training camp — because gyms aren’t really open. I told those guys not to fight now.

Dana also confirmed last month that all three May events will take place without a live audience in attendance, having been forced to postpone a total of six events. Despite this, the 50-year-old’s determination to ensure the UFC are the first major sports organisation to return while still holding its entire 42-event schedule in 2020 is impressive.

Bellator MMA has postponed their schedule through June, while the Professional Fighters League, a tournament-based promotion, suspended its entire 2020 season.

Overeem will want a return to winning ways vs. Harris, who’s keen for a big scalp on his record

For the third and final card planned this month, former title challenger Alistair Overeem (45-18) faces Walt Harris (13-7) in an eagerly-anticipated heavyweight bout – one that was scheduled to take place before Christmas last year.

Harris, unbeaten in his last four fights, pulled out of contention a month before the encounter due to the ongoing search to find his missing stepdaughter Aniah Blanchard.

The fight was postponed, then moved to May 16 and will now headline an event which also features former strawweight challenger Claudia Gadelha (17-4) and the aforementioned Barboza – he’s won just one of his last five fights, spanning three years.

Elsewhere in company news, the UFC 251 event – originally slated for June 7, has been postponed as a result of government restrictions.

Given logistical issues presented by the pandemic, staging any shows outside the US is highly unlikely for the foreseeable future.