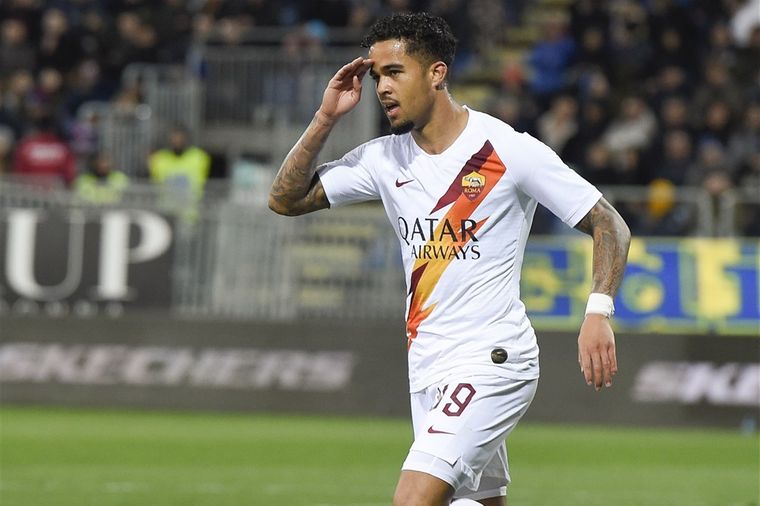 Despite more speculation linking him with a Premier League move, Justin Kluivert stayed put at Roma last summer. Once football resumes, the Dutch winger will be keen to make up for lost time after a season hampered by inconsistency in Italy.

This month marks three years since those events took place in Stockholm and today is, as hinted by the title, Justin’s 21st birthday. Plenty has happened since then for both player and manager, but not exactly according to the script.

Kluivert was supposed to join Mourinho in Manchester, flourish under the Portuguese and do what Memphis Depay couldn’t: prove that Eredivisie-based forwards are just as good against tougher, more physical opposition in England’s top-flight.

Instead, he opted for a move to Italy with AS Roma: a team who have flickered between Champions League and Europa League competitions often in recent seasons.

It was heralded as a wise move by a youngster keen for regular minutes, who would be under less pressure there than the rigours of Premier League football.

At the time, Patrick said: “I’m very satisfied with what he is doing, I think United would have been too big a jump – Roma is an important club, but the pressures are lower.

“He doesn’t speak much, but is someone who knows how to listen and is motivated. I would have liked [him] to stay in Ajax for another year, but he chose for himself and I think Roma is a good solution.”

Nonetheless, there was still a transition period. He scored two goals and created eight assists in 35 appearances (all competitions) last season, a modest return for someone they paid £15m to prise away from Ajax the previous summer.

But alas, there was enough ability and world-class potential there to justify the outlay as Roma finished sixth, just three points shy of the final Champions League positions.

Just think: instead of Atalanta emerging as dark horses in their maiden UCL campaign, or Inter’s Lautaro Martinez improving his reputation with impressive displays vs. Barcelona and Borussia Dortmund, that could have been Kluivert & co at Roma.

Nonetheless, this season has been a learning curve for Justin. He was sent off for the first time in his career against Sampdoria in October:

Then, he was sidelined through a hamstring injury in December and January – 20 minutes after scoring the opener during their 3-1 away win over Hellas Verona.

After returning in mid-January, he mixed a few encouraging displays with equally frustrating games too. It rather typified his situation at Roma, where he hasn’t produced the types of goal contribution stats you’d expect from someone eager to assert himself.

Speaking about his famous surname and ambitions in April 2018, he said: “I’m very calm and down to earth with those kind of things. In fact, I like to play with this name, it’s like an honour and maybe I can even expand the name.

That would be great. I want to improve everything, I’m still very young. I give everything in training and also make a point of trying to improve on even things that are already going well.”

Paulo Fonseca, who succeeded Claudio Ranieri as Roma boss last summer, has helped him add more versatility and consistency to his game.

During an interview with Fox Sport in March, Kluivert spoke about his progression: “In reality I like it [playing in a different role]. I’m in a slight different position than before.

I’m almost a 10 and now I am starting to better understand the coach’s requests. In Holland, I played openly and often found myself in one-on-one situations.”

There’s never a ‘good’ time for unprecedented events such as these to occur, but the suspension in play has come precisely at the wrong time.

He scored in successive games against Gent (Europa League) and their 4-3 win over Cagliari, his last two games before the COVID-19 pandemic saw play suspended in Italy on March 8.

They were set to face La Liga side Sevilla in the UEL last-16 and sat fifth in Italy’s top-flight on 45 points after 26 games, three behind fourth-placed Atalanta (who had a game in hand).

Although mid-table Fiorentina have been linked with an approach for him, he was beginning to blossom and will be itching to return, making up for lost time.

He’s 21 now, no longer 17 nor among Europe’s hottest prospects regularly linked with big-money moves. However, there’s no reason he cannot force himself into that category with more consistency and importantly, improved numbers. After all, he’s playing among better teammates.