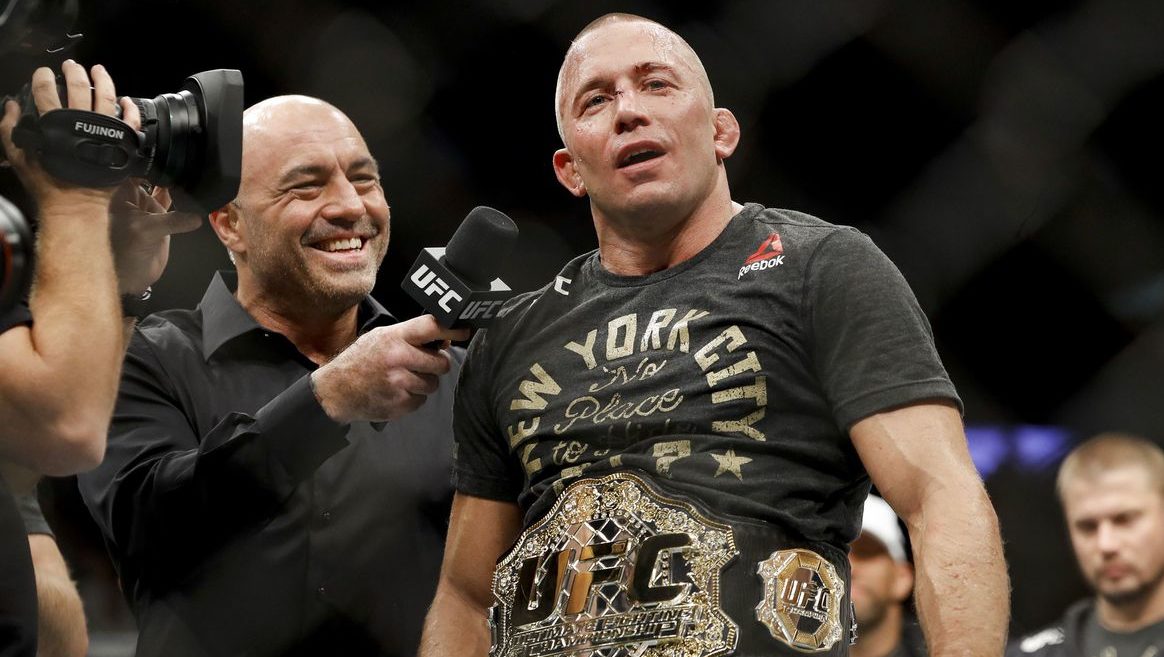 As announced during UFC 249, former middleweight and welterweight champion Georges St-Pierre (26-2) will be inducted into the UFC Hall of Fame this summer. He is widely regarded by many as the best MMA fighter of all-time and after retiring last year, it was only a matter of time before his name featured in the HoF.

St-Pierre (26-2 MMA, 20-2 UFC) will join the modern-era wing as part of this year’s 2020 class, having retired in Feb. 2019 after enjoying an illustrous career. The French-Canadian won titles in two weight classes while being one of the promotion’s biggest stars – asserting his name as arguably the pound-for-pound best of all-time.

The promotion’s president Dana White was full of praise for the 38-year-old, saying:

“Georges St-Pierre is a pioneer of Canadian MMA who helped build the sport globally. He is the most famous athlete to ever come out of Canada and one of the greatest martial artists of all-time. We’re proud to induct him into the UFC Hall of Fame Class of 2020.”

The face of Canadian MMA has a new home 🇨🇦

As White alluded to, he was the face of MMA in Canada and helped the company set a then-record attendance of more than 55,000 at UFC 129 in April 2011. Headlining multiple pay-per-views, he earned victories against B.J. Penn, Jake Shields, Nick iaz, Carlos Condit, Johny Hendricks and Michael Bisping in 2017 – after a four-year layoff.

St-Pierre was quoted as saying: “It’s a great honour to be inducted to the UFC Hall of Fame. I want to thank Lorenzo and Frank Fertitta, Dana White and the entire UFC team, my family, coaches and teammates, past collaborators, opponents and of course, all UFC fans. It’s been an amazing journey, without them none of this would have been possible.”

Statistic: GSP became the fourth multi-division champion in UFC history, after defeating Bisping via a third-round submission at UFC 217 – with a rear-naked choke. In addition, he still holds the record for most successful UFC welterweight title defences (9).