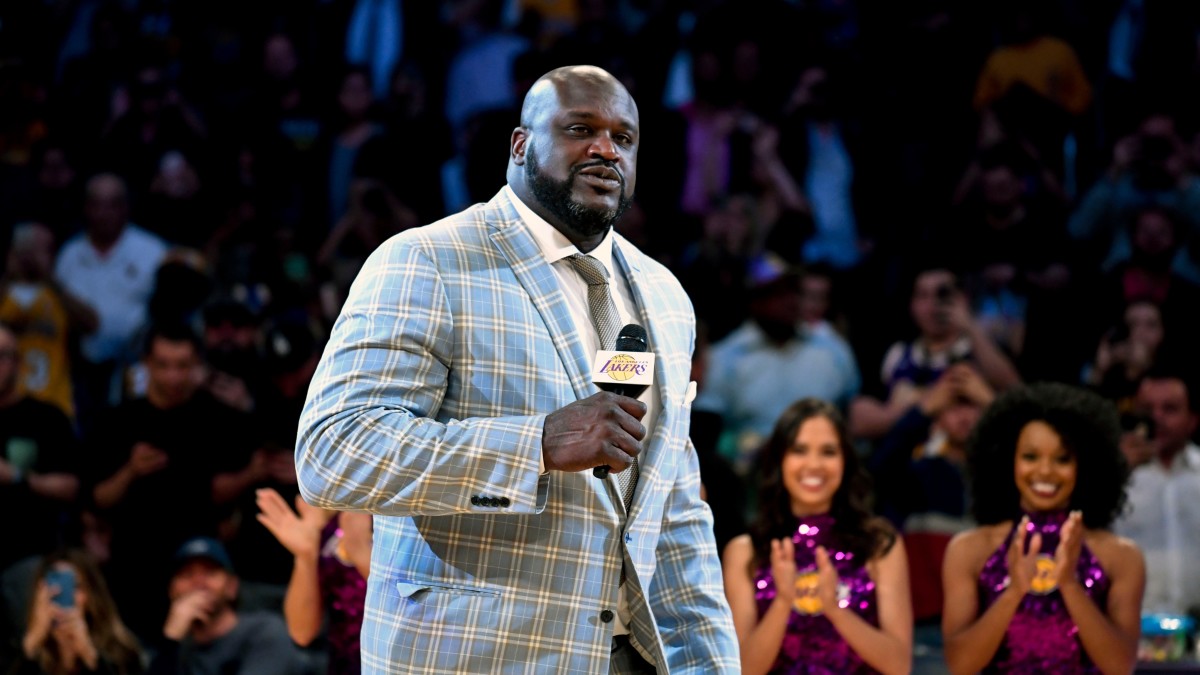 Legendary center Shaquille O’Neal believes the 2019-20 NBA season should be scrapped entirely, despite the league’s determined efforts to conclude this campaign at some stage this summer – amid the ongoing coronavirus pandemic.

Today marks two months since the NBA suspended play on March 11 due to the coronavirus, with periodic updates on how things stand since that date.

The league has allowed teams in markets where stay-at-home orders have been lifted to open up their practice facilities again this past weekend, though only two teams did so.

Several others also plan to this week, but there is naturally some unease between players and their ball clubs about how to go about training during current circumstances.

All things considered, the four-time NBA champion doesn’t believe there’s much point in efforts to try and finish this existing season.

During a phone interview with the New York Post on Friday, he said: “We should scrap the season. Continue to care about the safety of the players and people, let the government figure out how they’re going to get rid of this thing forever. I hate hearing this statement, oh it’s going to come back.”

Although most will have kept in shape with workouts and player-specific training regimes at home, stars are rusty and teams will look much different if the season does resume, which may lead to an unexpected or undeserving team winning the year’s title.

O’Neal doesn’t believe that’s a fair outcome, especially given the fact there was only a month left of regular season action before the playoffs were slated to begin in April.

Shaq’s former team Los Angeles Lakers (49-14) were leading the West, while Milwaukee Bucks (53-12) were enjoying a record-breaking season in the Eastern Conference.

“Most of the time you could predict who is going to win a championship. Now what if we come back and a team that wasn’t supposed to win wins? There’s going to be an asterisk behind that championship. I think, personally, we should say, ‘OK, let’s just continue to worry about the safety of people and players, and we’ll see you guys in training camp.'”

What about plans to play behind closed doors, no fans?

One of the ideas to resume play involves holding games behind closed doors with limited personnel present, regardless of whether games are played in a single location or not.

Although this would ensure no fans are at risk, O’Neal rightly pointed out the fact there would still be plenty of other people in the arena – so the risk remains regardless.

“If we try to finish the season with no fans, you still got to bring in a camera crew, the trainers, other people. What if one of those guys gets it? All it takes is one.”

While Vince Carter spoke earlier this month about player competitiveness meaning fans wouldn’t be missed as much once tipoff got underway if they did play in empty arenas, Shaq also said that playing behind closed doors would nonetheless remain difficult.

“I would absolutely play horrible with no fans, oh my God. I would be the worst center in NBA history, because I need to feed off the crowd energy – to get my adrenaline boosted.

“You know how many games I won just by going into opponents’ arenas and fans look at me crazy? Every time I missed a free throw they laughed, I would go ‘oh you think it’s funny? Watch this.’ I would definitely need that.”