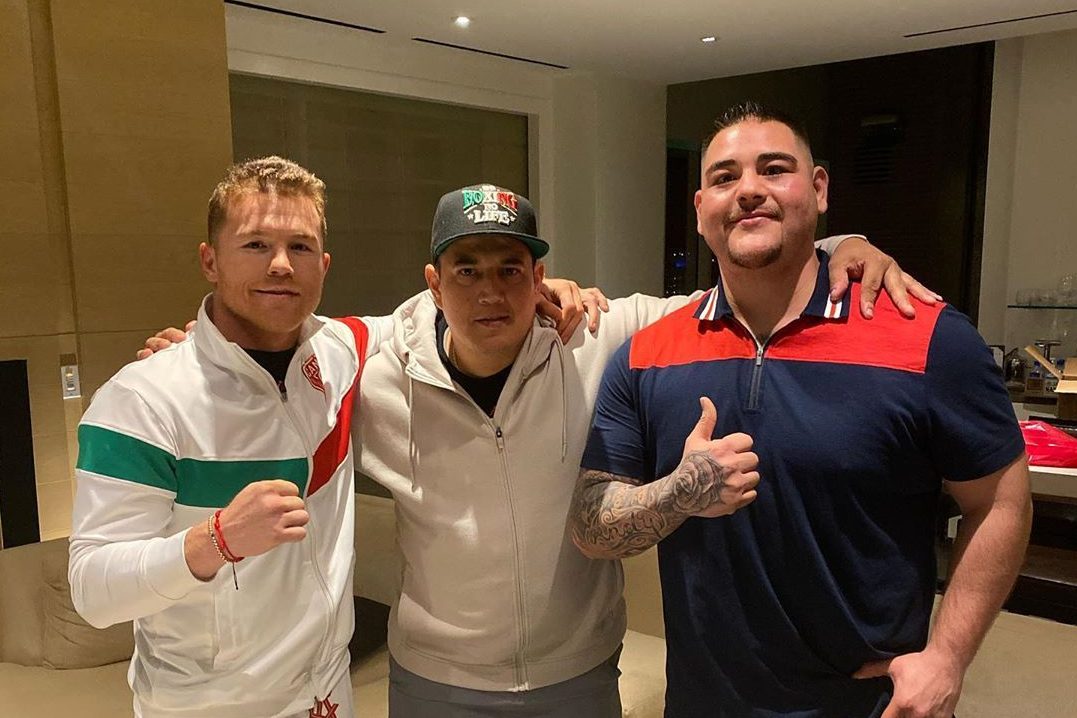 Last week, former heavyweight champion Andy Ruiz announced that he hired highly-respected trainer Eddy Reynoso as his new coach. However, the 43-year-old has been warned to keep him motivated if he’s to reclaim gold again in future.

Abel Sanchez, who was in charge of Ruiz for a short period and watched his first professional defeat by Joseph Parker in 2016, has warned the Mexican fighter must be watched closely to avoid distractions that will deter him from earning big future fights.

As quoted by Sky Sports, the 71-year-old was honest in his assessment and said:

“Eddy Reynoso must keep him in the gym, make him work and get rid of the baggage around him [people that surround him and allow him to do things he must not do]. Andy must listen: Eddy is a heck of a coach, one of the best in boxing right now.”

Last June, Ruiz worked with trainer Manny Robles when he stunned the world with a seventh-round KO of Anthony Joshua to win the WBO, WBA, IBO and IBF world titles.

However, months of heavy partying caught up to him – entering the December rematch in poor shape, on the way to a comprehensive points defeat in Saudi Arabia.

Although he has since called out WBC champion Tyson Fury and engaged in a war of words with Dillian Whyte, it’s clear that the 30-year-old will need to step back and carefully evaluate future plans before getting back into the ring post-pandemic.

Sanchez echoed the sentiments of Robles, saying the experience was difficult because Ruiz’s laziness and fact he got away without pushing himself to the limits wasn’t on.

“I’m not there to babysit, I am there to coach and develop you if you are willing to listen. You can’t develop someone who doesn’t want to try anything.

“It was difficult for me [to work with Ruiz] because I don’t like laziness, we work too hard. I have too many people working their butts off. To have one person get away with things that nobody else can? That’s not proper.

“He doesn’t look like a prototypical heavyweight but has a lot of ability, unbelievable ability. He lacks desire, doesn’t want to do things and finds an excuse not to do something. That’s a shame because he could do great things.”

READ: After his memorable Saudi Arabia nightmare, what’s next for Andy Ruiz?

Reynoso is regarded as one of the world’s best, due to his work with Mexican superstar and three-division champion Saul “Canelo” Alvarez. He also trains other top fighters, including Oscar Valdez (27-0), Luis Nery (30-0) and Julio Cesar Martinez (16-1, 1 NC).

Another three-division champion in Mikey Garcia (40-1) last week praised Ruiz’s decision to go under Reynoso’s wing. The American, born to Mexican parents, had this to say:

“Ruiz needed someone to straighten him out to train. He could have had too much of a friendly relationship with Manny and that’s why he had become complacent. That happens when a fighter feels too comfortable with his coach – he needed to go to Reynoso’s camp, which by the way is excellent.”

Garcia described the improvements he’s seen in both Canelo and rising star Ryan Garcia as proof that Ruiz is now in the right hands, though it’ll be interesting to see what’s next.