According to multiple reports, McLaren’s Carlos Sainz is poised to replace Sebastian Vettel at Ferrari in 2021 after both parties yesterday announced he’d be departing the team after this delayed 2020 campaign is completed.

ESPN and the BBC have both reported the 25-year-old Spaniard is expected to be announced as Vettel’s successor shortly.

Yesterday, four-time world champion Vettel and Ferrari confirmed the German’s existing deal – which runs out at the end of the 2020 season – will not be extended.

The news sent shockwaves worldwide during a period clouded by uncertainty surrounding the sport. Multiple questions have been posed in the aftermath, with significant driver movement now potentially expected over the coming months.

READ: I don’t want it, but Vettel’s Ferrari departure should prompt him to retire

After four years of mixed results with Toro Rosso and Renault, Sainz enjoyed a breakout campaign last season. He secured his first F1 podium finish at the Brazilian Grand Prix enroute to a respectable sixth-placed finish in the championship standings.

Italian media outlet La Gazzetta dello Sport claim this could be confirmed as early as tomorrow, which also opens the door for Daniel Ricciardo to replace Sainz at McLaren.

Alfa Romeo’s Antonio Giovinazzi was linked as a wildcard pick, given he’s both Italian and was Ferrari’s reserve driver in 2017. However, things have quickly accelerated. 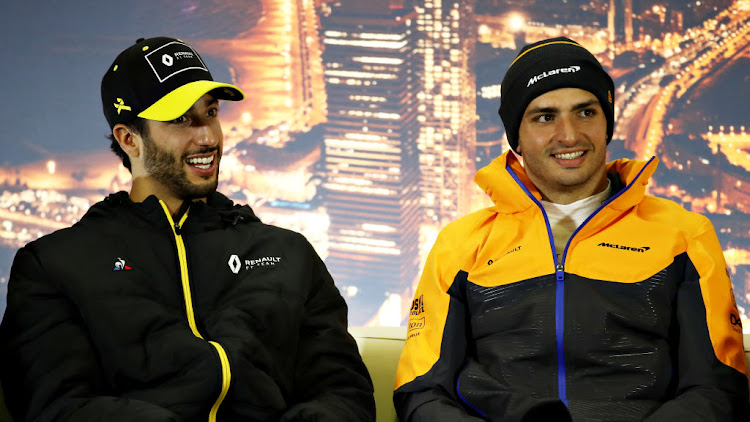 Ricciardo’s existing deal with Renault expires at the end of 2020, with the Australian remaining defiant in his attempts to challenge for a world title.

Their report describes the 30-year-old as a “second option” to partner Charles Leclerc in red next season, though it’s unlikely he would be satisfied as their second driver.

It’s the main reason why Daniel left Red Bull – he felt he was being usurped by a younger, more exciting driver in Max Verstappen. Leclerc is a month younger than Max and signed a contract extension until 2024 earlier this year.

McLaren are expected to use Mercedes’ engines from 2021 onward, so Ricciardo would also be enjoying a step-up in quality from Renault – who have struggled despite their lofty ambitions in recent years.

He said: “What options are there for Ferrari? Sainz (no.1), Ricciardo (no.2), Giovinazzi or Daniil Kyvat (no.3). Sainz is super-competitive, super quick, speaks Italian – that’s important – and a Spanish-speaker is important for their other markets as well.

“He’d also want to win races and challenge Leclerc, but [with only one podium] would he consider sitting on the sidelines for a year or two supporting him when it matters most?”