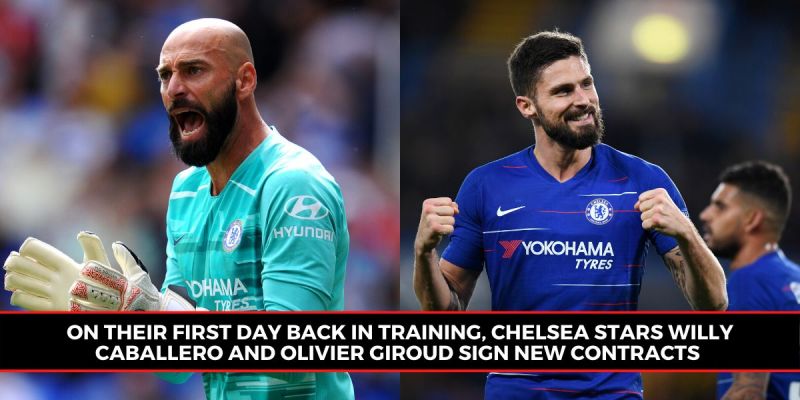 Chelsea have agreed one-year extensions for Willy Caballero and Olivier Giroud, as the Blues today returned to Premier League training in small groups – this marking the first time since football was suspended indefinitely on March 13.

Caballero, 38, has been at Chelsea since joining from league rivals Manchester City on a free transfer in the summer of 2017.

Everything you need to know about Chelsea's return to training, and some images from today's session at Cobham! 👇

Frank Lampard temporarily replaced the Spaniard with their second-choice goalkeeper, who has regularly impressed in training despite being afforded limited opportunities.

It’s this same work ethic and competitive nature which allowed Caballero to settle quickly at Chelsea, where he’s made nine appearances across all competitions this season.

During a brief video posted on the club’s Twitter to announce his extension, Caballero had some words to say and was grateful to earn another deal.

He said: “I’m really happy to renew my contract with Chelsea, hopefully you’re [the supporters] going to enjoy more in the next season. For me to stay in a big club as Chelsea’s, it was a really easy decision.”

In addition, the club posted some quotes and information on the significance of his extension on their website.

As for Lampard, he again reiterated that Caballero has earned his trust during a difficult season where they sat fourth before the suspension of play began two months ago.

38 – Aged 38 years and 126 days old, Willy Caballero is the oldest player to make a @premierleague appearance this season; indeed, only Mark Schwarzer (41 years old in 2014) has played in the competition for Chelsea at an older age than the Argentinian. Wisdom. #LEICHE pic.twitter.com/jCxgtoOZXw

“I trust in Willy, he trains brilliantly and is a great professional. He stepped into the team earlier this year and showed his quality, and his experience is invaluable in the dressing room. I’m delighted he will be with us next season.”

As for Giroud, his future has been up in the air for quite some time now. However, he’s glad to remain at Chelsea and eager to prove his credentials as a starter in future.

READ: Giroud reveals his January move to Inter was blocked by boss Lampard

The experienced Frenchman has had a change of heart in recent months, if his latest comments are anything to go by.

“I am delighted to continue my journey and adventure at Chelsea. I can’t wait to get back to playing and enjoying competitive football with my team-mates.

I’m looking forward to wearing the Chelsea shirt again, especially in front of our fans at a full Stamford Bridge, whenever it is safe to do so.”

Giroud was frozen out of the matchday squad from December to February, but scored two goals in three league starts before the enforced hiatus – vs. Tottenham and Everton. 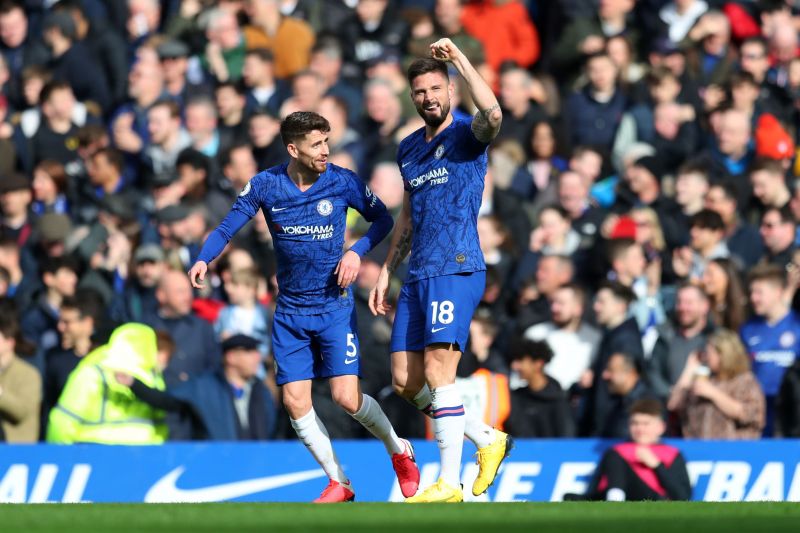 Lampard, who has always spoken highly of Giroud, is happy he’ll stay.

“Since I have been back at Chelsea, Olivier has been brilliant as a professional and as a man in general.

He has great qualities to help the squad both on and off the pitch, not only with his talent but the example he sets every day and experience he brings to our young squad. I am very pleased that will continue next season.”

Chelsea were three points ahead of Champions League-chasing rivals Manchester United in the final UCL qualification berth, but have tricky fixtures if the season resumes.

As well as games vs. defending champions Manchester City and league leaders Liverpool, they are still to play Wolves and Sheffield United in their final nine top-flight games.