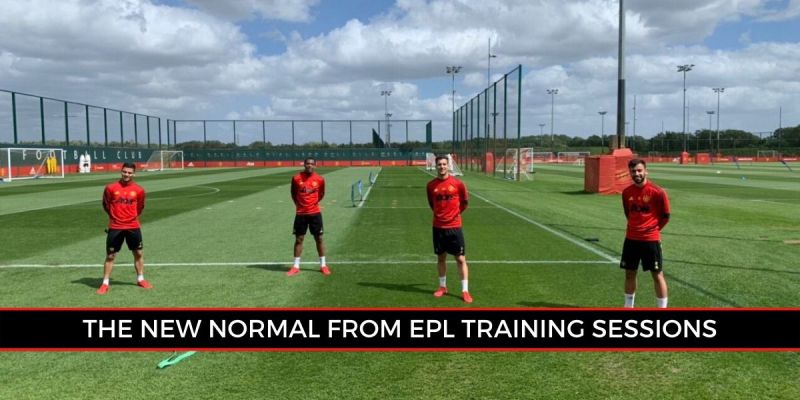 As Premier League sides continue their return to socially distant group training this week, I take a look at various top-flight players and their situations during an uncertain time where everyone wants to resume quickly – for different reasons.

As I covered yesterday, defending champions Manchester City were among the final teams to resume training – though didn’t release any pictures or info on social media.

The UK’s Project Restart took another step forward with these modified sessions marking the first time they have been allowed since PL football was suspended ten weeks ago.

Current leaders Liverpool and their rivals Manchester United are among those who have excited fans with various photo galleries showing their stars in action once more.

Clubs have also done interviews with players and managers describing their experiences during an unprecedented time where there’s still no confirmed resumption date.

With that all in mind, here’s an observation from the day’s most interesting pictures:

As reported earlier this week, Chelsea have given star midfielder N’Golo Kante permission to miss their training sessions, over the World Cup winner’s COVID-19 fears.

He was pictured doing cardio work sporting a new hairstyle last week, but with the introduction of group training, his safety fears have intensified.

It’s why the Blues have focused on the return of injury-prone midfielder Ruben Loftus-Cheek among other players in their latest updates on social media and their club website.

Aubameyang and Lacazette all smiles as Arsenal resume

Arsenal strikers Alexandre Lacazette and Pierre-Emerick Aubameyang are among the Gunners players who have been pictured in action today, all smiles.

It’s sure to have given anxious supporters a morale boost, particularly given the speculation surrounding top goalscorer Aubameyang’s future in recent months.

Both have been linked with summer moves if Arsenal fail to qualify for next season’s Champions League, which looks a real possibility given their inconsistent league form.

Forgotten man Lallana still with a point to prove at Liverpool

However, it’s fellow midfielder Adam Lallana – sporting a new haircut in the pictures below – who will feel most uncomfortable about the current situation.

The 32-year-old’s deal expires this summer, he only has three league starts in 2019-20 so far and also played sporadically before March’s suspension. Time is running out, if the playmaker wants to earn a one-year extension with the champions elect.

Nothing but smiles at Melwood 😃❤️ pic.twitter.com/HeUUSIMLX4

Injury-free Rashford determined to make up for lost time

Marcus Rashford will be keen to make up for lost time after injury, having been pictured doing a series of exercises as the England international regains his sharpness.

The COVID-19 pandemic has allowed the Man Utd man an opportunity to recover from back and hip injuries which saw him miss big league games from mid-January onwards.

Last but not least, winger Erik Lamela will be desperate to make up for lost time under a new manager in Jose Mourinho who doesn’t yet know his strongest Tottenham team.

Lamela, sporting a fresh white-coloured haircut, created two assists in successive league games before the enforced break, but has only started three league games under Jose.

Only time will tell whether he can assert his credentials as a bonafide starter under Mourinho, but he’s not alone in wanting to impress – midfielder Tanguy Ndombele has featured in pictures, much to the delight of Spurs fans.