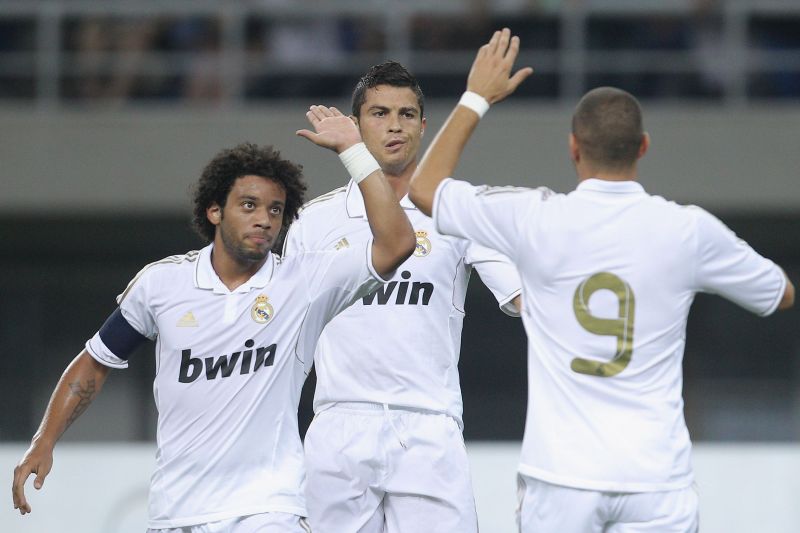 Spoiler alert: no Juventus players feature in this list, but it’s one where Cristiano Ronaldo’s former teammates – both at Real Madrid and one from Manchester – make their name and deservedly so, having helped him become the world’s best.

He expected to earn even more during the delayed 2019-20 season in Turin with Juve, who were top of Serie A and dark horses for a deep Champions League run too.

It was his dramatic stoppage-time penalty against AC Milan which helped them draw their Coppa Italia semi-final first leg clash in late February too.

However, there are plenty of unsung heroes during the Portugal star’s career who have helped him get to the ridiculous levels he’s achieved to date.

Here’s a look at his five best teammates, in no particular order: 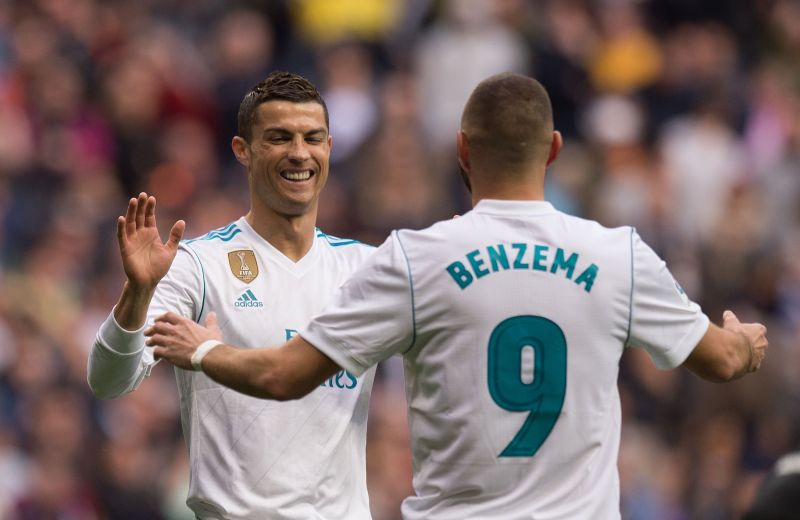 Ronaldo and Benzema celebrate a goal during the 2017-2018 La Liga campaign vs. Malaga

A lot has been said in the two years since Ronaldo’s Real departure, but Karim Benzema made sacrifices aplenty to accommodate and play better alongside the Portuguese star.

No-one has played more matches with Cristiano (342) than Benzema, while the pair combined to create 76 goals for one another during their near-decade together.

Benzema had to settle for a role as Real’s second attacking option behind him, despite being the more natural centre-forward when both joined Los Blancos in 2009.

The former France international has regularly been criticised for deferring to others, but importantly showed an unselfish side that not many world-class forwards possess so the pair could better co-exist in the same system under multiple managers. 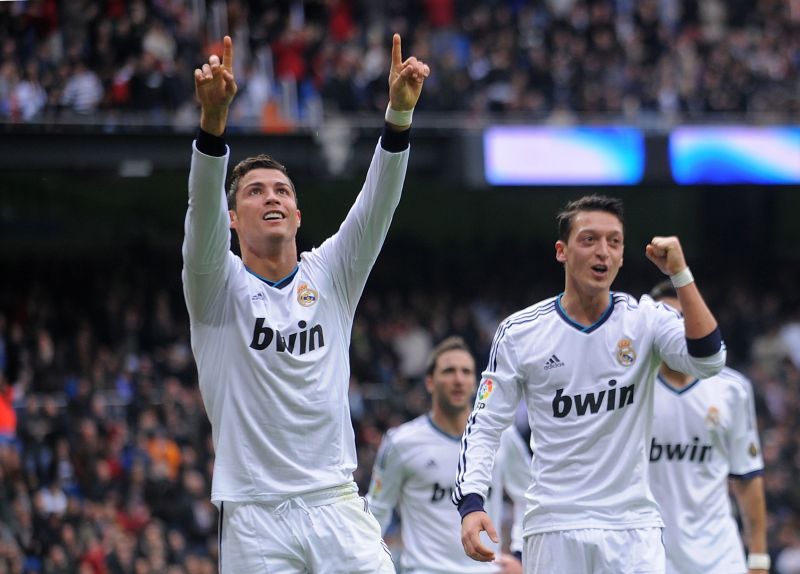 One teammate who Ronaldo certainly did not appreciate being sold by Real in 2013, was Mesut Özil.

The pair enjoyed a telepathic connection on the pitch and only one player besides Benzema has combined for more goals alongside Ronaldo during his career.

38 goals in 149 appearances is an impressive achievement when you consider Real’s sheer firepower during the 2010-13 seasons.

Özil was operating in the number ten role as their central attacking midfielder, before being shifted onto the wings to accommodate other players.

Kaka, Angel di Maria, Gonzalo Higuain were all among the goals too, while Luka Modric’s creativity arrived from Tottenham in 2012 to bolster their attacking options. 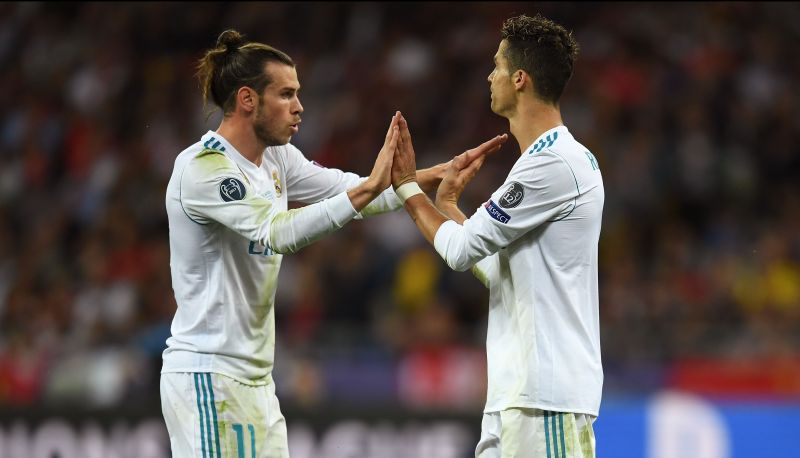 Originally heralded as the heir to Ronaldo’s throne in Madrid, Gareth Bale’s stock has dropped drastically in recent seasons.

That’s not entirely his fault either, with troublesome injuries constantly hampering him when Real were at their collective peak.

Nonetheless, he combined with Ronaldo for 41 goals in 157 matches together – a 4% improvement on Benzema’s numbers alongside him per game.

That’s important to note because Karim’s the only player with more contributions than Bale, although he played in excess of 10,000 further minutes alongside Ronaldo.

It makes you wonder what they could have achieved, had Bale been fortunate enough to stay fit throughout their time together at the Bernabeu. 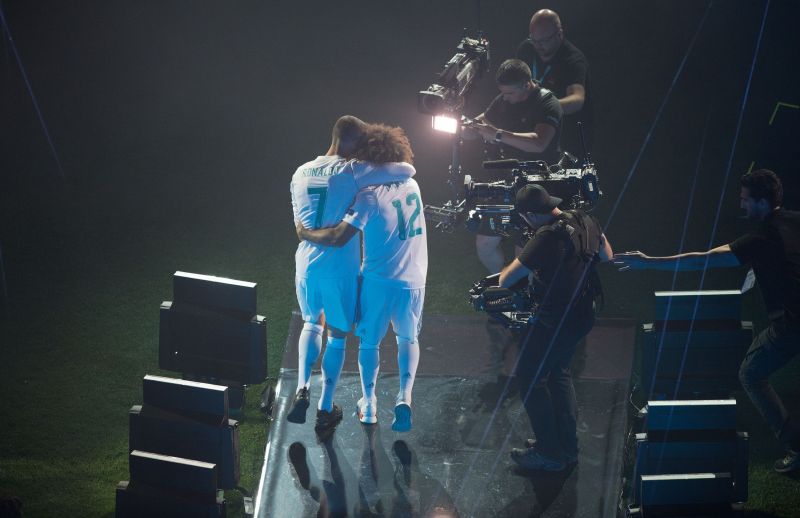 Speculation surrounding Marcelo’s Real future has seen him linked with a possible Juventus move over the past year, where he’d reunite with close friend Cristiano.

It’s no surprise, either. Only the aforementioned Benzema and Sergio Ramos (339) have made more appearances alongside Ronaldo during his career to date.

As far as goal contributions are concerned, Marcelo has a respectable amount too – considering he’s an attack-minded fullback.

Regularly bombing down the flanks, spraying passes and scanning for forward options, it’s no surprise there’s such a difference in their stats.

Twenty-five of their 33 combined goals have been assisted by the Brazilian, and while both are entering the twilight of legendary careers, it’s refreshing to imagine them continuing that partnership in Turin for a season or two. 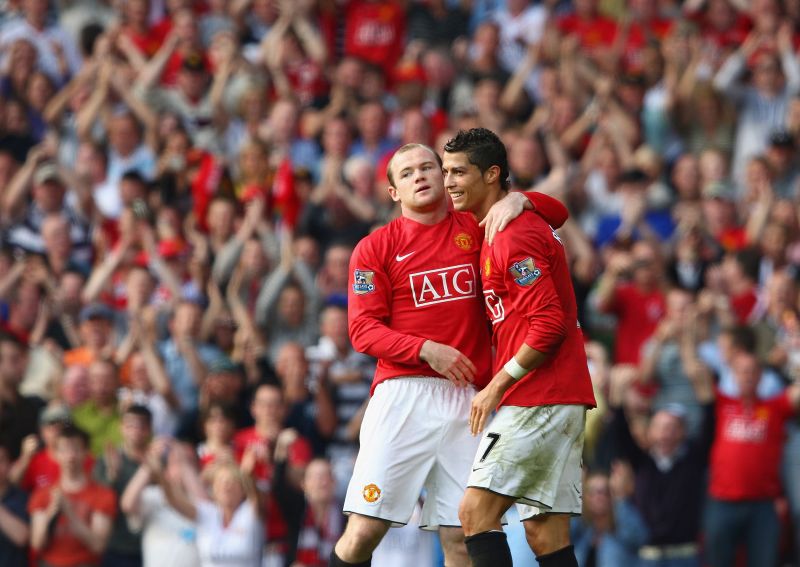 Last but certainly not least, Wayne Rooney features on this list as the player who combined alongside Ronaldo at the earliest age.

During his formative years at Manchester United, Ronaldo was a bonafide winger and although had potential, wasn’t always regarded in the same way as Rooney – who burst onto the scene with Everton two years prior.

It’s perhaps why they only combined for one of their 25 goals in the first 18 months playing together, as both were young and had different responsibilities in a United team packed with experience.

However, that soon changed, and they became strike partners once Ruud van Nistelrooy departed in 2006.

Ronaldo assisted 11, Ronaldo 14 – reiterating the attacking balance they shared during a time when Cristiano wasn’t yet concerned with being the club’s chief goalscorer like he has since evolved into.