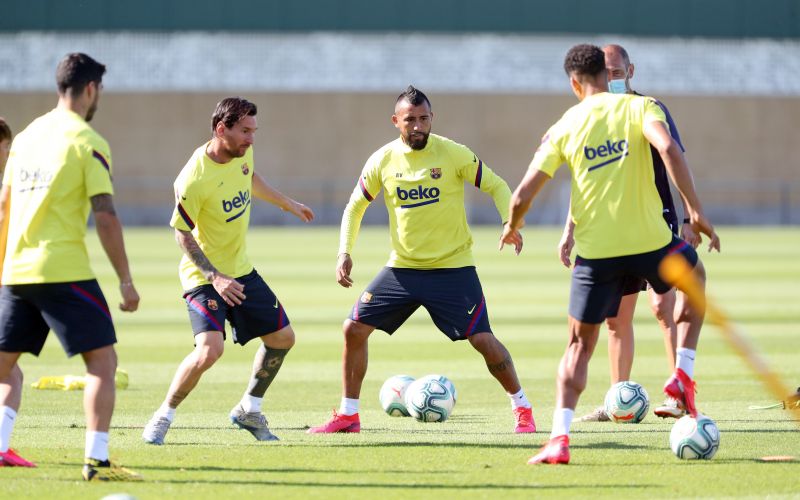 Spain prime minister Pedro Sanchez has today confirmed that La Liga can resume as early as June 8. Here, I analyse five things to look forward to, as the 2019-20 Spanish season is still to be completed with compelling storylines galore.

After weeks of speculation, Spain prime minister Pedro Sanchez today confirmed that La Liga will be free to resume the 2019-20 season from June 8.

Original plans suggest resuming later that week on June 12, as this update means we’ll have an eventual conclusion to a compelling season with plenty to be completed.

Without further ado, here’s a look at five things to look forward to as Spain’s top-flight will resume early next month:

A slow-burning title race between Barcelona and Real Madrid 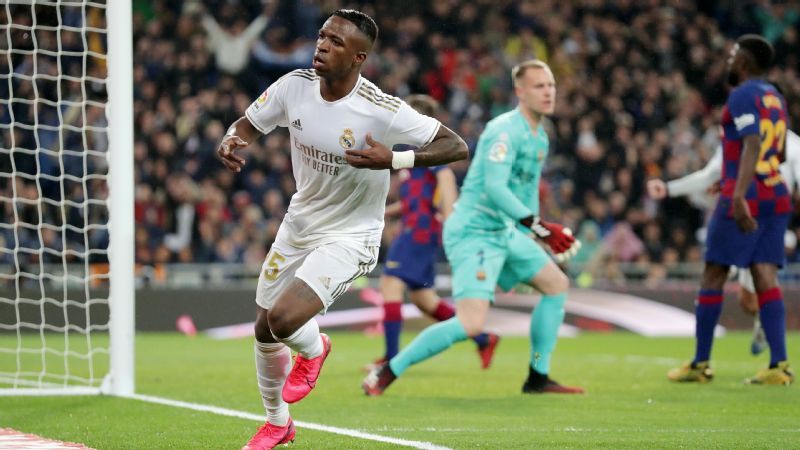 Quique Setien’s Barcelona are top of La Liga, but hold just a two-point advantage over their closest rivals Real Madrid after 27 matches.

Neither side have been consistent this term, particularly in domestic competition.

Barca have already suffered five league defeats in 2019-20, while Real relinquished top spot after a surprise 2-1 away defeat by Betis on MD26 – their third of the campaign.

Barcelona boast two more wins and a superior goal difference, albeit marginal given Los Blancos’ defensive improvements since the start of 2020.

Lionel Messi’s comments earlier this month are sure to fire up his Barca teammates, who look to retain their crown as Spanish champions against an unpredictable Real side that must relish applying pressure on their arch-rivals every matchday going forward.

The battle for fourth with Sociedad, Getafe, Atletico and Valencia 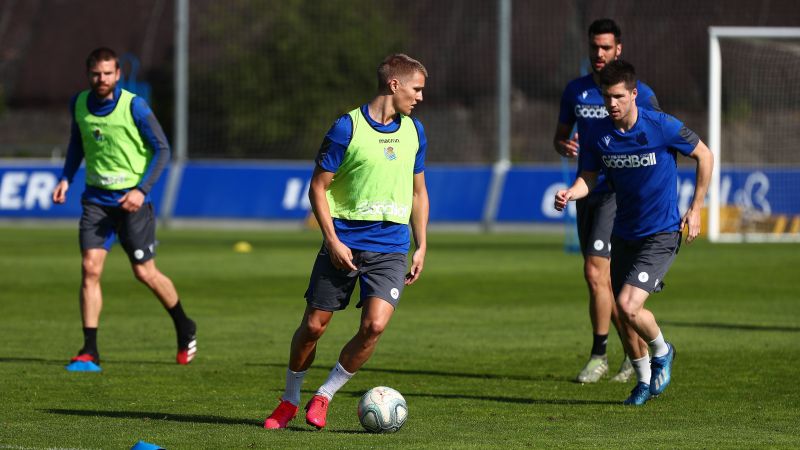 Getafe have surprised everyone by overachieving so far this season, so questions will be asked as to how this enforced break affects their momentum going forward.

Level on points with fourth-placed Real Sociedad who are powered by Real Madrid loanee Martin Odegaard, plenty of eyes will be on them and their other Champions League-chasing rivals – including Liverpool’s conquerors Atletico.

Martin Odegaard has won possession in the attacking third more times than any other player in LaLiga this season (26).

With Modric not far from turning 35, @BenMcAleer1 wonders if now is the time for Odegaard's exuberance at Madrid 👇https://t.co/fmd741uAP2

Diego Simeone’s men sit sixth and lead Spain’s top-flight with a whopping 12 draws from their 27 games, are notoriously difficult to beat and their five-match unbeaten run may continue into the business months of the campaign as they have a winnable schedule.

Only four points separate fourth and seventh-placed Valencia, which brings me nicely to my next point…

Assessing the middle of the pack teams 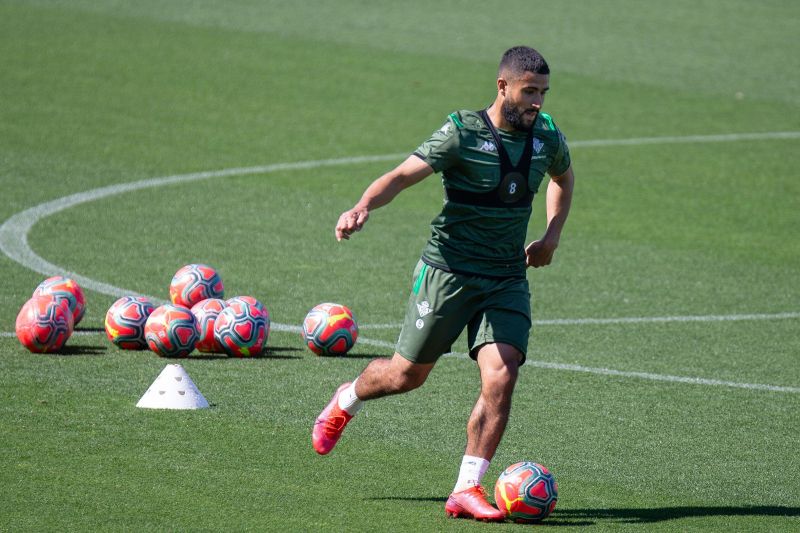 Although it’s unlikely any of the mid-table teams can mount a serious challenge for the European qualification places, the La Liga standings speak for themselves.

Villarreal and Granada are level on 38 points in eighth and ninth respectively, but only four points separate Athletic Bilbao, Osasuna and Betis below them from 10-12th.

Bilbao will miss the presence of legendary forward Aritz Aduriz, forced into a premature retirement during his final season. They won successive La Liga games before the break, having struggled during a ten-match winless run dating back to December prior.

Betis and star forward Nabil Fekir tend to raise their game against top opposition, as evidenced by their impressive displays against the league’s top two – but have been wildly inconsistent this term.

Newly-promoted Osasuna got off to a good start this season and were unbeaten in their first five La Liga games.

Despite losing nine top-flight games already, they haven’t dropped too far towards the relegation places and a 1-0 win over Espanyol on March 8 means with a tricky schedule to complete, they’re nine points and six places away from a relegation scrap. 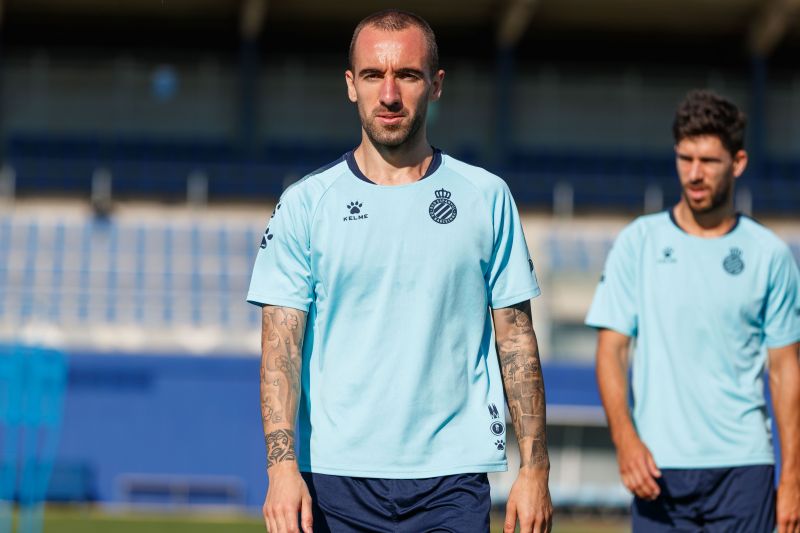 Espanyol, Leganes and Mallorca currently occupy the league’s three relegation spots, but things can drastically shift with as much as one win in some cases. Eibar and Celta Vigo are hovering above the drop zone and have both struggled for regular points this term.

That in itself will provide the division’s low-scoring sides with renewed confidence that consistent results and a more steady defensive display will propel them away to safety.

It’s easier said than done, especially after a three-month hiatus where match sharpness and team cohesion are harder to cement as rivals resume competitive action again, but there’s no alternative.

No team has lost more top-flight games this term than Mallorca’s 16, yet the newly-promoted side sit 18th and are closest to avoiding relegation at the time of writing.

However, Espanyol have underachieved massively and face the most favourable schedule out of the trio in their final 11 games. Having finished seventh in 2018-19, they are rooted bottom of La Liga this season and will be keen to rectify that next month.

11 of Leganes’ 14 losses were pre-Christmas, so they have improved since then. Too easy to beat and struggling for goals, their top goalscorer Martin Braithwaite joined Barca while next top marksman is highly-rated young Real Madrid loanee Óscar Rodriguez.

Can Real respond after dip in form before the break? 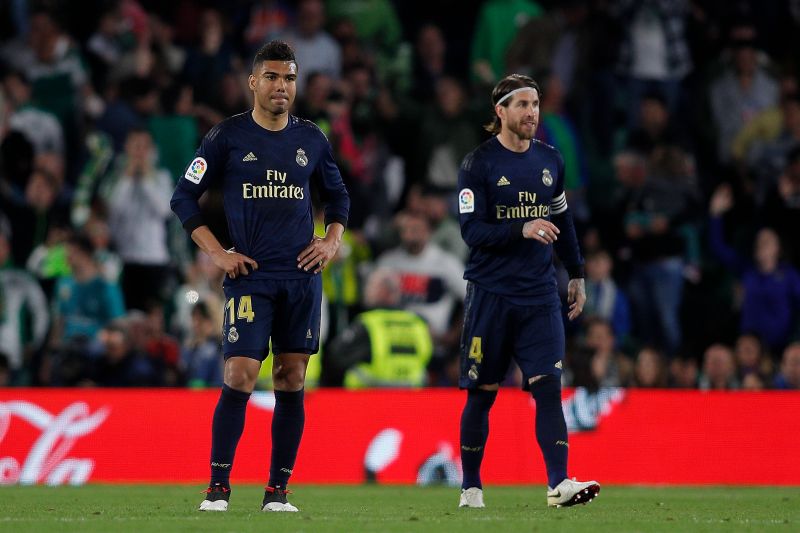 Although they were victorious in El Clasico, Real Madrid had suffered a significant dip in form during the weeks leading up to the suspension of play.

So just like Barcelona, perhaps this enforced break came at the right time for them.

They lost 2-1 in their Champions League last-16 clash vs. Manchester City, while defeats to Levante and a last-gasp Celta Vigo equaliser in February saw them dropping yet more crucial points in the title race. Before that blip, they hadn’t lost in Spain since October 19.

This stat rather reiterates their defensive improvements:

Real Madrid have conceded just 13 goals after 22 La Liga games this season, their best defensive total at this stage in the competition’s history. #RealMadridAtleti [@OptaJose] pic.twitter.com/vZZEgGEGiY

Then came the Betis loss, where Rubi’s side took the game to them without playing particularly well – Real were sloppy, sluggish and looked out of ideas.

Next month, they cannot afford to return in that vein. Games vs. Valencia, Real Sociedad, Getafe and Villarreal are among their final 11 fixtures, so while they appear to have a favourable schedule, also entertain sides with something to play for and a point to prove.