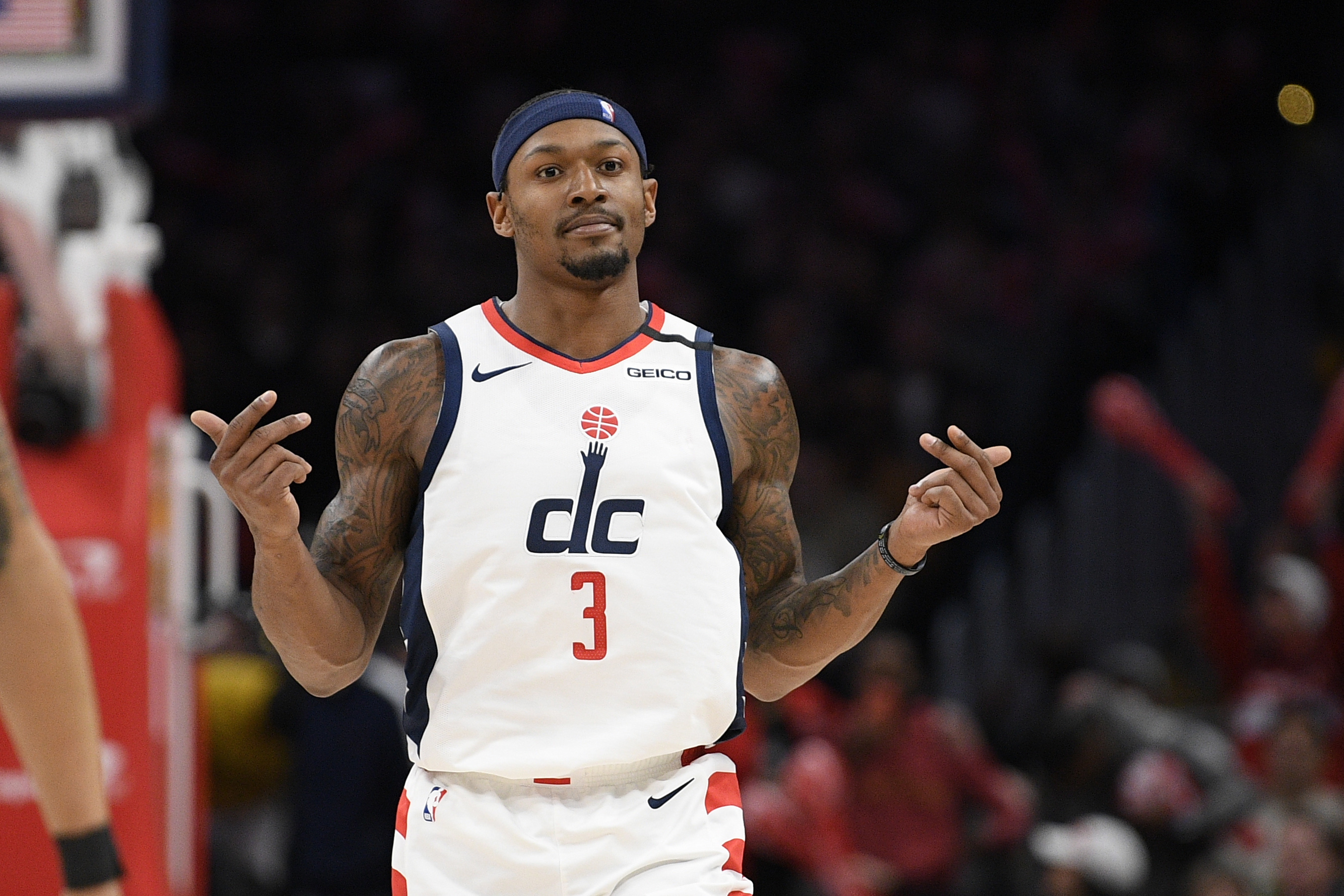 Washington Wizards’ All-Star guard Bradley Beal will not be traded, according to the 26-year-old’s agent – who has effectively shut down speculation linking him with a move to a new-look Brooklyn Nets side ahead of next season.

Beal signed a two-year, $72m extension last summer which kicks into play once the 2020-21 season begins and the shooting guard’s agent Mark Bartelstein told Forbes that there are “no Beal sweepstakes” despite speculation again linking him away from Washington.

Bartelstein was quoted as saying:

“There are no Beal Sweepstakes and that’s why he re-signed with the Wizards. Brad re-signed because he wanted to stay in Washington, the Wizards wanted to keep him there.”

On Thursday, The New York Daily News‘ Stefan Bondy wrote that Brooklyn are in the market for a third star alongside Kevin Durant and Kyrie Irving – having “internally discussed avenues of acquiring [Beal].”

Many critics have praised the impact that Beal’s arrival in Brooklyn would generate: helping further strengthen a team described as dark horses in the Eastern Conference.

Beal flourished in 2019-20 without his All-Star teammate John Wall and by doing so, proved that the team should be built around him as the guard enters his prime years.

He’s a better facilitator, as evidenced by his career-high stats, while being a more assertive player offensively – without it being at the detriment of his teammates.

Why risk selling himself short at a team like Brooklyn, where he’d likely have to fit alongside two All-Star players who relish iso-ball and be an extra piece in their jigsaw?

It’s something Beal alluded to himself, when speaking to ESPN’s Zach Lowe last month:

“If I go anywhere else, granted, it may be a good team, but I would be a piece. My role here… I love what it is. We actually have guys that are committed to getting better.”

Beal has overtaken Wall as the Wizards’ franchise star and while they have struggled collectively at timess this term, there’s certainly encouragement around the corner.

One of his family friends told Salt Lake Tribune’s Gordon Monson that he was “dying” and struggling with the conditions last year, having been diagnosed in 2015.

He was “frail” and “mentally limited”, while requiring 24-hour care.

Sloan, who was a two-time All-Star and earned six-time All-Defensive selections during his own NBA career, was the first member of the Chicago Bulls to have his jersey retired.

He finished with a 1,127-682 record as Utah’s head coach and reached the NBA Finals in successive seasons (1997, 98), only to lose against Michael Jordan – who spearheaded the same Bulls franchise who retired his number years earlier. Only three coaches have more NBA all-time wins: Spurs HC Gregg Popovich, Lenny Wilkens and Don Nelson.

Popovich had this to say about his friend:

“It’s a sad day for all of us who knew Jerry Sloan. Not only on the basketball court but, more importantly, as a human being. He was genuine and true – that is rare.

He was a mentor for me from afar until I got to know him. A man who suffered no fools, he possessed a humor, often disguised, and had a heart as big as the prairie.”