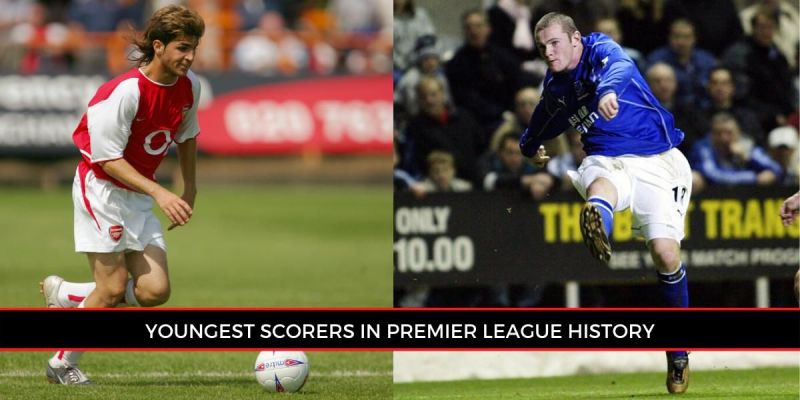 As England’s top-flight prepares to resume the 2019-20 season next month, I take a look at the division’s youngest goalscorer in history. They include Cesc Fabregas and Wayne Rooney – who have since achieved legendary Premier League status…

As Project Restart plans continue to intensify and a behind closed doors return looks set to resume at some stage in June, I take a look at the division’s youngest goalscorers.

James Vaughan is the youngest scorer in Premier League history, having scored during Everton’s 4-0 thrashing against Crystal Palace on April 10, 2005 – at just 16 years, eight months and 27 days old. 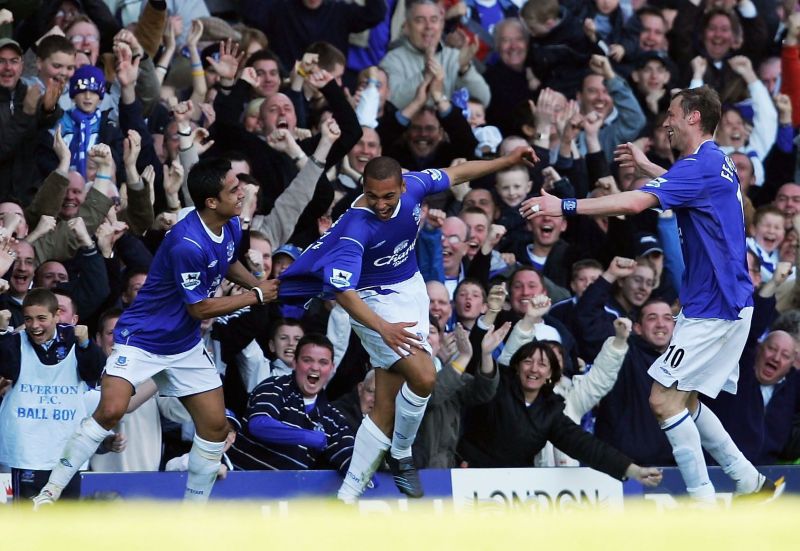 Since the Premier League’s inception in 1992, there have been three 16-year-old players to open their scoring account in England’s top-flight.

With the Toffees already 3-0 up, courtesy of goals from Mikel Arteta and a second-half Tim Cahill brace, Vaughan replaced Gary Naysmith with 16 minutes to play.

Teed up by an overlapping Kevin Kilbane, he timed his run into the box well and couldn’t miss from such close-range. It was an unforgettable moment so unsurprisingly, Goodison Park exploded in celebration of the teenager’s record-breaking achievement.

Unfortunately though, Vaughan only went on to score six further goals in 52 top-flight appearances over six seasons with Everton and one more at Norwich.

He had a number of groin and knee injuries between 2008-12, which hampered his development and ultimately saw him drop down the divisions.

Before the coronavirus pandemic halted play, he scored 13 goals and created one assists in 32 appearances across two divisions this term – most recently for League One side Tranmere Rovers (on-loan from Bradford City).

Which other players feature in the top five? 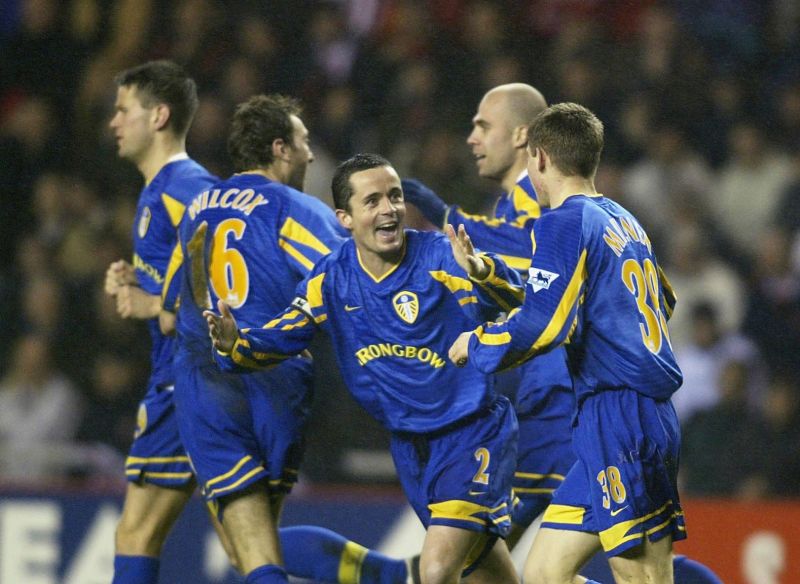 The only player in this list who still features in the division today, Liverpool midfielder James Milner held the youngest goalscoring record before Vaughan broke it three years later.

Milner, who spent eight years at Leeds, scored six minutes into the second-half during their 2-1 away win over Sunderland after replacing an injured Alan Smith 15 minutes earlier.

It was his fifth league appearance for them, which he followed up with another goal during their 2-0 win over Chelsea two days later, racing into the box and reacting quickest to slot Jason Wilcox’s low cross beyond Jurgen Macho from a few yards out.

Milner, who turned 34 in January, is sixth in the all-time appearance figures (534) and was close to securing the third league title of his career before this enforced break. 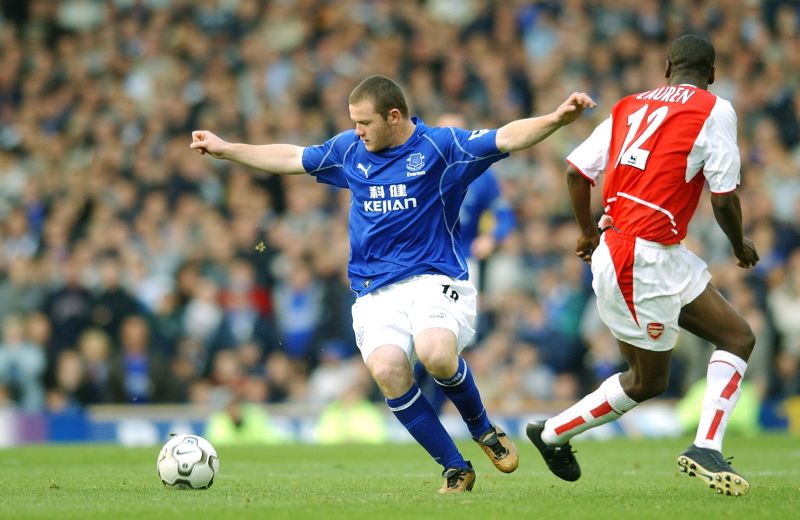 Perhaps the most memorable strike on this list, Milner had broken Wayne Rooney’s PL record – set two months earlier – after a fabulous strike against Arsenal.

What makes Rooney’s goal even more special was the timing: his first goal of the campaign, having replaced Tomasz Radzinski ten minutes earlier, he unleashed an unstoppable strike which cannoned in beyond David Seaman off the crossbar.

Rooney went on to score 208 Premier League goals in 491 appearances for Everton and Manchester United, during an illustrious career where he’s regarded as a club legend.

1 – Wayne Rooney scored the first of his 208 Premier League goals, a late winner for Everton against Arsenal. At the time, he was the youngest player to score a Premier League goal (16y 360d). Breakthrough. #OptaPLSeasons pic.twitter.com/jhgIGLlkwG 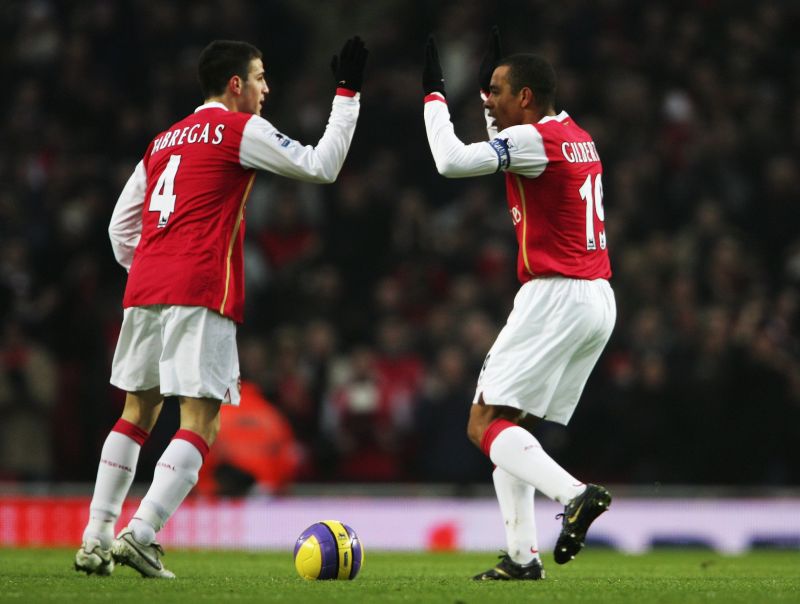 Fabregas celebrating with Gilberto Silva during their time together at Arsenal

Another player who has asserted his credentials as a PL legend is Cesc Fabregas.

The Spanish midfielder flourished for Arsenal during eight years in north London, before doing the same with their London rivals Chelsea – where he became a two-time champion (2015, 2017).

However, his first goal in the division came in August 2004 during the Gunners‘ comfortable 3-0 win over Blackburn Rovers, although he didn’t know much about it!

Gilberto Silva’s bullet header from a Thierry Henry corner flicked off his knee inside the box, doubling their lead from close-range.

Only Ryan Giggs (162) has more assists than Fabregas’ 111 in Premier League history, while the playmaker – who now plays for Monaco – also scored 50 goals iin 350 appearances. 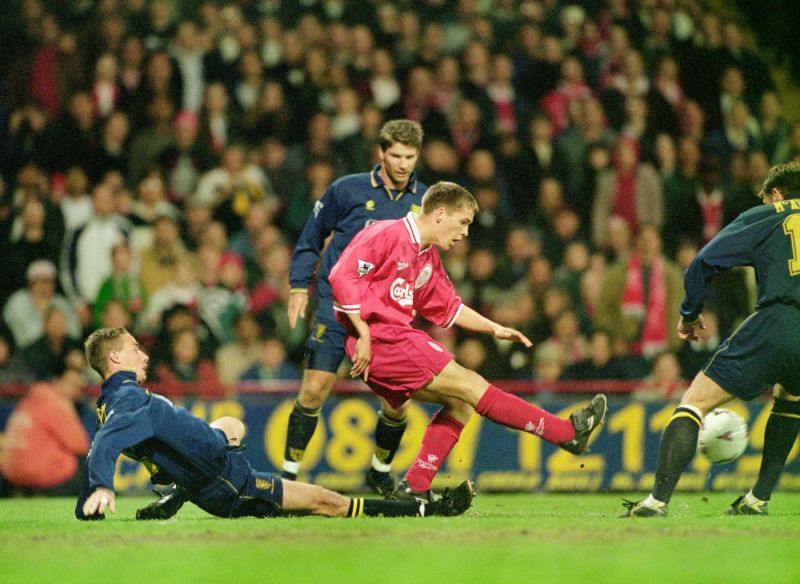 Last but not least, the oldest player on this list is Michael Owen – a month and a day older than Fabregas when he scored during Liverpool’s 2-1 away defeat by Wimbledon in 1997.

Owen, who replaced Patrik Berger just before the hour mark as Wimbledon doubled their lead through a Dean Holdsworth header, was keen to make a lasting impression.

That’s precisely what he did: a well-taken consolation goal, calmly slotting home from close-range after Stig Inge Bjornebye’s pass caught Chris Perry out of position momentarily.

He didn’t need a second invitation to pounce, either. Owen raced onto the loose ball and denied goalkeeper Neil Sullivan a clean sheet as Liverpool pressed for a late equaliser.

It wasn’t to be, but Owen went from strength-to-strength as time wore on.

He scored 150 Premier League goals in 326 appearances for Liverpool, Newcastle, Manchester United and Stoke City before retiring in the summer of 2013. If not for injuries, he’d have netted far more.