Stuttgart and matchwinner Gonzalo Castro want to build on their last-gasp win over Hamburg as they face a returning Dynamo Dresden this weekend. Read on for match previews from three 2. Bundesliga fixtures in what promises to be an intriguing battle for positions across the division.

Nürnberg vs Bochum: Battle near the bottom

Nürnberg will be aiming to snap a four-match winless run when they host Bochum on Saturday afternoon. Both sides are not far away from a possible relegation battle, especially Nurnberg – who sit two points above Karlsruher in 15th place before kick-off.

Nürnberg need to start recording some victories, and soon.

Karlsruher are unbeaten in their last three games, while the division’s bottom side Dynamo Dresden – who have three games in hand – went into March’s enforced break with back-to-back league wins for the first time this season.

After this, Nürnberg face games against the league’s top two in Bielefeld and Stuttgart among their five remaining matches. It might sound cliche, but their fight to remain in 2. Bundesliga for 2020-21 will only get more difficult from here.

Arsenal loanee Jordi Osei-Tutu has impressed in recent months and looked threatening on the wing for Bochum, so the hosts will have to be wary of the 21-year-old’s abilities.

Osei-Tutu has thrived in recent weeks and impressed at Bochum, so will be one to watch

With that being said, FCN boast quality of their own. Central midfielder Johannes Geis joined them on a free last August and quickly asserted himself as their most consistent performer, so they’ll need a dependable display from the 26-year-old.

Bochum are unbeaten in their last six games, including a 2-1 win over sixth-placed Kiel on Wednesday. With that in mind, it’s hard to look past them emerging victorious during what promises to be a hard-fought encounter for two sides with plenty of work to do before the season ends in late June.

Nürnberg will need to emulate some of the fighting spirit and dogged determination displayed by Bundesliga strugglers Fortuna Dusseldorf against Schalke in midweek, if they’re to come away with a much-needed win.

Sandhausen vs Hannover: A must-win for the visitors

Sandhausen will hope to build on their slender midweek win over Wehen as they entertain Hannover on Saturday, looking to end their four-match unbeaten run tomorrow afternoon. A home win would take them level on points with Kenan Kocak’s men on 36 points, though this weekend’s visitors have played a game fewer.

If any encounter could perfectly encapsulate the state of the 2. Bundesliga table right now, it’s this weekend’s clash between Sandhausen and Hannover.

Hannover have an outside chance of snatching third place and a play-off place to contest potential Bundesliga promotion this season.

Only three points separate themselves and Sandhausen, who are five places below them in the table and closer to relegation than a mid-table position right now.

Hannover have played a game fewer (27) and endured some patchy form this term, but are beginning to pick up the pace during the season’s business months.

After Philipp Hofmann’s second-half strike forced them to take a share of the spoils against Karlsruher on Wednesday though, they cannot afford any more dropped points.

Anything less than a win here, will all but end their outside chances of securing a promotion play-off berth. Can Sandhausen disrupt their weekend?

As previously mentioned, Hannover cannot afford to slip up and relinquish points here.

Meanwhile, Sandhausen had won just one league game since December 1 before their midweek triumph over Wehen.

Saturday’s visitors are a stronger side on paper but this match is tough to call, especially because you can’t read too much into recent form considering the two-month hiatus. 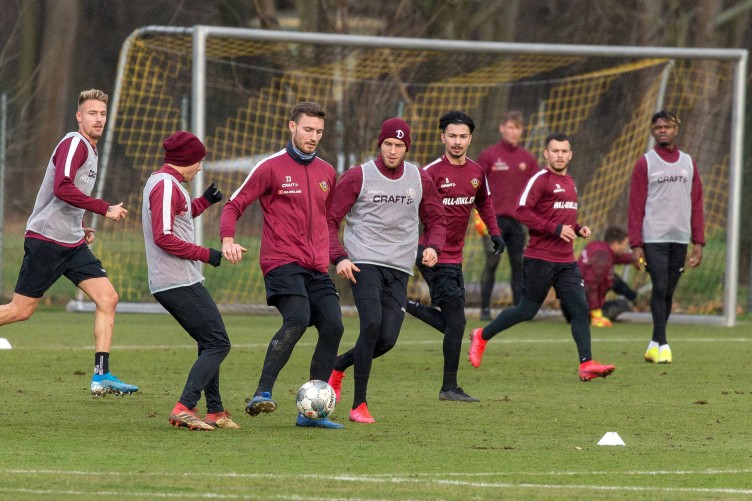 There’s no easy way to resume competitive action after an unexpected enforced break, but relegation-threatened Dynamo Dresden have the unenviable task of hosting second-placed Stuttgart on Sunday.

Dresden won their last two 2. Bundesliga games before the coronavirus-enforced hiatus, but have struggled for consistency throughout this campaign.

They announced two COVID-19 positive tests on May 9 and put their entire squad into a two-week isolation period, so only began training as a group last weekend.

Whichever way you look at it, that’s sure to have a negative impact on preparations.

Especially as they host a Stuttgart side riding high after Gonzalo Castro’s stoppage-time penalty helped them sink Hamburg 3-2 on Thursday evening.

The victory saw them leapfrog Dieter Hecking’s men into the automatic promotion places and with six fixtures to play, their destiny is now in their hands.

If Dresden are to get anything from this game, they’ll need to stop Castro and fellow goalscorer Wataru Endo from controlling the midfield battles. Otherwise they could be in for a long afternoon.

Dresden are seven points adrift of 15th-placed Nurnberg, albeit with three games in hand – but the fixture scheduling hasn’t been kind to them and it’s ultimately out of their control.

It would be nice to see them return with a morale-boosting win, not least against one of the division’s best. However, Stuttgart themselves cannot afford to lose any ground in the automatic Bundesliga promotion places after successive defeats earlier this month.