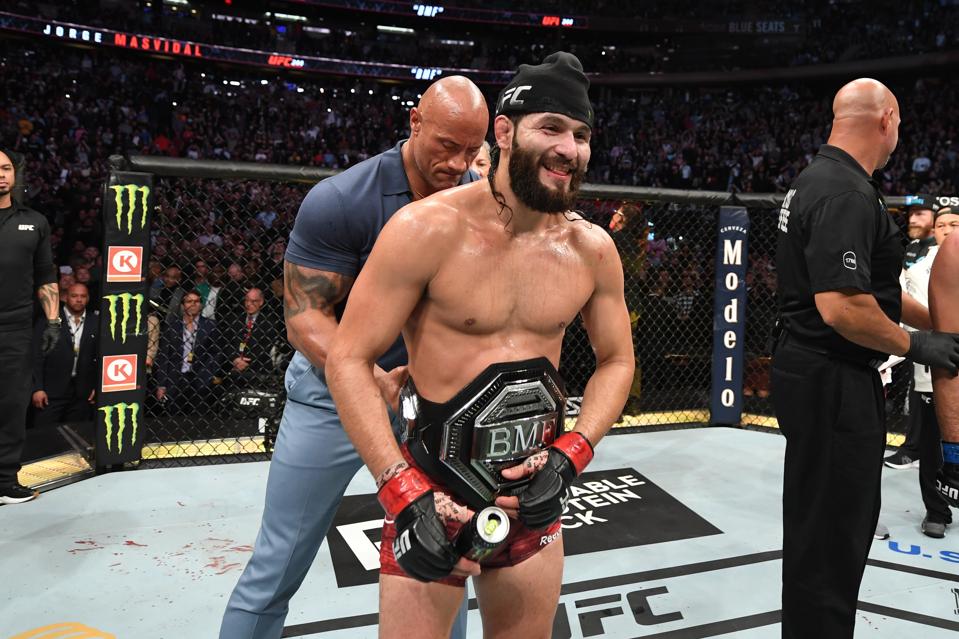 Henry Cejudo, Jon Jones and now #3 ranked UFC welterweight contender Jorge Masvidal has emerged as the latest to raise pay concerns, with the 35-year-old still without a fight – seven months after his R3 TKO win over Nate Diaz at UFC 244.

Masvidal-Diaz headlined a stacked card at Madison Square Garden on Nov. 2, with Jorge prevailing with a TKO via doctor stoppage after three rounds.

It marked three successive wins for Gamebred, across a nine-month span during an unforgettable 2019 where many regarded him as the comeback story of last year.

With that in mind, and a welterweight title picture which continues to intensify, Masvidal begun targeting current champion Kamaru Usman.

Usman successfully defended his strap the following month at UFC 245 against Colby Covington, paving the way for a potential title fight between the pair at some stage this year – not least with former champ Tyron Woodley out of the picture.

Having earned in excess of $500,000 for his last fight – a career-high purse – he’s entitled to expect more going forward, having built momentum with impressive wins of late.

Previously, he said Usman’s demands were holding up negotiations. Earlier today though, he targeted the higher powers and tagged UFC’s broadcasting partner ESPN.

If I’m not worth it let me go @espn

He also questioned why people expect him to take less money than the aforementioned Diaz fight, just to be in a position to challenge Usman for the title.

He told the UFC to stop “playing us and the fans”, with regards to how the promotion is handling their finances during the COVID-19 pandemic, while responding to some fans.

Don’t tell me about a pandemic when reports today show highest stock market has ever been. Everybody getting back to work and you buying an island. Stop playing us and the fans #theawakening

Cejudo and Jones also vocal about being underpaid

Elsewhere, light heavyweight champion Jon Jones also expressed frustration with the organisation’s payouts, as he’s prepared to move up in weight to face Francis Ngannou in a mega-fight – one that isn’t offering him the money he deserves.

Cejudo, 33, hinted that only a massive fight purse could change his mind about retiring after defending his bantamweight title against Dominick Cruz at UFC 249, though Jones has been unapologetically vocal in challenging the UFC and Dana White.

Last weekend, White addressed Jones’ concerns in the post-fight presser after UFC on ESPN 9, suggesting many of the champ’s issues were self-inflicted and said he was demanding too much money – reportedly in the region of $15-20m.