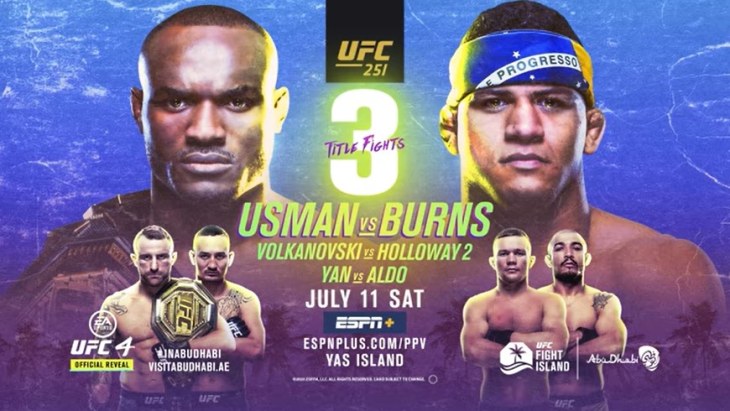 The first ever Fight Island card is set to feature a trio of exciting title fights on July 11 at UFC 251. Dana White confirmed a welterweight title bout between Kamaru Usman and Gilbert Burns will headline the card, on Yas Island in Abu Dhabi.

Usman, who prevailed in an excellent five-round battle against Colby Covington in December, will face a teammate and friend in Burns. Recent reports claim that he’s agreed a six-fight extension to his current UFC deal.

The Brazilian, a year older, saw his stock rise while earning the #1 contender spot after big wins over Demian Maia in March and more recently a dominant display against former champ Tyron Woodley.

It’ll be a quick turn around for Durinho after his last fight on May 31, though has actively called for more activity and is presented with an opportunity to win gold this summer.

Featherweight rematch, a new bantamweight will be crowned champ 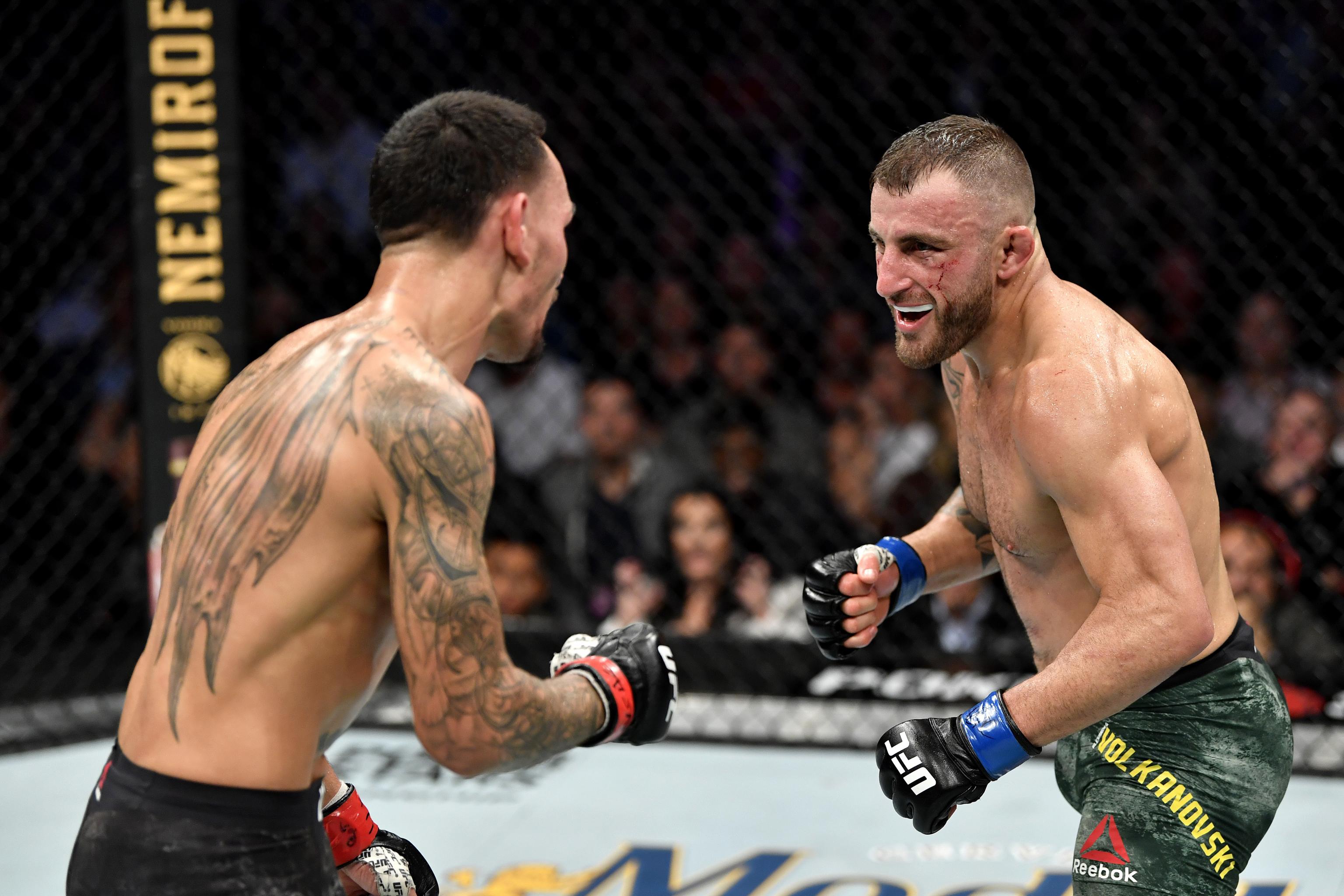 Volkanovski got the better of Holloway in their first encounter, winning via unanimous decision

Featherweight champion Alexander Volkanovski will make the first defence of his title in a rematch against Max Holloway, on the card’s co-main event.

The 31-year-old Australian won their first contest at UFC 245 via unanimous decision, with two 48-47 cards and one 50-45 – so it’ll be interesting to see how Holloway responds at the second opportunity.

In the third title fight, a new bantamweight champion will be crowned after Henry Cejudo’s abrupt retirement last month. Petr Yan takes on Jose Aldo, with #1 contender Aljamain Sterling an intrigued viewer after his impressive win this past weekend.

The rest of UFC 251’s main card will include a rematch between former strawweight champions Jessica Andrade (20-7) and Rose Namajunas (8-4), as well as a showdown featuring injury-plagued Paige VanZant (8-4) and rising star Amanda Ribas (9-1).

What about Fight Island then?

UFC 251 on July 11 will be the first of four scheduled cards set for Fight Island next month. The other three dates: Wednesday, July 15, Saturday July 18 and Sat, July 25.

The company will accomodate themselves in a private, secluded part of Yas Island which is cordoned off for “UFC athletes, their coaches, UFC staff and other event personnel; and Yas Island employees who are necessary to ensure the operation of the facilities.”

White was quoted as saying: “Abu Dhabi has actually created this safety zone on the island within 10 square miles on Yas Island will just be inhabited by us. It will include an arena, hotels, training facilities for the fighters that are private, so the whole COVID-19 thin is covered. Dining establishments and yes, there is an octagon on the beach.”

Last year, the UFC entered a five-year deal to provide fights in Abu Dhabi and the announcement of Fight Island is an extension of their agreement. The company will return to the United States for a show currently slated for August 1.

Title on the line: Cormier-Miocic III confirmed for August 15 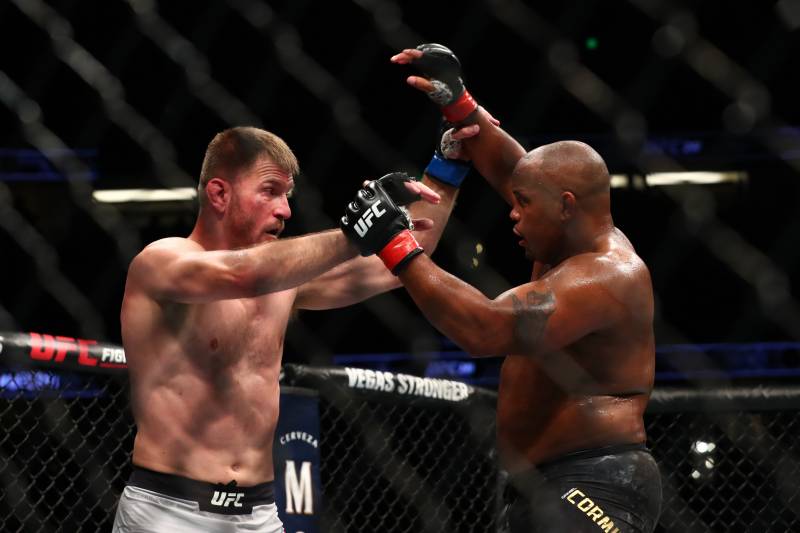 Cormier will look to recapture the heavyweight championship again, in his final fight

Stipe Miocic will defend his heavyweight championship against Daniel Cormier on August 15, as confirmed by Dana earlier today.

The long-awaited trilogy will be finalised later this year. A location and venue are yet to be determined, though bout agreements were issued for the fight.

Cormier posted a signed contract on his social media yesterday, signifying the fight is a done deal after Miocic’s cryptic tweet the day before.

The pair have split their first two fights, initially meeting in 2018 where Cormier scored a stunning knockout before another tense clash last year where Stipe won with a R4 TKO.

This is Cormier’s planned final fight of a legendary career, but Miocic will look to settle the score once and for all while defending his strap.