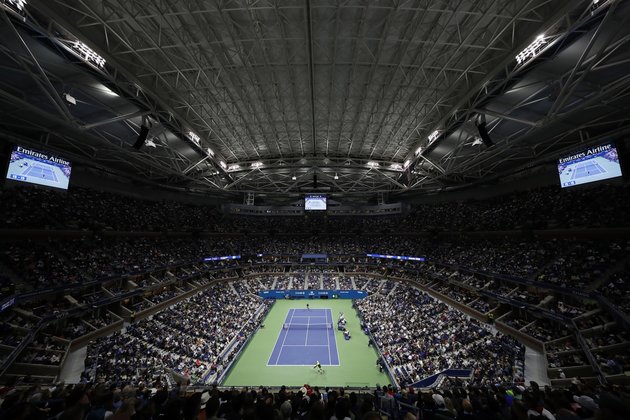 The United States Tennis Association (USTA) are moving ahead with their plans to play the US Open in its scheduled time frame, starting on August 31. This update comes despite fears from players over logistical and ethical issues surrounding a resumption of play, as the coronavirus pandemic continues worldwide.

According to reports from ESPN and other sources, the ATP and WTA are said to have embraced the plan, along with reshuffling the August calendar to better accomodate the Grand Slam tournament.

Last week, Forbes claimed the two governing bodies would approve the plan to play this year’s US Open at its originally scheduled time – from August 31 to September 13.

Now, the USTA are poised to announce the plan and can do so after local and state health officials in New York give the go-ahead.

READ: Tsitsipas has US Open concerns, tennis should return when fans are allowed

Chris Widmaier, the USTA’s director of communications, was quoted as saying:

“We’re following each step in the [restart] procedure in the great hope that we can announce the 2020 US Open will be played in its regularly scheduled date. We hope to make an announcement in the very near future.”

Due to the ongoing coronavirus pandemic, strict health protocols would be in place for the tournament, including testing regimens and restrictions on player movement and activities while in New York.

The United States recorded 20,722 new COVID-19 cases today, with a further 425 deaths – increasing the total across the country to 118,283 coronavirus-related deaths.

Like other sports that have since resumed recently, fans would not be allowed to attend.

Several top women’s players have also expressed uncertainty about playing in the Open this year, including world no.1 Ashleigh Barty and no.2 Simona Halep.

As quoted by the NY Times, Halep said: “Not only because we’re in the middle of a global pandemic, but also because of the risk of travel, potential quarantine and then the changes around the tournament.”

On the men’s side, world number one and 18-time Grand Slam winner Novak Djokovic described the strict protocols as “extreme” earlier this month.

Organisers are keen to limit the number of support staff in attendance, presenting a significant inconvenience for players like Novak who travel with a big entourage.

What about tournament scheduling?

In May, the ATP and WTA confirmed a hiatus until the end of July at the earliest. So, a potential return was pencilled in for the Citi Open in Washington, DC – but questions remained about whether event organisers or health officials would approve play.

There was a proposal the annual Cincinnati tournament would be held in conjunction with the US Open as part of a two-event “bubble” at the National Tennis Center.

Given the various locations and difficulty regarding travel, the Canadian Open in Toronto would go unplayed and Winston-Salem Open cancelled to accomodate Cincy.

The Winston-Salem Open tournament director Jeff Ryan, had this to say:

“Many moving parts remain in play in terms [of] holding professional tennis tournaments this summer. As we previously said, we are awaiting official plans from the ATP and the USTA, which we expect to be made later this week.”