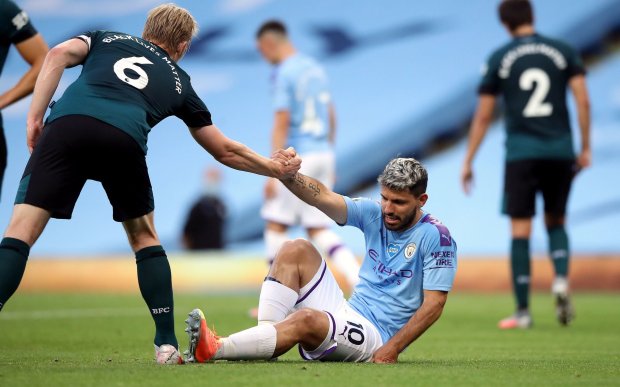 Having aggravated a previous knee injury during Monday’s 5-0 thrashing against Burnley, the 32-year-old’s Premier League season appears over. He now faces a race to be fit for their Champions League second-leg clash with Real Madrid in August.

The Argentine, City’s top scorer this term with 23 goals across all competitions, limped off at half-time after Ben Mee’s late challenge earlier this week.

Earlier today, Aguero reassured fans of his condition with a post-surgery update:

Todo salió bien y pronto comenzaré con la recuperación. Muchas gracias al Dr. Cugat y a su equipo y a todos por tanto apoyo//Everything went well, and I'll soon begin recovery. A big thanks to Dr Cugat and his team – and to all of you for your support 🤟🏽 pic.twitter.com/Frm07cN3WF

City boss Pep Guardiola has already addressed the media ahead of their game against Chelsea on Thursday evening, saying it’s too early to put a definitive timescale on his return.

He also revealed Aguero had been carrying a knee complaint over the past month, so that challenge had aggravated his earlier injury.

READ: Aguero at 32, injuries and a fading Euro dream

On whether he would be fit when the Champions League resumes on 7-8 August, Pep was honest in his response.

“I don’t know right now. Once he has finished the surgery, we will know the time Sergio will come back to play with us.” 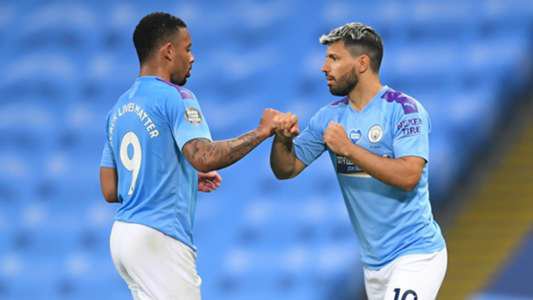 Jesus has a golden opportunity to shine in Aguero’s absence

This latest injury blow solidifies Gabriel Jesus’ standing as first-choice centre-forward under Pep, though the Brazilian could also be rested.

The Citizens have a hectic upcoming fixture schedule and the 23-year-old has suffered his fair share of injuries too since joining in January 2017.

Some reports suggest Aguero could be fit in a month’s time, having avoided serious ligament damage, while others claim it’ll be between 6-8 weeks.

City can still conceivably win a treble of trophies this term, despite their disappointing Premier League campaign.

Having won the Carabao Cup on March 1, they face Newcastle this weekend in their rearranged FA Cup quarter-final.

They also face La Liga leaders Real Madrid in the second leg of their Champions League last-16 tie, with a slender 2-1 advantage after winning at the Bernabeu in February.