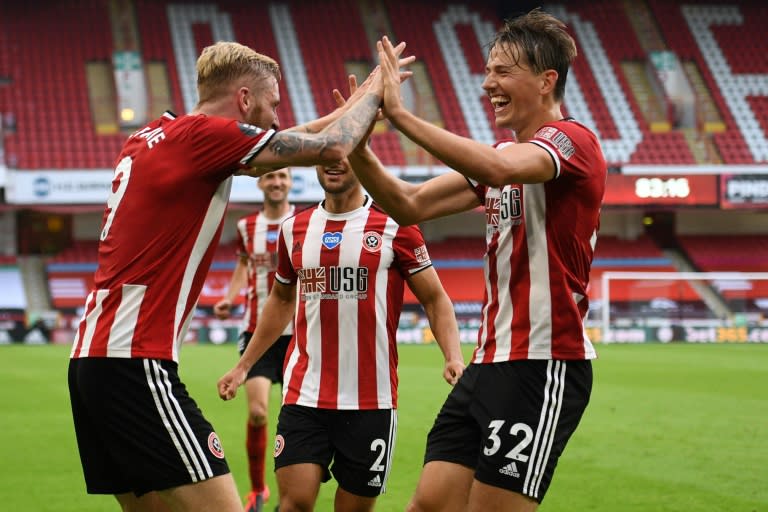 Sheffield United swept Tottenham aside on a rainy evening, during an impressively astute display which saw Sander Berge score his first Premier League goal – enroute to inflict yet more misery on Jose Mourinho’s underwhelming Spurs side.

Chris Wilder’s excellent Sheffield United side have taken this season’s top-flight by storm.

So much so that since the restart, the fact that the Blades were winless in four games (across all competitions) last month was met with justified surprise.

It was their joint-longest run without a victory this term, as three successive defeats by Newcastle, Manchester United and Arsenal (FA Cup) capped a forgettable month of June.

What’s not surprising though, is how they defended with discipline and poise throughout under pressure against Tottenham before exploiting their slack defending in style.

The victory sees them leapfrog Arsenal into seventh place on 47 points, returning the advantage back in their favour as they look to qualify for European football in 2020-21.

Sander Berge, the club’s record signing at £22m back in January, embraced his role in midfield – both as creator and disruptor – against an underwhelming Spurs display.

He broke the deadlock with aplomb before half-time, applying the finishing touch to a well-worked move.

Enda Stevens was the catalyst, but Berge’s positioning and attacking movement proved key in latching onto Chris Basham’s pass – leaving Giovani Lo Celso on the turf as he slammed home into the bottom corner. Hugo Lloris had no chance.

Tottenham responded straight from kick-off through captain Harry Kane, who eased his way into the box and latched onto the ball after a fortuitous deflection.

He slotted beyond Dean Henderson from close-range, though the on-loan Manchester United ‘keeper should have done better to save the strike as it trickled past him.

Fortunately for him and the hosts, Spurs’ immediate equaliser was ruled out after VAR review.

Lucas Moura was penalised for an accidental handball in the build-up, which happened moments before the deflection saw the ball slip into Kane’s path. 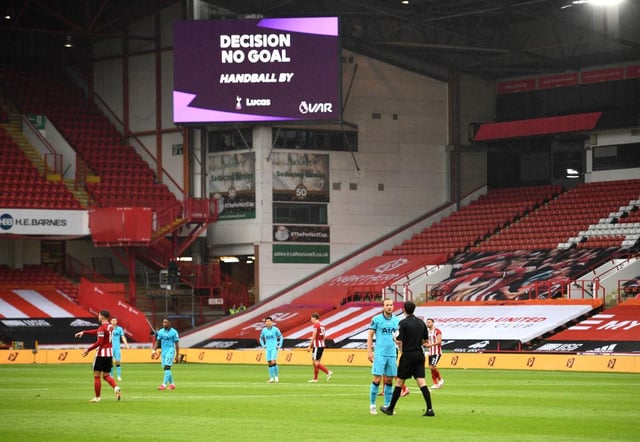 Although the Brazilian and his teammates argued he was fouled, so play should have carried on regardless, the decision was made.

They were fuming, but things got only worsened afterwards.

Oliver Norwood was fortunate to avoid two yellow cards in quick succession before half-time, after elbowing winger Heung-Min Son without attempting to play the ball.

Berge, McBurnie and Mousset on target for hosts

Oli McBurnie’s tireless work ethic helped the Blades double their lead just before the 70th minute, in a second-half where Mourinho’s men were both stifled and left exposed.

The Scotland international’s hard running and awareness proved key in the build-up, before Stevens and Ben Osborn combined down the left.

The former had both time and space to pick out Lys Mousset, with the substitute striker slotting home his most straightforward finish of the campaign.

Their goal was coming: David McGoldrick, still awaiting his first PL goal, snatched at a promising half-chance and watched it hit the side netting eight minutes earlier.

Mourinho made a double substitution, with Dele Alli and club-record signing Tanguy Ndombele introduced to the fray.

After being an unused substitute in each of their last three games, Ndombele featured late on

By this point though, even their inclusions from the bench didn’t inspire much of a spirited fightback by Spurs. Instead, the visitors’ defensive deficiencies were highlighted again as Sheffield United added another on 84 minutes.

Baldock’s marauding run forward fed Berge in space. The 22-year-old turned creator, teeing up McBurnie inside the area – who ghosted past Sanchez far too easily and was left unmarked by Erik Lamela before flicking home.

Kane eventually got his goal, albeit a consolation strike in the 90th minute after Son’s drilled cross to the back post was duly converted.

He’s now scored against all 29 Premier League teams he’s faced, though there are much more pressing issues at hand than the captain’s scoring records.

Earlier this summer, talisman Kane admitted he was considering his long-term future given Spurs’ relative underachievement – despite promising signs in recent years.

Many believe they overachieved, yet didn’t win any silverware under Mauricio Pochettino before his surprise departure last November.

Although questions over their injury record and true squad depth are justified, there are underlying issues which seem to persist around Jose wherever he goes.

#thfc Mourinho critical of his players' mental strength. "You have to be ready to cope with negative moments & go to the last minute. Now I know more the profile of my players. I felt it. I feared that in the second half we wouldn't be strong enough to cope."