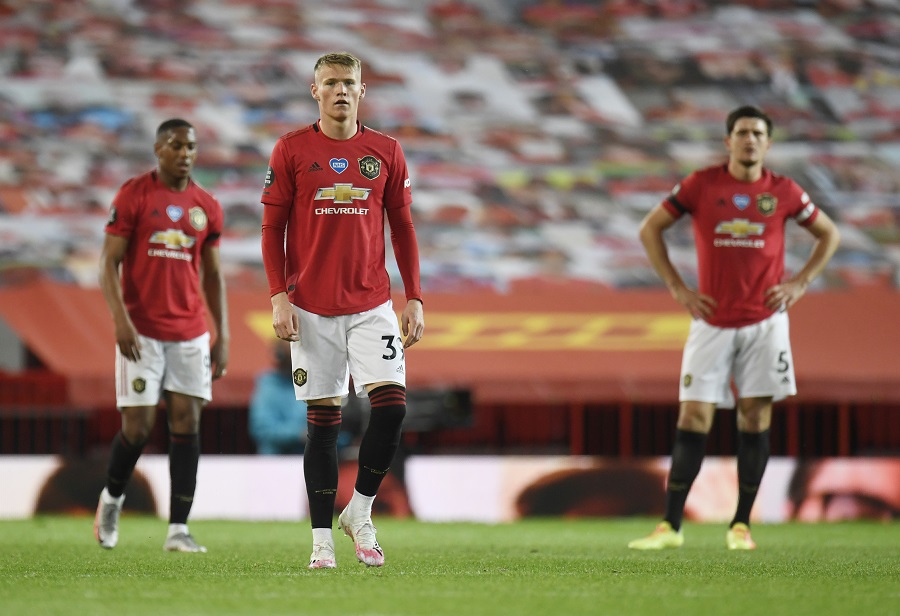 Match previews as the Premier League season continues: Manchester United look to put Southampton’s late equaliser behind them in south London against Crystal Palace, a few hours after relegation-threatened Aston Villa hope to spring a surprise against strugglers Everton on Thursday evening.

Everton vs Aston Villa: Villains must continue their momentum 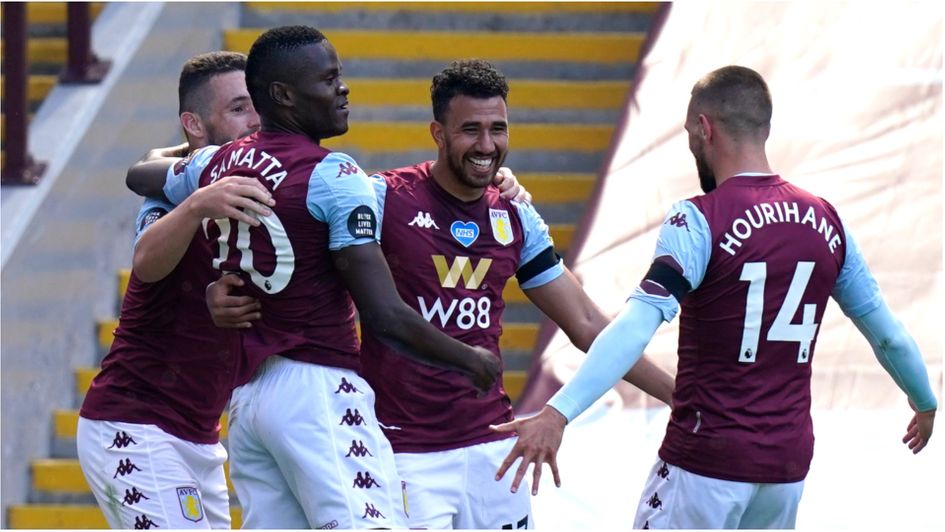 Trezeguet celebrates with his teammates during their morale-boosting 2-0 win vs. Crystal Palace

The Villains boosted their survival hopes with a 2-0 win over Crystal Palace on Sunday. A brace from Trezeguet – his first goals since late January, helped sink the Eagles.

Can they build on that result?

It’s clear for all to see that Everton need to reinvest and strengthen their options this summer. Many players at the Italian’s disposal are neither good nor consistent enough to justify a regular starting berth.

So perhaps, this is a late opportunity to stake a claim for their long-term futures on Merseyside. Alex Iwobi has had his progression stifled since departing boyhood club Arsenal last summer.

He’s scored just once – against Wolves on September 1 – since joining the Toffees in a deal rising to £40m. The Nigeria international will be keen to step up after yet more lacklustre displays since last month’s resumption. 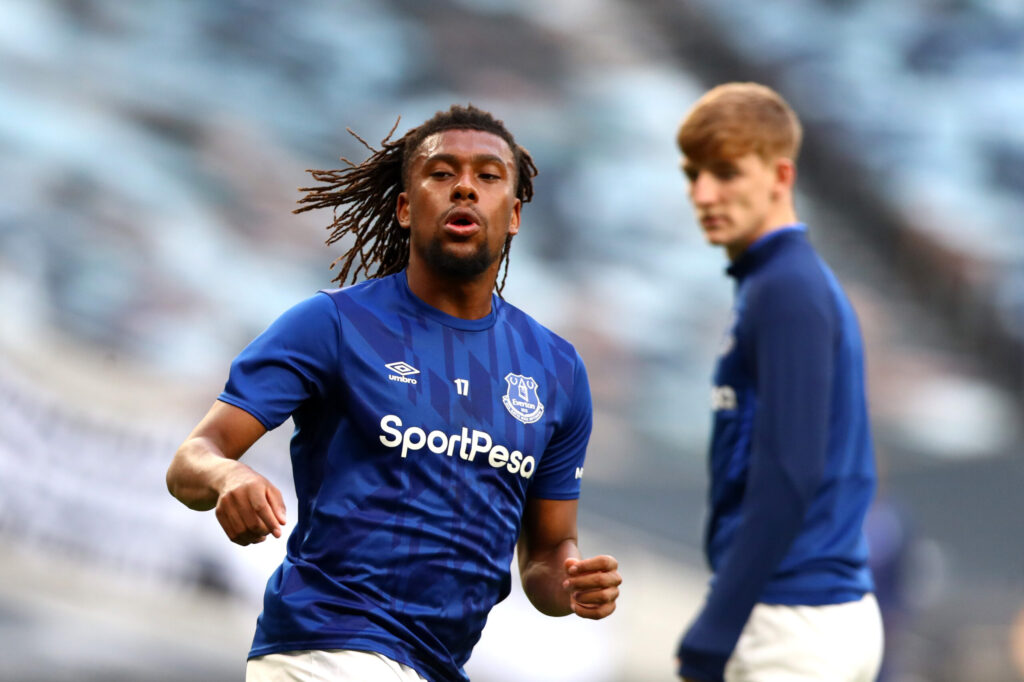 Iwobi (centre) has largely struggled this term, in his first on Merseyside after a £40m move

Both he and his creative-minded teammates will need to do more, lessening the load from Richarlison (12 goals, three assists) and Dominic Calvert-Lewin (13 goals).

Dean Smith will need more of those influential performances here, as their unlikely escape mission continues. With fixtures against an unpredictable Arsenal and fellow strugglers West Ham left to play this month, there could be fireworks.

Everton have been struggling for form recently, while Villa need points themselves.

Thursday’s hosts have started games in sluggish fashion recently, so it’ll be interesting to see how they respond against weaker opposition here.

Everton’s important duo Mason Holgate (calf) and Andre Gomes (ankle) could both feature after recovering from their respective knocks.

Manchester United’s top-four aspirations were dealt an unwelcome blow late on against Southampton last time out, ultimately dropping points in a frustrating 2-2 draw.

Can they return to winning ways against an unpredictable Palace side that have won just once since last month’s resumption?

Their lacklustre marking and questionable defending had come under-fire before, but Harry Maguire’s involvement in a preventable equaliser spoke volumes.

The £80m central defender was caught ball-watching and importantly, out of position as substitute Michael Obafemi got the finishing touch. United’s lead, one they had held for over 70 minutes, had suddenly evaporated.

Ole Gunnar Solskjaer’s men squandered a golden opportunity to break into the top-four and take advantage of Chelsea’s weekend defeat.

Now, they face a Palace side enduring a five-match losing streak next. Roy Hodgson’s side are closer towards the relegation places than a credible mid-table finish, in a frustrating end to a promising season for Thursday’s hosts.

They’ll be without Christian Benteke for this clash, after the Belgium international was sent off in stoppage-time for violent conduct against former club Aston Villa.

Wilfried Zaha, their star man, was again their most effective performer at Villa Park. Yet the Ivory Coast winger has only recorded one goal involvement in his last nine games. Those statistics aren’t good enough for a player of his ability, and he’ll be motivated to impress against United. After all, it was the Red Devils who bought him for £15m seven years ago, under Sir Alex Ferguson.

Solskjaer said that Mason Greenwood is doubtful after suffering from a late challenge, while Luke Shaw (hamstring) and Brandon Williams are equally questionable to feature.

United were left frustrated earlier this week, and I’d be surprised if their disappointments continued. Palace have struggled and suffered an all-too-frequent blip in terms of results, so would love to spring a surprise.