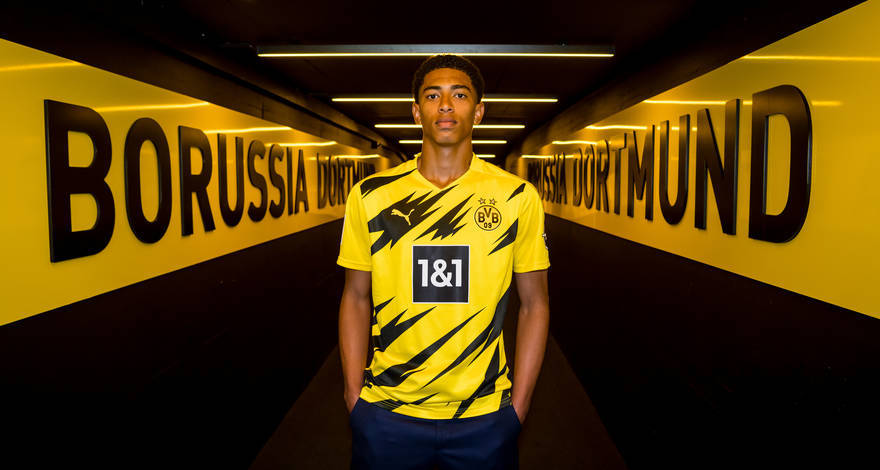 Bundesliga giants Borussia Dortmund have beaten Manchester United in the race to sign Birmingham City’s midfield wonderkid Jude Bellingham, having earlier agreed a £23m transfer fee. The England under-17 international signs a long-term contract and will be part of the first-team picture under Lucien Favre for 2020-21.

As I reported back in March, BVB were frontrunners for Bellingham’s signature and initially quoted a €35m fee (£31.6m) – despite public interest from Manchester United.

United enlisted the help of their legendary former boss Sir Alex Ferguson, gave him and his parents an Old Trafford tour after watching him closely in scouting visits too.

Their attempts, as well as that of Premier League rivals Chelsea, ultimately were futile.

Bellingham, the same age Jadon was when he opted for a bold and heavily-criticised move to Germany, naturally wants to emulate his success.

The fee will be paid in instalments, as the teenager became Birmingham’s youngest player and goalscorer last season when establishing himself as a first-team regular.

He’ll join them after the Blues‘ final Championship fixture against Derby County on Wednesday.

What did they say?

“Jude has decided with absoolute confidence to pursue his career at Borussia Dortmund. The primary motivation behind his decision were the prospects on the pitch we were able to offer him.

He has enormous potential, which we will continue to develop together with him over the coming years. He already boasts astonishing quality with and without the ball, and has a strong mentality to boot.”

Sancho had an adaptation period to help him settle into life at Dortmund and that’s something that Bellingham will also experience – despite being a first-team player.

Zorc added: “He will immediately strengthen our first-team squad, but we will certainly give him all the time he needs to adapt to the higher level of play.”

He was quoted as saying:

“I’m incredibly excited to have joined one of Europe’s biggest clubs. The direction they are heading in and how much they help to improve young players made it an easy decision for myself and my family.

I can’t thank Birmingham City enough for what they have done for me, not just this past year but since the age of seven. Once a blue, always a blue.”

Louie Barry left West Brom for Barcelona twelve months ago, though the highly-rated forward has since returned to England with Aston Villa.

It’ll be interesting to follow how BVB integrate Bellingham into a competitive squad ahead of the new campaign, as pressure for places in midfield just got tougher.