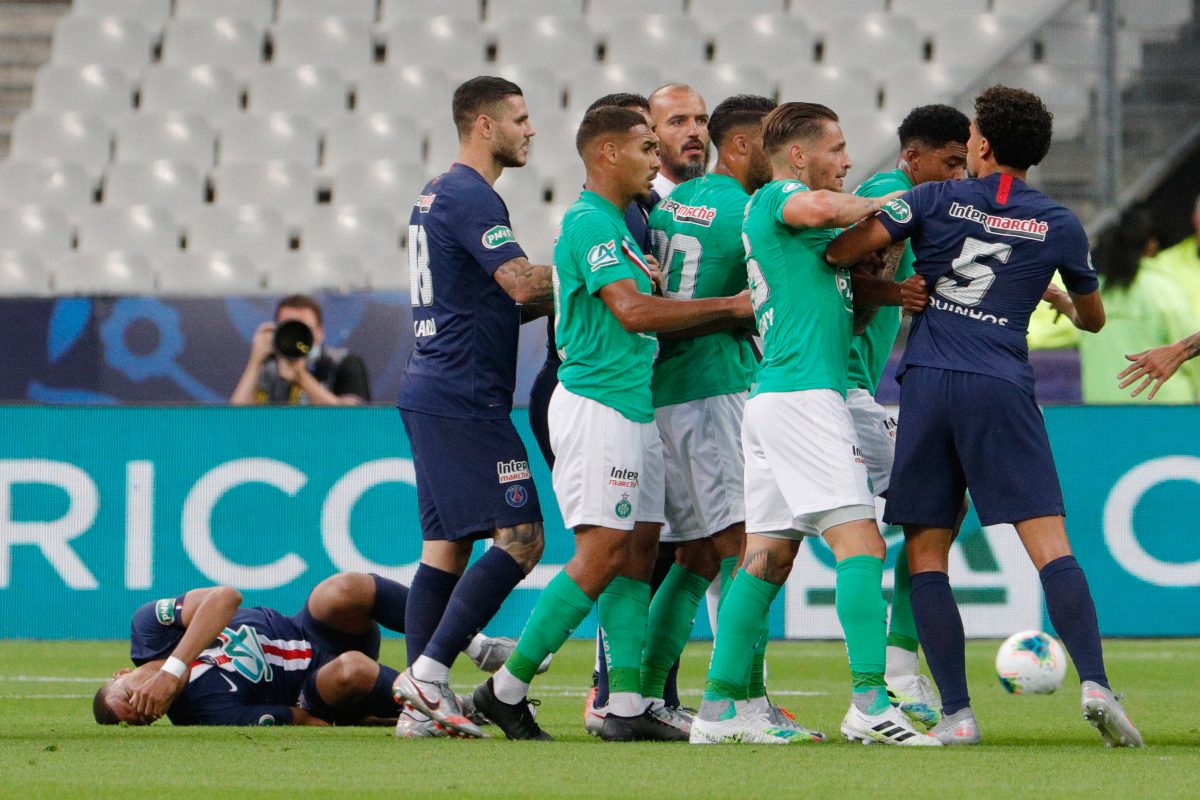 PSG made hard work of last week’s Coupe de France Final win against Saint-Etienne and face sterner opposition in the form of Lyon without star man Kylian Mbappe this weekend. Can they clinch a domestic treble before bracing themselves to play Italian high-flyers Atalanta in their Champions League QF on August 12?

They weren’t entirely convincing against Saint-Etienne, so Thomas Tuchel’s side must perform better against tougher opposition.

Serie A high-flyers Atalanta will be intrigued viewers from afar ahead of next month’s Champions League quarter-final too.

PSG will be without key man Kylian Mbappe when they entertain Lyon on Friday evening at the Stade de France.

The 21-year-old, who scored 30 goals and created 18 more in 34 appearances across all competitions this term, sustained an ankle sprain in their win over Saint-Etienne.

Loic Perrin was sent off after sliding in late on Mbappe – who is a serious doubt when the Champions League returns next month.

It’ll be interesting to see who steps up in his absence, though PSG have ample strength in depth across attacking positions.

Neymar will look to link up alongside Mauro Icardi and Pablo Sarabia, who replaced the Frenchman after the half-hour mark.

Lyon back in the groove with double injury boost

Speaking of attacking partnerships, watch out for Lyon’s fierce frontline here. They too are in Champions League action next month, when they face Juventus in their last-16 second-leg clash on August 7.

They’ll be pleased to welcome back Jeff Reine-Adelaide and captain Memphis Depay (ruptured ACL injuries), as the pair are both influential in the final third.

Since returning to friendly action earlier this month, Lyon won four of their five competitive friendlies.

Questions remain over their defensive frailties, especially after conceding twice in three days against Gent and Antwerp. Time will tell if they can deliver a more assured display here.

Lyon are a much sterner test of PSG’s mettle than Saint-Etienne and certainly have the quality to beat them here.

However, Rudi Garcia’s side haven’t featured in competitive action since March – anything less than a PSG victory would be surprising.