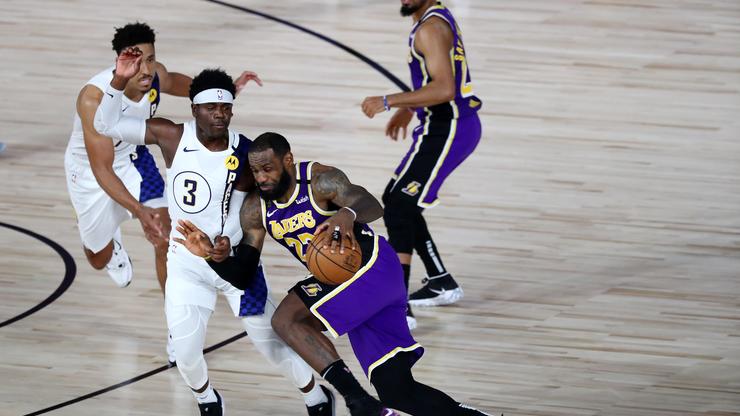 Frank Vogel’s Lakers hope to end a three-game losing streak when facing fierce opposition in the Denver Nuggets (46-24) during their penultimate regular-season matchup from Disney World in Orlando, Florida. Will normal order be restored or can their third-seeded Western Conference rivals inflict yet more punishment?

Since clinching top seed in the West, it’s not an exaggeration to say the Lakers have regressed with underwhelming displays against the Thunder, Rockets and Pacers.

With shooting guards Danny Green (hip) and Kentavious Caldwell-Pope (ankle) expected to miss out, they must vastly improve shooting across the court to prevail in this one.

Sunday’s results mean there will be a play-in tournament to decide who faces the Lakers in a first-round playoff matchup. First and foremost, the Purple and Gold must get back to winning ways this week.

22% of their regular-season defeats have come in the bubble already, with a 51-18 record that is worsening every gameday. Injuries and a lack of continuity have hurt their rhythm, but those excuses won’t fly once the postseason begins.

So they’d welcome an improved display against a dark horse out West in Denver, gradually returning to full strength with multiple weapons to boot.

Be sure to watch out for how the LeBron-AD tandem works, whether there’s improved bench production from both teams and how the Nuggets fare from three-point range. 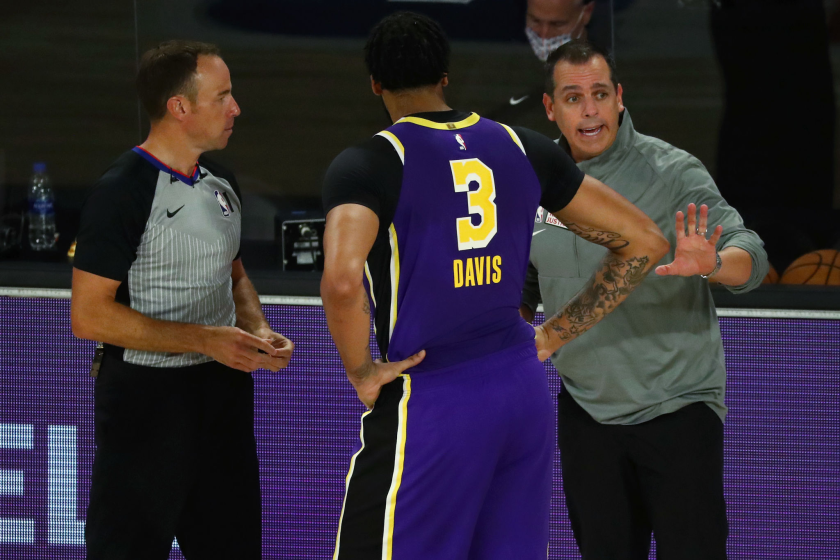 I’m sure it goes without saying that AD will be playing with added intensity and extra purpose to try and make up for a disappointing display against Indiana.

He shot 3-of-14 from the floor, including 0-of-4 from three-point range in 35 minutes with as many rebounds as he had points (eight).

LeBron James’ all-round efforts were ultimately in vain, as Davis struggled to get going offensively and shared the same FG stats as Kyle Kuzma (11 pts).

He exploded for 42 against Utah last week after a similarly frustrating showing against Toronto, but with a niggling ankle injury, it’ll be interesting to see how he handles the occasion against a defiant – but equally tired – Nuggets side.

Assuming he starts as expected here, the Canadian guard will have his work cut out trying to replicate his success from their 134-132 double overtime win over Utah.

On his return to action after injury, the 23-year-old recorded 23 points, 12 rebounds and eight assists on 10-of-25 shooting – but only made two threes.

He’s shooting the three-ball at a 34.3% clip this season and collectively as a team, Denver aren’t exactly deadly from deep.

Nonetheless, reducing the workload on Nikola Jokic is key and alongside the ever-improving Michael Porter Jr, the big man has some offensive help.

The Lakers will probably focus on limiting opportunities for Jokic, who leads the Nuggets in points (20.4), rebounds (10) and assists (7) per game through this campaign.

It’ll be seen as a real surprise if the Lakers are again defeated here, as evidenced by their 60.8% advantage in this matchup predictor according to ESPN’s Basketball Power Index.

They lead the season series 2-1 and narrowly edged a 120-116 overtime victory back in February before the All-Star Game.

Denver are 3-2 in the bubble but will fatigue play a factor after grinding out a double overtime win against their potential postseason first-round opponents on Saturday?