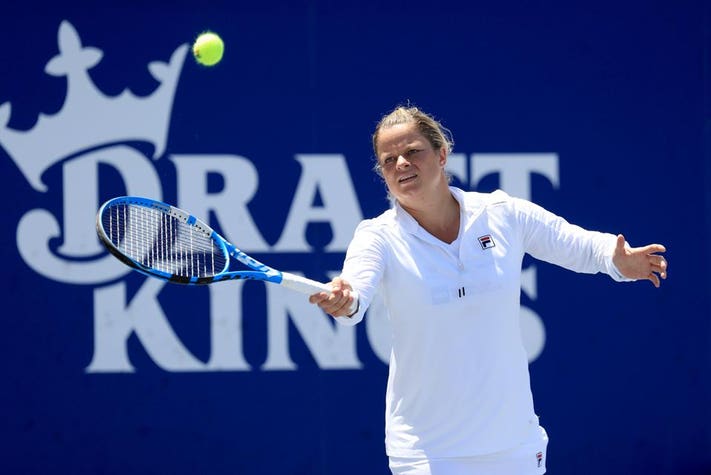 The 37-year-old, who made her shock return on tour earlier this year, was granted a wildcard ahead of this month’s US Open and after some encouraging displays, is promising there’s still good tennis left from the four-time Grand Slam winner.

Despite the unprecented circumstances taking precedence worldwide, it’s been a whirlwind year for Clijsters since announcing her intentions to return last September.

She returned with a credible 6-2, 7-6 defeat by former world no.1 Garbine Muguruza in Dubai back in February, a month before the coronavirus pandemic halted sports.

Despite losing that and against Britain’s Johanna Konta in Monterrey two weeks later, these were important steps in the right direction as far as testing herself against quality opposition.

Last month, she beat the likes of Australian Open winner Sofia Kenin and 2017 US Open winner Sloane Stephens during a World TeamTennis Exhibition event – albeit with special one-set rules.

As quoted by ESPN, Kenin was effusive in her praise for a player she grew up idolising:

“I’m really happy to see her back on the court healthy and playing well. I’m truly happy that she came back – it shows that it doesn’t matter what age you’re at, you always can come back and do what you do best. She’s in great shape and playing rearlly well.”

Kim to make up for lost time in upcoming events

Clijsters is looking forward to playing in the Western & Southern Open in Queens, before making her Grand Slam comeback at the end of this month – both tournaments will take place in a heavily protocoled bubble from New York.

Naturally, she’s excited about what’s in store but revealed it’ll be a strange atmosphere without fans in attendance.

READ: Who said what? Murray, Muguruza and more on preparing to return

“I’m excited to get to New York and play. I haven’t played a full singles or doubles match, but played a lot of sets and felt good.

Obviously playing an official tournament again is the next step. It’s going to be strange with no fans, and I’ve always enjoyed playing in-front of a crowd – especially those US Open night matches where there’s such a different energy – but it’s still going to be a tennis match, you’re going to have your coach and somebody there to support you.”

The Belgian, who initially retired for two years aged 23 with persistent injuries, has nothing left to prove after being inducted into the International Tennis Hall of Fame.

Instead, this comeback is for her personally.

“This isn’t for the outside; this really is for me. It’s more a drive within me, where I know where I want to get to.

Before this year’s Australian Open – the final Grand Slam pre-pandemic – I spoke to tennis expert Richard Phelps to get his thoughts on an exciting but nonetheless surprising return for one of the world’s best ever female tennis players. He said this:

“Clijsters retired to start a family but at the time, it was a big shock because she was still so young. I’m looking forward to seeing how well she can do when returning.

As Wozniacki says though, it’s been so long since she competed at the highest level that I’m unsure how she’ll get on. It will be fascinating to watch whether she can reach the heights she did at the beginning of the last decade.”