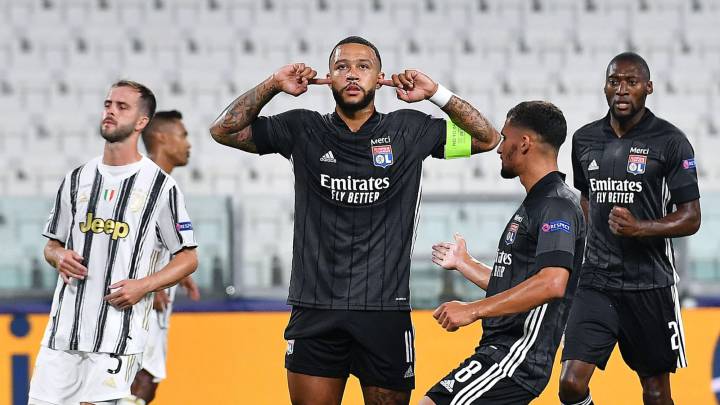 After silencing La Liga champions Real Madrid last Saturday, Manchester City have a real chance of achieving Champions League glory. Whisper it quietly, but Pep Guardiola’s men can turn an underwhelming campaign into an unforgettable one. Will they book their semi-final place here, or can Lyon spring another surprise?

Up next is a determined Lyon side, who silenced critics to beat Juventus over two legs (via the away goal rule) – despite losing last week.

Gabriel Jesus had a goal and assist, as Manchester City replicated their impressive win at the Bernabeu pre-lockdown last week.

Blame for Real crashing out of Europe’s elite club competition was levelled at Raphael Varane, but City were deserved victors.

Guardiola deployed Fernandinho at centre-back and Phil Foden in an unorthodox role as their false nine. Although his tactics appeared unnecessarily bold, they were ultimately proven justified.

Against Lyon though, they cannot afford to make any mistakes. It’s a one-legged affair, meaning anything can happen in 90 minutes. Rudi Garcia’s men will relish the underdog tag – just look at RB Leipzig and how they stifled Atletico Madrid on Thursday.

Lyon will welcome tag as underdogs

Boosted by captain Memphis Depay and Jeff Reine-Adelaide’s returns from injury last month, watch whether any changes are made after their Juve defeat.

Besides a busy Marcelo at the back in Turin, midfielder Houssem Aouar was their best player against Juventus.

Aouar will look to unlock City’s backline, as he did against Juventus last weekend

The classy young Frenchman will look to orchestrate plays and roam forward past a City midfield that have flattered to deceive at times this season.

City’s pressing was Real’s kryptonite last week, but Lyon will happily concede possession before looking to replicate the same themselves.

As mentioned, OL will use the underdog tag as extra motivation to prove their critics wrong. To even get to this stage, in many ways, is heralded as an achievement.

It’s the bare minimum for a team of City’s depth and sheer quality though. This format suits them and I feel compelled to back them as narrow winners here.