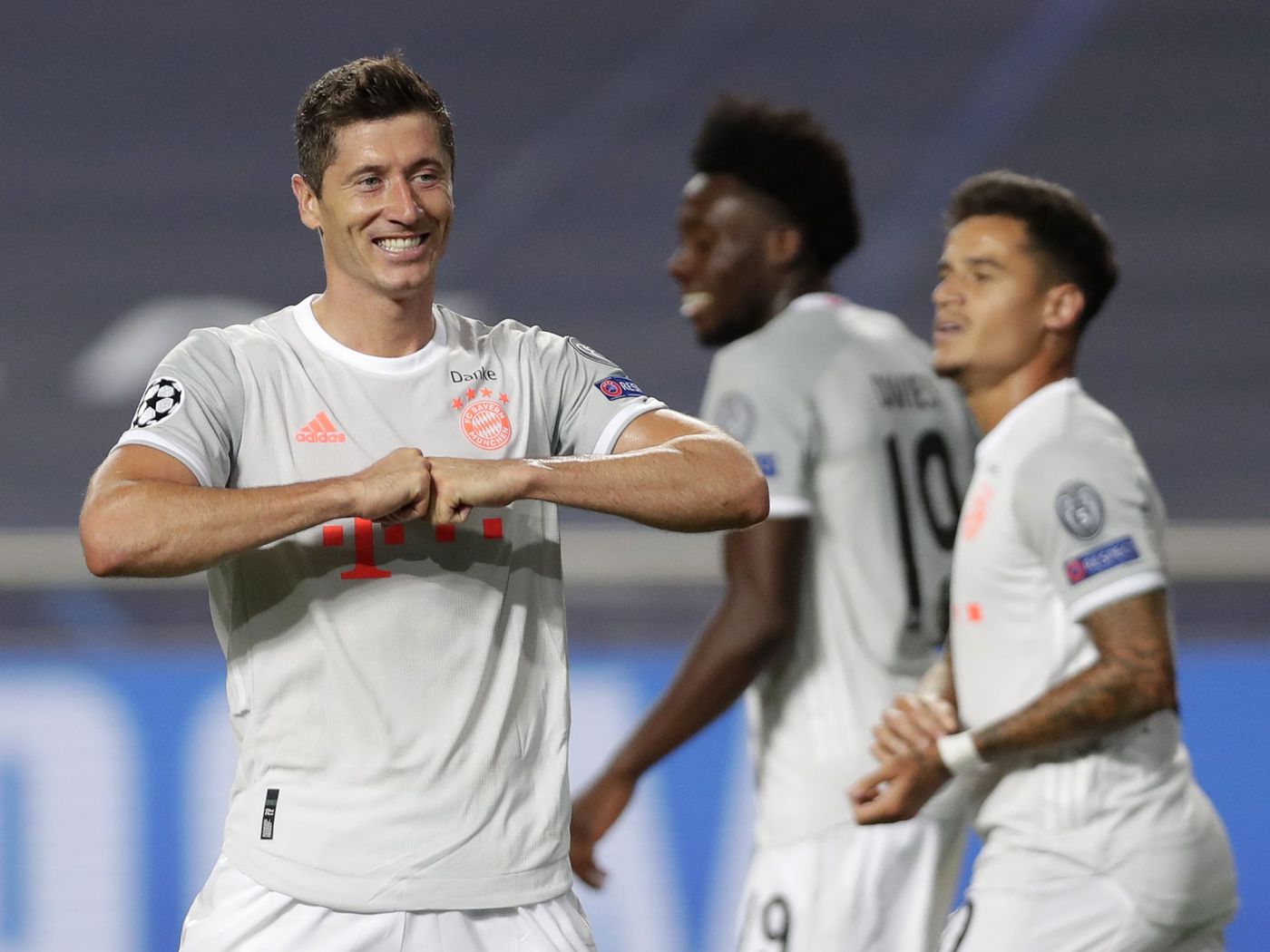 After humbling Manchester City with an impressive 3-1 win, Lyon face a quick turnaround against Bayern Munich. Hansi Flick watched his ruthless Bavarians dismantle a dishevelled Barcelona with a record-breaking 8-2 thrashing last week. Firmly favourites to book their place against PSG in Sunday’s final, are their French opposition capable of another surprise here?

Dembele celebrates one of his goals vs. Manchester City, who were stunned in the quarter-finals

Four minutes after replacing captain Memphis Depay, he helped them retake their slender lead – albeit in controversial circumstances.

VAR review didn’t overturn his strike, which trickled in off Ederson’s outstretched leg, but there was more drama to come.

A minute after Raheem Sterling’s open goal miss at one end, Houssem Aouar’s curling effort was catastrophically fumbled by Ederson. Dembele, in the right place at the right time, gleefully tucked away the rebound from close-range.

After a matchwinning brace, it’s likely Rudi Garcia will start him ahead of Karl-Toko Ekambi in attack here. They’ll need all the help they can get against a Bayern side who are more than comfortable outscoring their opposition.

They were 4-1 up at half-time against an out-of-sorts Barcelona display, who was only worsened once Philippe Coutinho was introduced. Coutinho came on, assisted one and scored a brace in a record-breaking 8-2 thrashing last week

On-loan from Barca, the creative midfielder assisted Robert Lewandowski to make it 6-2 before piling on more misery with a well-taken brace late on.

It’s likely the Brazilian will also start, presumably ahead of Ivan Perisic, in a match that Bayern cannot afford to lose.

They’re still unbeaten in Europe’s elite club competition this season. Although they won’t overlook Lyon, a first UCL final since beating Dortmund at Wembley in 2012-13 is 90 minutes away.

Lyon will again relish their role as underdogs here but it’s difficult to see Bayern adopting a similar conservative approach to the one Pep Guardiola had last week.

They’ve overachieved expectations to reach this season’s semi-finals and unfortunately, the Bundesliga champions should end that run here.