Antonio Conte hopes he can lead Inter Milan to their first major trophy for nine years on Friday, after watching them thump Shakhtar Donetsk 5-0 in an emphatic semi-final victory. Standing in their way are a side with serious pedigree in this competition, Sevilla. Having stunned Manchester United, Julen Lopetegui’s men are quietly confident of victory themselves…

They made hard work of it at times, but Inter ultimately cruised to a 5-0 win against Ukrainian side Shakhtar in midweek.

Sevilla, who stunned Manchester United 24 hours earlier, had an extra day’s recovery and watched with intrigue as Inter were under pressure at times.

Shakhtar had their opportunities and with 30 minutes to play, were only 1-0 down.

23 minutes later, the scoreline was 5-0 and they unravelled rather quickly after Danilo D’Ambrosio’s headed finish.

Lautaro Martinez showed his blossoming eye for goal by adding his second with a clever finish, before strike partner Romelu Lukaku netted a quick-fire brace.

READ: Martinez’s agent: Barca, Real, Chelsea & Man City have all called about him 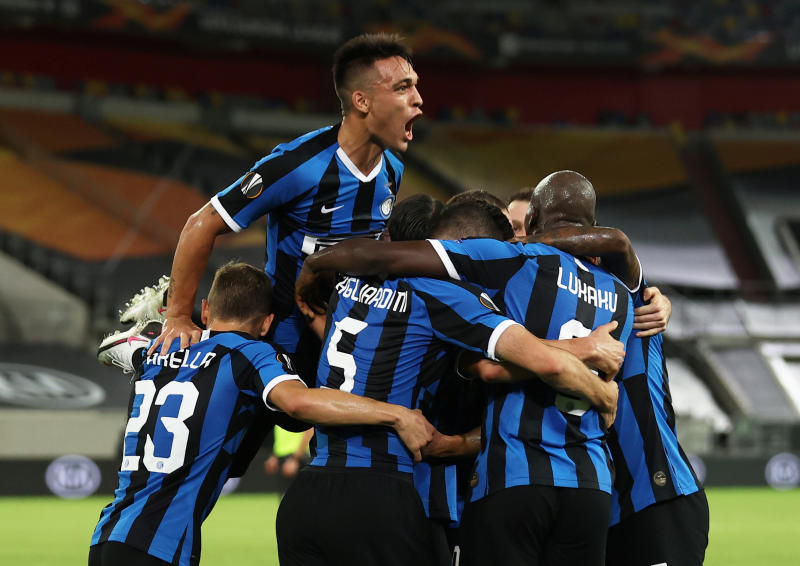 Inter have been improving as a collective unit impressively under Conte

It’s precisely that sort of relentless energy and guile that Sevilla must be wary of here, against a Conte-led Inter side who have excelled this season.

They lost their semi-final to eventual Coppa Italia winners Napoli (2-1 on agg) in June, finished just a point behind league champions Juventus in Serie A and mean business.

Sevilla’s centre-back pairing of Jules Kounde – Diego Carlos will be tested, while multiple European sides will watch this game intently.

Sergio Reguilon (on-loan from Real Madrid), Wolves matchwinner Lucas Ocampos and creator-in-chief Ever Banega are among a squad that has improved this term. 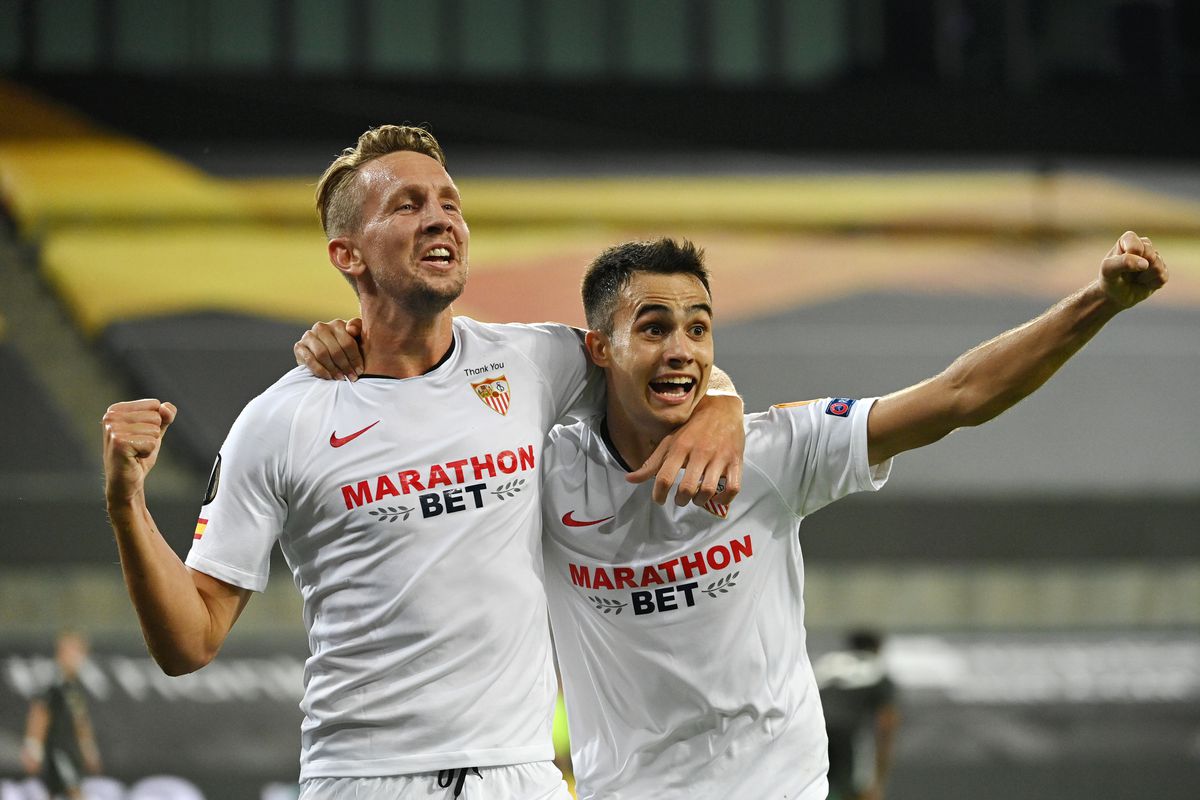 (L-R): Luuk de Jong celebrates with Reguilon, who has been linked with multiple transfer moves

This is an intriguing fixture and one that could easily go either way.

Inter are perhaps better on paper, but Sevilla possess invaluable Euro experience that will stand them in good stead for big moments like this.

The same could be said for the Nerazzurri. Bono excelled against United and will expect another busy display against Inter’s frontline, so this makes for compelling viewing.