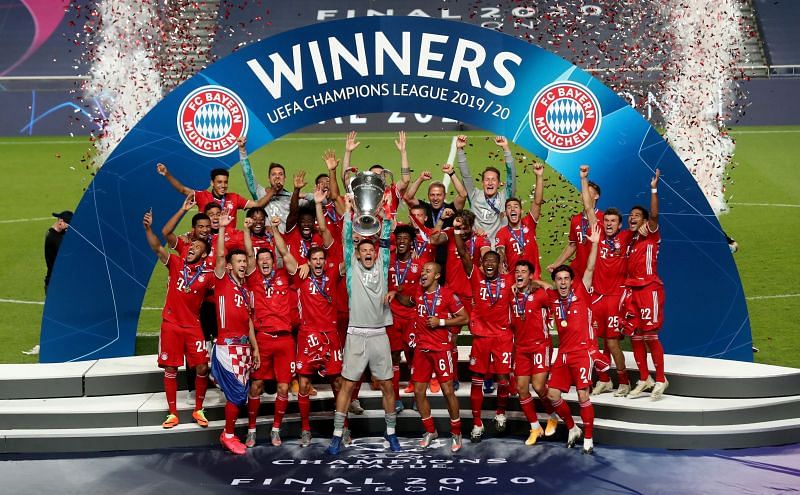 Bayern Munich ended a six-year wait for Champions League glory with a hard-earned 1-0 win over Paris Saint-Germain in Sunday’s final. What were five talking points as the Bavarians stifled PSG’s creativity enroute to sealing a sweet treble of trophies to finish the campaign on an unforgettable high in Lisbon?

It seemed fitting that Kingsley Coman – who spent eleven years at PSG – would be the player to sink Thomas Tuchel’s side, heading home after a well-worked team move just before the hour mark from Joshua Kimmich’s excellent cross.

PSG, making their UCL Final debut here, had plenty of goalscoring opportunities to respond and even break the deadlock in a cagey affair.

Neymar, Kylian Mbappe and Angel di Maria all squandered big first-half chances while they had further promising sights of goal as time wore on, though Bayern’s composure under pressure was key.

Thiago Alcantara oozed class too, in what could be his final Bayern appearance, but what were five talking points as the Bundesliga champions finished the 2019-20 campaign with a flourish here? 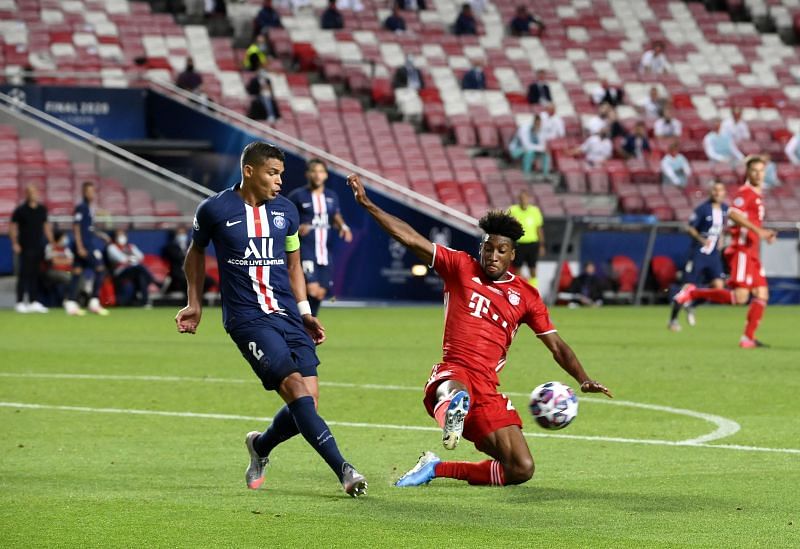 Since arriving in Lisbon earlier this month, one of the storylines has surrounded a ticking clock hanging over Thiago Silva’s Paris Saint-Germain career.

Regardless of the result, this would be the Brazilian’s final game for PSG after an eight-year spell and he did himself justice with an accomplished display against Bayern on his 315th appearance.

It was dented slightly when he received a late but equally necessary booking after halting an onrushing Robert Lewandowski – Bayern’s in-form striker, no less.

But all-in-all, the captain led by example defensively during the biggest game in the club’s history to date. It didn’t go their way, but no blame could be attributed his way – he was the busiest and best of their back-four.

Coman’s header was made easier by Thilo Kehrer’s wayward positioning, allowing him to flick the ball goalwards.

If not for the aforementioned challenge and a handful of other last-ditch interventions by Silva to deny matchwinner Coman, the scoreline would have been more comfortable in Bayern’s favour.

He completed a game-high six clearances, with one block, interception and tackle apiece. His distribution was okay (80.9%), but would have been higher had he not continued to spray long balls forward searching for creative teammates.

Reports suggest a move to Chelsea is imminent, for a man who turns 36 next month.

Thiago Silva bids farewell to Paris Saint-Germain with defeat in #UCLfinal. After 8 years & 7 league titles at #PSG, Brazil centre-back is now a free agent & despite turning 36 next month, understand a move to Chelsea is now almost done @TheAthleticUK #CFC https://t.co/efNU9XLASy

After performing like that in a Champions League final against Bayern, it’s clear he’s still got some more left at the highest level.

#4 Neymar and Coutinho, the tale of two Brazilians 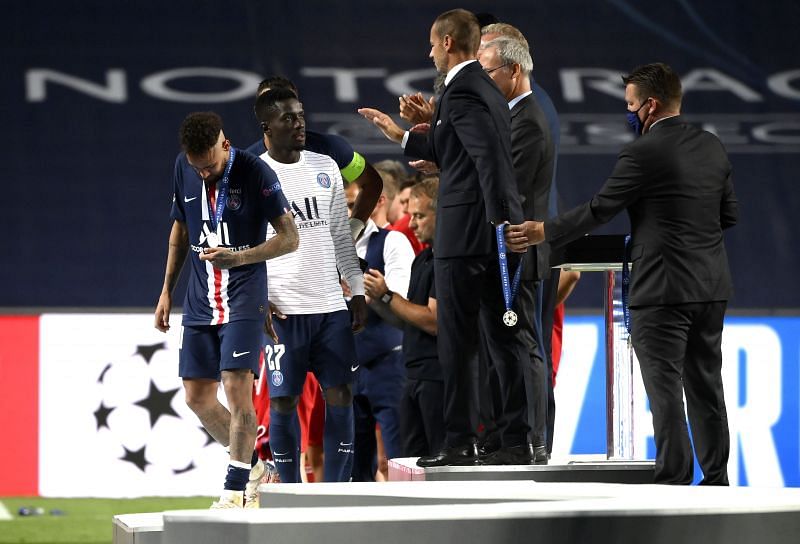 Just like Mbappe found out later on, Neymar’s move to Paris was heavily criticised – not purely to do with the astronomical release clause fee (£198m) they were prepared to pay for the forward’s services.

His situation was completely different to Mbappe, who is seven years younger and has much more scope to grow over the coming years.

He was thriving at Barcelona as one-third of Europe’s most feared trio: MSN, alongside Lionel Messi and Luis Suarez. He needed to be his own man but found himself in Kylian Mbappe’s shadow at times in the French capital.

Although his finishing has been glaringly poor recently, he stepped up in the knockout stages this season when he needed to.

This fixture was set up to be his true coming of age, at 28, having matured, embraced the trials and tribulations but developed his game along the way.

He was visibly tracking back out of possession in the first half, which spoke volumes for a player not known for his defensive contributions.

Even after having two opportunities in quick succession thwarted by Neuer, he was clearly determined to make a long-lasting impact on the game.

Then, Coman broke the deadlock. His head dropped, he struggled under pressure and was relinquishing possession for fun – the Bayern players overwhelmed him as time wore on, and finally, his frustrations were showing.

Across both teams, no player lost the ball more than his 27 times over 90 minutes.

Only di Maria (50%) had worse pass accuracy than his 59.1% on the pitch, and a promising season ended bitterly as he trudged past a Champions League trophy that has again eluded him. 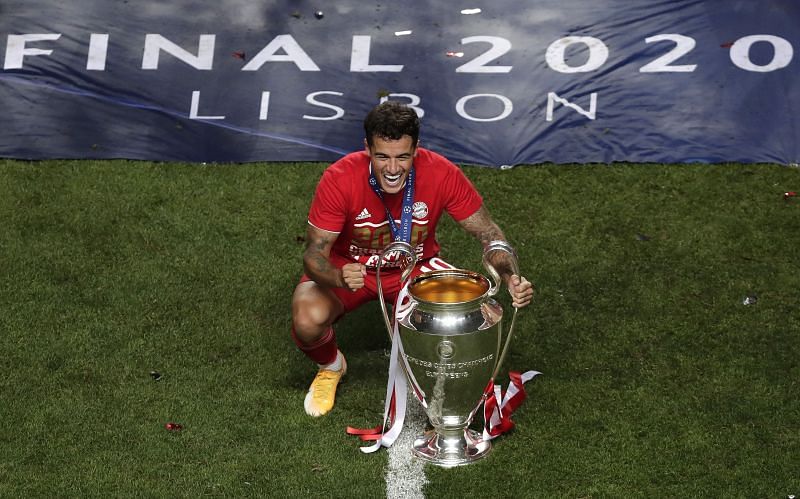 Coutinho celebrates his first UCL trophy, having helped dump his parent club out in the quarters

By contrast, it was a welcome end to a frustrating campaign for his compatriot Philippe Coutinho.

The playmaker was an expensive acquisition – not his fault – and subject to ridicule after departing Liverpool, who got exponentially better after his big-money move.

Although he hasn’t been a bonafide starter in a competitive Bayern side this term, he’s shown some flashes across all competitions.

Impressive when called upon in the group stage, he came off the substitutes’ bench to haunt Barcelona with a well-taken brace and assist late on in their historic 8-2 quarter-final victory.

He could’ve easily scored here too. He almost did with his first touch after Lewandowski lurked inside the area ready to tee him up, before returning the favour in stoppage-time.

Thilo Kehrer’s dramatic sliding tackle denied the Brazilian from potentially earning an assist, but he won’t mind. They won, after all. 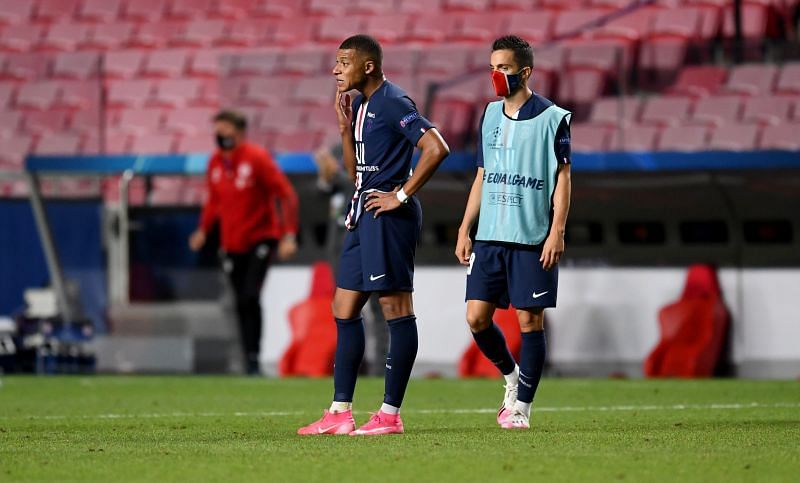 PSG had the chance to win the Champions League for the first time in the club’s history but were left to rue missed opportunities in a big way.

It’s the first time they’ve failed to score in a Champions League match for 36 games, ending what would have been a record-breaking statistic.

So perhaps it shouldn’t come as a surprise that Bayern were the team to nullify their multiple threats – though Thomas Tuchel’s frontline fluffed their lines on the biggest stage in club football.

Questions will be asked about the German’s decision to leave Mauro Icardi on the bench, instead opting for quarter-final hero Eric Maxim Choupo-Moting, but the issues were established long before he was introduced.

On three occasions in the first half, they could and should have taken the lead.

Neymar, Di Maria and Mbappe all missed great chances to break the deadlock in a match where Bayern’s persistence and experience paid off.

A heartbroken Neymar had to be consoled after the whistle 💔 pic.twitter.com/z6zFbBg9A1

So when Coman headed home just before the hour mark, it felt like a hammer blow and PSG players knew as much themselves.

You could almost sense there would be no repeat after the Atalanta turnaround and Hansi Flick’s men weren’t going to relinquish such a slender advantage.

But if your stars are presented with chances and continue to squander those opportunities, it doesn’t matter who your manager is. 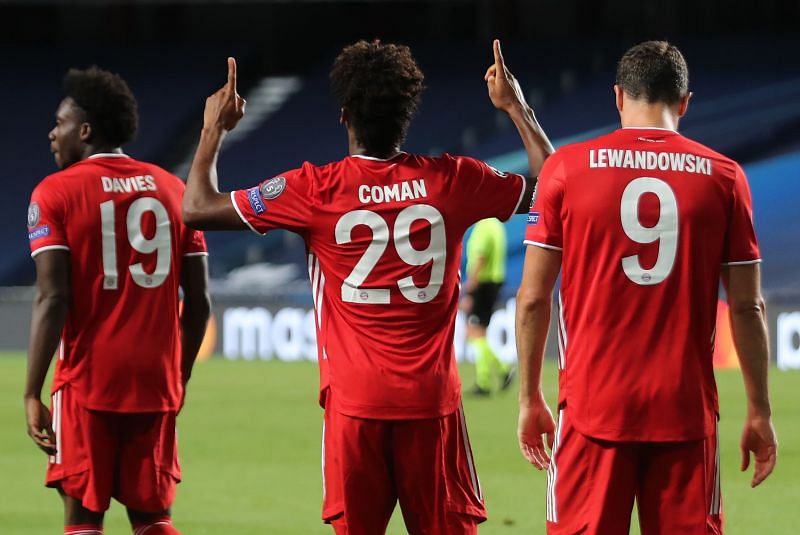 If there was one player who looked most likely to score for Bayern, it was Kingsley Coman. As mentioned earlier, he’d have had more success during the final but for important interventions by Thiago Silva.

He relished the opportunity to beat Kehrer for pace in one-on-one duels, regularly getting the better of the German.

Instead of sulking when a penalty appeal was waved away before half-time, it fuelled the fire within him to make his former side pay.

So it must have felt like divine justice when Kehrer’s lax positioning gifted him an unmarked header near the far post – flicking beyond Keylor Navas into the bottom corner.

This, for context, is a Parisian who was contemplating the possibility of retirement two years ago after persistent injuries.

He joined PSG’s academy ranks aged eight, left for Serie A champions Juventus in 2014 after just four senior appearances, and his persistence has paid off.

There were questions over whether Ivan Perisic would start ahead of him, but he importantly justified Hansi Flick’s faith in his abilities from kick-off and excelled.

Kingsley Coman: "I'm very happy, it's an unbelievable night – not just for the club, but for all the fans. Obviously, I wanted to have a good game, not because of Paris, but because I'm 100% Bayern & I was determined to win. I feel sorry for Paris, because I come from the city." pic.twitter.com/XqGSR32jvK

Refusing to rest on his laurels after his headed strike, Presnel Kimpembe and then Silva needed to make interventions as he went in for the kill before being replaced to a standing ovation after 70 minutes. This is certainly a night he’ll never forget. 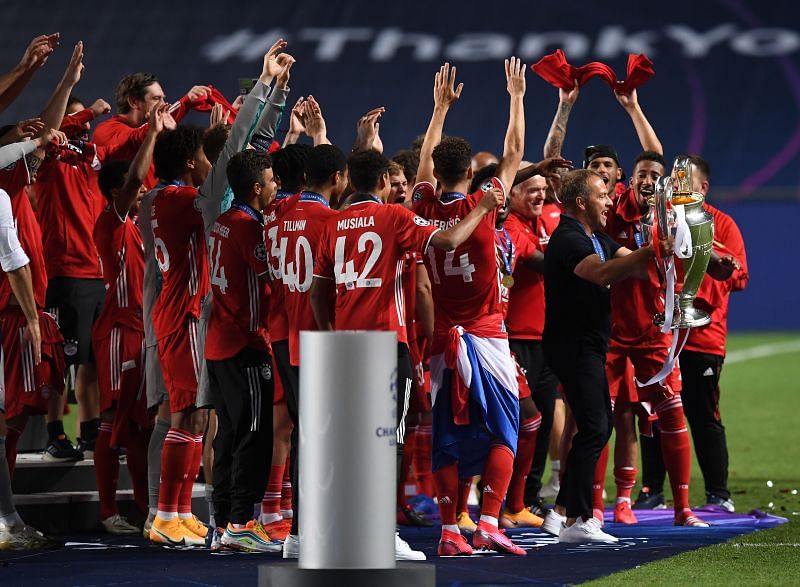 This was described as a high-octane, unmissable match between two of Europe’s heavyweight clubs.

But in the end, the better team won: Bayern’s composure and big-game experience proved decisive against a PSG side who had their opportunities, failed to take them and ultimately wilted under pressure.

The difference is, they did it against Europe’s best team, as opposed to an underdog everyone expected them to cruise past in the knockout rounds.

The one-legged format in unprecedented circumstances has helped PSG in what many critics will point out was an easier side of the draw, but they still had to win.

No opposition is straightforward – just ask Juventus and Manchester City.

Bayern cruised past Chelsea, blitzed Barcelona, tamed a buoyant Lyon before doing the same against PSG with 24 hours less recovery time and looked comfortable in doing so.

They had 62% possession, almost double their completed passes, made more tackles and outworked them too.

All in an evening’s work for a Bayern side accustomed to the big occasion: securing the treble this season and, remarkably, they’ve remained unbeaten since December 7.

Perhaps the most scary thing about Bayern is, this isn’t their peak: they’ve still got Leroy Sane to integrate, defensive frailties to iron out and will continue getting better.

Alphonso Davies’ relative inexperience at the highest level showed at times in the final, but the 19-year-old has established himself as a key cog in a machine that will keep ticking over and not rest on their laurels after their latest success.